De-industrialised Geelong to have its population 'sustainably' doubled

The G21Geelong Region Plan – a ‘sustainable growth strategy’ has big plans for Geelong and environs. The areas covered by the plan are Colac, Golden Plains, Greater Geelong, Queenscliffe and Surf Coast.

20 homes to the hectare are planned for urban Geelong.

The existing Geelong Ring Road is to be extended to Portarlington on the Bellarine Peninsula.

The Midland Highway to Bannockburn is to be duplicated.

This plan was drawn up before the loss of major industries such as Ford, Shell, Blue Circle Cement, Target, layoffs at the Banks, etc.

We expect Geelong to connect to Torquay and most likely there will be a corridor of development between Geelong and Melbourne which is partly underway now.

If you travel around Geelong, there are huge developments everywhere including 2000 blocks in Highton, extensive new subdivisions on the Bellarine Peninsula and in Fyansford where a 1000 house development has been announced this week. I have also heard that Barwon Water can barely cope with the rapid and huge development.

The consequence of this development is traffic congestion, long hospital waiting lists, pollution, inadequate rail transport from Geelong to Melbourne. 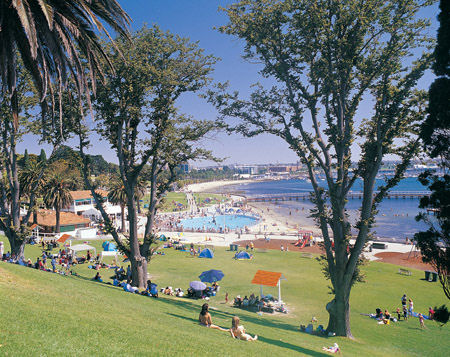 Federal elections will occur in a matter of weeks from now. Ask of each candidate seeking your vote whether he/she is in favour of this planned devastation of the Geelong region and cast your vote accordingly. If he/she claims to oppose this plan, ask what he/she intends to do about it if elected. Be sure to tell others of his/her response. Please be sure to let us at candobetter know also.

Over the next 30 to 40 years the current population of 250,000 is expected to double to 500,000. 80,000 jobs are to be created. The number of jobs, even if they are permanent jobs, won't keep abreast with population growth. Presuming almost half of the population will be adults, needing jobs, it will leave most people unemployed. Instead of this growth, there needs to be some innovative jobs creation for the existing population in the area, not have the number of jobs vacant diluted by more people! According to the City of Greater Geelong Key Economic Indicators bulletin, the average unemployment rate in the Barwon region was 6.0 per cent in the 12 months to May 2013. The Victorian rate was 5.4 per cent and the Australian average 5.5 per cent. Students are abandoning Geelong's Gordon TAFE in their thousands as the reality of the state government's brutal budget cuts begins to hit home. Apprentice and trainee numbers plummeted by 16 percent state wide in the first quarter of 2013 against the same period last year. It's ironical that we have our so-called "skills shortages" while the number of trainees and apprenticeships is being reduced by budget slashing!