Julianne Bell: Protectors of Public Lands act to save Victoria's environment and heritage

In her submission to the Victorian State Department of Planning and Community Services, Julianne Bell, Secretary of Protectors of Public Lands, quoting Professor Michael Buxton of the Royal Melbourne Institute of Technology (RMIT) shows how the proposed changes to Victoria's urban planning laws will destroy the quality of life and sustainability of Melbourne. 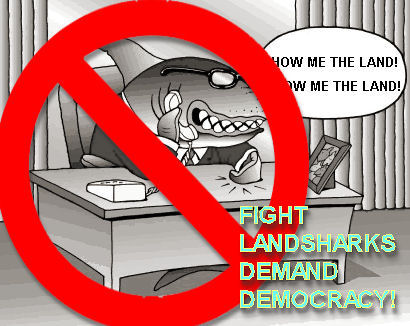 Here is a statement made by Professor Michael Buxton of RMIT covering the significance and the impact on Melbourne of the new zone proposals. He gave permission for me to quote him. I am then making a suggestion as to the need for a Parliamentary Inquiry by the Standing Committee on the Environment and Planning in order for there to be proper consultation with the public.

Significance of Review of Planning Zones: The Victorian government's proposed new planning zones are the most radical review of planning schemes in the history of Victorian planning. They will lead to fundamental changes in the way Melbourne operates, change the fabric of the city and its hinterland, and remove an extensive range of existing citizen rights. Every citizen will be affected.

The new zone proposals will:

The government recently released the report of the Advisory Committee into the Victorian planning system and its response to this report. Neither this report nor the government response advocated the changes to zones now proposed. No other justification or strategic context has been provided for the radical changes to the statutory planning system. Clearly, the government worked extensively on its changes to zones in a secret parallel process while the public was diverted to a public process which proposed only moderate change.

Impact of New Planning Zones: The major impacts will be the introduction of extensive commercial uses into residential areas, the destruction of Melbourne's traditional strip retail centres, the dispersal of commercial activities to car based areas resulting in serious metropolitan wide traffic congestion, the de-facto removal of the urban growth boundary and the extension of a large number of urban related uses into green wedges. Resident rights of notification and objection will be seriously curtailed with many new uses allowed in these new zones without the need for permits.

In particular, the zones will:

The new zones constitute a largely deregulated land use planning system drawing from the reports and lobbying of market oriented bodies and development groups and growth focused government agencies. These zones, in effect, constitute unfair competition by attempting to allow a wide range of uses in many locations. Existing strip retail centres, for example, will have to compete against new retail development built on much cheaper land far from public transport; land traditionally used for agriculture and rural pursuits will become locations for urban related commercial development and accommodation facilities in unfair competition against higher priced urban land. The principle of unregulated markets also takes no account of their public economic, social and environmental impacts, for example, the impacts on congestion of dispersed commercial development and the associated costs in delays and road construction and maintenance.

The application of the zones and the use of schedules will be subject to ministerial approval. Councils may not be allowed to select zones they regard as appropriate to land in their municipalities.

The use of overlays and structure plans may not significantly reduce the impact of the zones. For example, the Heritage Overlay is increasingly ineffective in preventing development even under current zones, and the effects of structure plans depend on the content and the nature of their incorporation into planning schemes.

Melbourne will not be the same city if these new zones are approved even in a modified form.

Failure of the State Government to Consult Victorians Properly on New Planning Zones:

Here is my comment. This complex set of proposals concerning the new planning zones was sprung upon the public which was given only a month to comment. As commented above it appeared that the public was seriously misled as ..."Clearly, the government worked extensively on its changes to zones in a secret parallel process while the public was diverted to a public process which proposed only moderate change." A number of Councils held planning forums at which planning officers attempted to enlighten the public re detail of the changes. The public encountered difficulties when attempting to make submissions by the deadline last Friday when the DPCS computer crashed. The Planning Minister then gave the public an extension for a week. Our submissions will be referred to a small committee hand picked by the Minister. Members of the Committee cannot be said to be independent.

It is extraordinary that the Planning Minister did not refer the review which is of such great significance to the Parliamentary Standing Committee on the Environment and Planning. This has not had an inquiry for the past month or so. Public submissions (to this Standing Committee) are put on the Parliamentary website and presentations to the Committee recorded in Hansard. As far as I am aware most members of the public regard this process as open and transparent where people are given a "fair go". Even if members of Parliament are split on Party lines they can write a group dissenting report. Protectors of Public Lands Victoria Inc recommends that a proper Parliamentary Inquiry be held into the new planning zones.

Meeting: The Carlton Resident's Association will present "Meet the Candidates Forum" at the Church of All Nations, Carlton.
Time: 7:30 pm.
Date: Monday 15 October 2012.
Location: Church of All Nations, 180 Palmerston St, (cnr Drummond St) Carlton.
Transport: Church of All Nations. Melway Ref 2B G6, accessible by Swanston St Trams 1 and 8 to Elgin St, and buses on Lygon St and Rathdowne St to Elgin St. (C.A.N is a short walk from Elgin St).Parking: some on street carparking may be available along Lygon Street between Elgin and Princes Street near the Housing Commission flats.

Questions: Could PPL VIC members and associates send questions for the candidates to me Julianne Bell on jbell5[AT]bigpond.com and I will sort them and give to the meeting organiser. Questions are welcome from across Melbourne and Victoria on environment and heritage in the City of Melbourne.

Advice for Voters: Kensington Association has offered useful advice to people who are constituents of the City of Melbourne re voting as follows: The election is by postal vote only. You should receive two ballots (one for the Lord Mayor and Deputy and one for the election of 9 Councillors) between 9 and 11 October. You'll need to return ballots by 26 October. Please take the opportunity to hear from the candidates to help you make an informed choice and encourage your friends and neighbours to attend. (This was also circulated by the North and West Melbourne Association.)