VCAT is proposing draconian fees on citizens who wish to protect their property and environment from undemocratic corporate backed development and overpopulation. Fees for a citizen lodging an objection to any development in 2012 were $38.80. For 2013 fees are proposed to rise to $731.80 (for developments costed at less than $1.0m) and to $1,462.30 for developments estimated at $1.0m or more. These fees would increase even more in 2014 respectively to: $869.60 and $1,737.90, and, in 2015, respectively, to $1,007.40 and $2,014.80. Add to this the cost of hiring barristers and this will make a complete mockery of democracy, which is already a laughing stock in Victoria anyway.Submission deadline is 5pm Friday 15 February 2013. 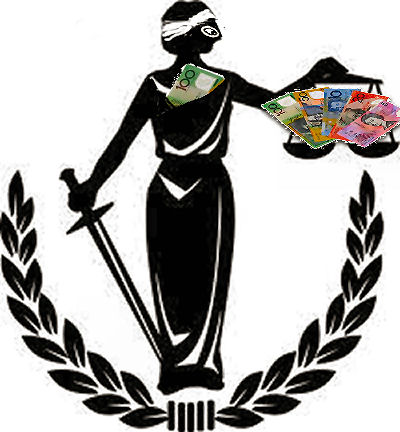 The government is trying to act to protect the interests of developers and their overwhelming vested interest in unwanted population growth by restricting peoples access to their own courts and tribunals through the imposition of draconian fees. The fact is that so many 'developments' (multiple new structures with costly impacts) are being forced on the people of Melbourne and Victoria that their objections are clogging up VCAT. Although VCAT stands for the Victorian Civil and Administrative Tribunal, instead of heeding democratic objection and curbing this remorseless overdevelopment, the government is attempting to stop democratic objections by making them too costly for citizens to bring about. This is a total scandal and if the government succeeds in removing most peoples' ability to influence what happens around them to their environment, there will be very little left that it will feel that it cannot do. Making government for big business is a major part of fascism, as is removing access to the law for communities. The only thing lacking now is overt violence against citizens.

Here is information regarding the proposed fee increases at VCAT (they want to cover part of their costs). Submissions are invited on the attached Regulatory Impact Statement no later than 5pm Friday 15 February 2013. Information on how to make a submission can be found here: http://www.justice.vic.gov.au/home/the+justice+system/regulatory+impact+statements/ris+for+proposed+vcat+fees+regs.

Go to the Regulatory Impact Statement, near the bottom of the page.

It could see an objection against a development valued at over $1m go from the present $38.80 to $2,014.80. Obviously a massive cost impost on any affected person objecting to a development

2. If the proceedings are in respect of a development of any kind where the estimated cost of the development is $1 million or more

Kelvin Thomson’s submission re this matter:

The Age article on the fee increase is here: http://www.theage.com.au/victoria/vcat-fees-set-to-rise-20130108-2cdtr.html.

The Herald Sun article on the fee increase is here: http://www.heraldsun.com.au/opinion/vcats-win-is-peoples-loss/story-e6frfhqo-1226549124582

What we have here in Victoria - and the same thing is happening Australia-wide - is a small set of people who happen to have been able to get financial domination of institutions and land-use planning and who are now using the parliament and the law to get whatever they want by depriving all the other citizens of their democratic right to self-government and control over their environment. Another name for this power-elite is the Growth Lobby.