Queensland Government Knocks Over the Witches Hats by Kelvin Thomson

In 2010 I visited Queensland on several occasions to give speeches about rapid population growth, in Brisbane, on the Sunshine Coast, and at the Woodford Folk Festival. I encountered great unhappiness at the impact rapid population growth was having in Brisbane and South-East Queensland, and was not surprised when the Queensland Labor Government was defeated in 2012, although the scale of the defeat was remarkable. (Article republished from Kelvin Thomson's site: http://kelvinthomson.blogspot.com.au/2015/02/queensland-government-knocks-over.html 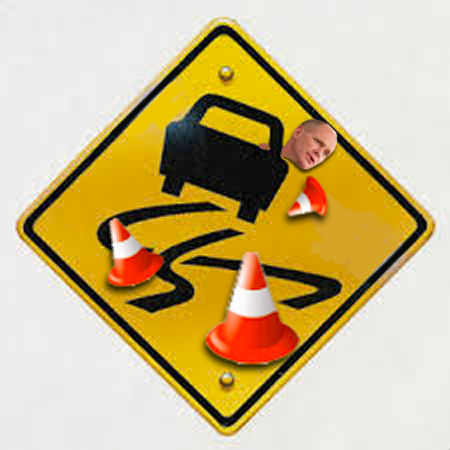 In many respects the Queensland Government had fallen victim to the same problems that had beset the Victorian Labor Government which was defeated in 2010. But like the Victorian Labor Party the Queensland Labor Party has now pulled off an astonishing turnaround, apparently regaining office in a single term and toppling an elected Premier in the process. Ted Baillieu was replaced by his own party and did not get to contest the election; Campbell Newman lost his seat.

No doubt factors like broken election promises, the 24/7 media cycle, the Global Financial Crisis, and voters choosing State and Federal Governments of different complexions, are having an impact. But one feature of the past decade is regularly overlooked. In 2004 Australia had a net migration program of 100,000. Then in the space of three years it ratcheted up to well over 200,000, where it has stayed. This doubling has given Australia rapid population growth for the past decade – we now have an extra million people every three years. Prime Minister Howard, who introduced this rapid increase, lost his seat at the 2007 election.

I have become convinced that rapid population growth and political instability go hand in hand. I think of this as the Witches' Hats theory of government. Think about those Advanced Driving Courses that require drivers to drive in slalom fashion through a set of plastic or rubber orange cones, commonly called witches hats. The driver's mission is to avoid the hats. If they hit a certain number, they fail the test.

The Queensland and Victorian Liberal Governments were elected on the back of public discontent with issues such as planning, public transport, cost of living, housing unaffordability and job insecurity. But as these things had been caused by rapid population growth, and the growth continued, they did not solve those problems, and paid a massive electoral price for it. For example Governments get punished for trying to sell off public assets. They do it to raise money to build new infrastructure, or pay down debts incurred as a result of past infrastructure building. But they would not need so much money, or so much infrastructure, if the population wasn't growing so fast. The Queensland academic Jane O'Sullivan says that population growth of 2 per cent doubles the infrastructure task compared with that in a stable population.

It is not only in Australia that rapid population growth drives political instability. It happens right around the world. Governments in the Scandinavian countries with slow population growth are able to solve people's problems and enjoy considerable political life expectancy. Countries which have high birth rates, like Egypt, Nigeria and the Philippines, have chaos. In the Pacific Islands Samoa has had a relatively stable population, and stable government, for decades, whereas Papua New Guinea and the Solomon Islands have had neither.

It is not fashionable to focus on our past decade of rapid population growth as a cause of Australia's political instability and volatility. Some are happier focussing on the alleged personal qualities of our leaders – they heap praise or derision on Anna Bligh, or Tony Abbott, or Campbell Newman, when the fact is that a different leader with the same policies would have led to the same result. Others want to interpret election results through a highly ideological prism, and come unstuck as a consequence of believing too much of their own propaganda.

It is probably too late for Tony Abbott. But perhaps his successor, or successors, and other political leaders around Australia, might want to ask themselves "do I want to be yet another casualty of our equivalent of the Colosseum, or do I want a respectable time in office, as Prime Ministers and Premiers had as recently as the 80s and 90s?" And if so, isn't the way to improve my political life expectancy to slow the population car down and focus on solving people's real life problems?

Treasurer says the 40 year outlook is grim, as Australia’s AAA credit rating is questioned. After nearly 25 years of glorious economic growth, and "prosperity", our future looks grim? The five-yearly Intergenerational Report will reveal the challenges of the next 40 years, including an ageing population that will need better health and aged care. However, Treasurer Joe Hockey is maliciously pinning our poor economic future on the costs of an AGEING POPULATION! Older people will drain the nation's coffers, with their need for health care! This is despite chronic youth unemployment! Ongoing population will ensure that each generation has a bigger "ageing population" and many will not be financially independent due to long term unemployment! We are being painted into a corner. Treasurer Hockey is under intense pressure to strike an acceptable balance between unpopular cost cutting measures and stimulating a sluggish economy. He's ignoring the cost of the sugar-hit of revved up population growth, of a full throttle of immigration, that's been used to mask our ailing economy! The costs of growth are being ignored. Immigration has been used for too long an economic boost to consumerism, and our economy has become oversized, obese, and ready to topple over with the costs of welfare - as a result of over-consumption, greed, short-term fixes and addiction to "growth"! Poor economic ratings - just add a few more thousand people and when that sours, and accummulates costs, just add more people to help pay the debts! The addiction to "growth" has come to rest, and our future is looking "grim" because the costs of growth outweigh the benefits! So, the cost of the "ageing population", not population obesity, is being blamed! National Debt threatens our future

The ant and the grasshopper

Australia has been the grasshopper, wasting what we could have had, and left nothing for when we need it. More advanced nations like Norway kept funds aside, but we chose to subsudise growth, speculate, speculate and speculate and gamble. The money is tied up in assets, and cannot be unlocked as the reserve bank and the state ensure this wealth can remain tied up, to benefit those who hoard it. The "aging population" needs to make a decision as to whther they get to keep what they have, or have it liquidated. Because unless things redress, it will be the only solution.