Looking down the tunnel of the IGR to a poorer future

The Intergenerational Report's (IGR) predecessors assume that the answer to our future prosperity lies in the combination of population growth, productivity and participation. After an almost unprecedented 24 consecutive years of economic growth, we certainly have achieved population growth, productivity is declining, there's record high unemployment, but where's the prosperity? 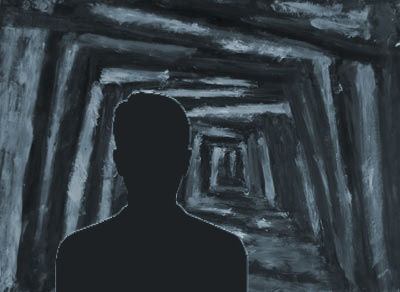 The report says that to drive higher levels of prosperity through economic growth, we must increase productivity and participation. If we are to achieve these goals we need to encourage those currently not in the workforce, especially older Australians and women, to enter, re?enter and stay in work, where they choose to do so.

Federal Treasurer Joe Hockey laments that by 2055 around 22.6 per cent of the Australian population will be aged over 65 and that there will only be 2.7 people of traditional working age to support the older population.

... the Intergenerational Report shows the growth in the costs of many services, especially in health, that will put pressure on the budget and threaten the sustainability of those services. Every day our spending exceeds Government revenue by more than $100 million. To make up the shortfall we have to borrow that $100 million per day.

If spending exceedes revenue, surely it's time to reconsider and redefine what's meant by "economic growth"? Family or individual households can't be maintained in this manner, and neither can businesses.

Income tax and goods and services tax, and taxes on superannuation – the taxes that affect us – will have to climb in order to fund the things we are going to need!

Beyond 2017-18 Commonwealth grants to states for hospitals will increase only in line with the population and the consumer price index. But the cost of running hospitals is continuing to climb. Not meeting that cost is unrealistic (unless the states meet it by doing something such as lifting the goods and services tax) but it holds back the projected deficit.

Australians could face record taxes in order to balance the budget if the full suite of government’s economic measures are not put in place, according to the recent intergenerational report!

But the future of the Australian workforce will mean Australians will need to work longer and harder over the next 40 years in order to sustain the nation’s economy.

David Richardson from the Australia Institute questions our Treasurer Joe Hockey on the importance of workforce participation and technology and the role that health technology. By implication, education is going to play in economic growth into the future productivity, but none of those things are in the Intergenerational Report. It's assumed that productivity growth is 1.5 per cent for now and for ever, no matter what. Tertiary education, and skill training, is becoming prohibitevely more expensive, and based on a business model - hardly encouraging productivity and cutting-edge innovation!

While the recent Intergenerational Report references how technology is changing our lives it failed to properly quantify the shrinking correlation between future productivity gains and job growth. The Intergenerational Report expects Australia's past level of productivity growth to carry on into the next 40 years, largely on the back of technological change and innovation. On the contrary, our big exports of education and housing are hardly productive, and manufacturing is declining.

High immigration may have no effect on productivity, as data shows, or as the Australian experience suggests, may reduce it. And it can be irrelevant to participation.

Participation
Participation refers to how the workforce can allow people to work later in life, as well as how workforce options and flexibility can build the participation of more young people and women. So apart from population factors, participation and productivity hold the key to future economic prosperity.

Currently, three fifths of our population increase is through migration with only two fifths from natural increase, so it’s already pretty high by historic levels.

The IG report notes the importance of migration to the country's economic performance acknowledging over the years, migrants "tended to be younger" than the resident population and therefore "helped push labour force participation rates". On the contrary, unemployment within migrant groups is higher than averate, and migrants actually don't stay "younger" but age at the same rate as everybody else- one year more per year!

Australia's population growth rate has increased above historic trends, largely due to immigration. Since the Sydney Olympics in the year 2000 the population of Australia has grown by 25 per cent. The ABS predicts population will be around 40 million in 2061 and up to 70 million by 2101.

Dr Jane O’Sullivan, of Queensland University, makes the point that each new person we need to spend at least $200,000 on infrastructure. (Some would say more like $500,000). Rather than producing prosperity, our unwieldy economy is costing more to maintain.

Australia will become even bigger, denser, and more multicultural over the next 5 years. Some ‘Aussie Dreams’ may start to disappear such as the ‘quarter acre block’ and along with it the Hills Hoist garden shed and enough space for a game of backyard cricket. People are to be more crammed together, for the benefit of "economic growth"? If lifestyles can't be maintained, then who benefits?

McCrindle- population growth in the media

Our economy is staggering under the weight of heavy demands, yet illogically it's assumed that we can "offset" our ageing population's costs through high population growth?

A growing number of voters say they would now support an increase in the rate of the GST, following a year in which the tax has been a simmering political issue. The Abbott government on Thursday revealed plans to subject downloaded music, movies and books to the GST in what Federal Treasurer Joe Hockey calls an 'integrity' measure, not a broadening of the GST. So, welfare is being cut, piece by piece, and taxes are increasing. Where's the prosperity?

Experience shows us that rapid population growth is no guarantee of economic prosperity, and conversely a stable population does not doom a country to economic failure.

How to shut down an immigration debate

How To Shut Down An Immigration Debate 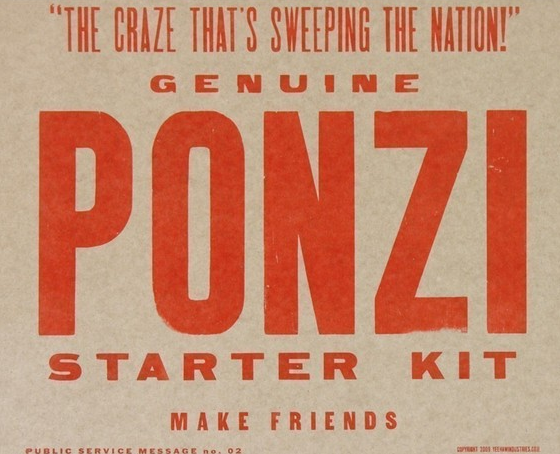 Big Australia, or big anywhere, is a contentious issue. The population ponzi scheme is a concept the public appear to find noxious. There's no votes in packing more sardines into the Australia can. Aware of this, sniveling politicians have often schemed a way to get the public to focus on their rhetoric and ignore their government's ever increasing immigration numbers.

Take war monger and lying rodent, John Howard. During his time in office, Howard more than doubled the immigration intake. Hilariously, immigration also pumped from those Sandrockistan countries that truly agitate 58 year old disability pensioners, bereft of hope, who while away their days ranting on Larry Pickering's blog. The exact group who continued to vote Howard into power because he told them, "we will decide who comes to this country and the circumstances in which they come."

Dr Karl Kruszelnicki says he was duped into appearing in IGR

Prominant Australian scientist Dr Karl Kruszelnicki has walked away from his endorsement of the government’s intergenerational report, saying he regrets taking part in advertisements spruiking the document. He agreed to be the public face of the report in television, online and radio advertisements on the basis it was an independent, bipartisan, non-political document. Dr Kruszelnicki now says it was a mistake to take part in the campaign, describing the report as “flawed”. Of course, he doesn't mention our pumped up population growth as one of the inconsistent "challenges" of the report. He was probably warned about not mentioning immigration rates, and any glaring inconsistency of making feeble attempts to address climate change! He agreed to do it to support long-term policy making and because he gets paid "bugger all" by his employers, the ABC and the University of Sydney, he said.SMH:Dr Karl Kruszeinicki - my role in government video does not mean I'm a Liberal party stooge Treasury secretary John Fraser told a Senate estimates hearing last month that the report "is the Treasurer's document" - and nothing "independent" about determing our future and offsetting our ageing population with extreme population growth. Dr Karl Kruszelnicki (scientist, author, broadcaster, educator) is a prime example of how successful our Multicultural program is - as if all migrants end up as successful as him? The IGR advocates population growth, that's enough to tell us that the report's ludicrous and will destroy the life style of future generations.