American Regime: 10 reasons why America is now a "Regime"

We are constantly seeing and hearing our American media use the word "Regime" these days. So exactly what is a "Regime"? Apparently it is whatever you want it to be.

Whenever Wall Street and/or War Street want to vilify a country that disagrees with their policies of occupation and exploitation, they always begin their vilification program by calling that country's form of government a "Regime".

In reverse, Saudi Arabia is not a "Regime" -- even though the House of Saud uses torture, suppresses dissent, beheads people, treats women badly, brutally invades other countries and supports Al Qaeda and ISIS. http://www.informationclearinghouse.info/article41834.htm

The House of Saud has spent over a trillion $$$$ of its enormous petro-dollar wealth over the last half-century on killing people and being despotic. Just imagine what the Middle East would look like right now if the Saudis had chosen butter instead of guns. What a waste. And yet Saudi Arabia is still not considered to be a "Regime" by American media. /node/4421

Israel never gets called a "Regime" either -- even though it supplied Iran with weapons back when Khomeini was holding Americans hostage and it kills Palestinian children with impunity, foments wars whenever possible, runs secret torture prisons, is a neo-colonialist in the worst sort of way, appears to even be anti-Jewish, uses 9-11 to its advantage and has notoriously corrupt leaders. http://buchanan.org/blog/our-next-mideast-war-syria-15984

And now America seems to have become a "Regime" as well -- even though nobody ever dares to call it by that name. But if it walks like a duck and quacks like a duck....

Here are at least ten reasons that cause me to suspect that Wall Street and War Street are running a "Regime" here in America too:

Reason No. 1: Torture. Black sites. Rendition. Indefinite detention of Americans. Stuff like that. Our tax dollars at work.

Reason No. 2: No one is ever allowed to examine (let alone question) election results or voting machines here in the USA. Remember GWB, for instance? Never legally won an election in his life! Or take those new voter restrictions that have suddenly become so popular in the Ol' South. You would expect something like that in the old Soviet Union or in the bad old days of Jim Crow -- but not here, not now. And yet here it is. http://evergreenedigest.org/bb-king-and-our-blatant-racial-revisionism-south-still-denies-roots-americas-music

No one is ever allowed to examine (let alone question) election results or voting machines here in the USA. Remember GWB, for instance? Never legally won an election in his life! Or take those new voter restrictions that have suddenly become so popular in the Ol' South. You would expect something like that in the old Soviet Union or in the bad old days of Jim Crow -- but not here, not now. And yet here it is.

Reason No. 3: Spying on its citizens. NSA. The Patriot Act. Snowden and Manning are being persecuted for spying -- while FaceBook, Google and NSA get a free pass. http://www.theguardian.com/commentisfree/2015/may/06/were-citizens-not-subjects-we-have-the-right-to-criticize-government-without-fear

Reason No. 4: Ferguson. Baltimore. Zuccotti Park. Oakland. Military tactics used to violently suppress the American underclass if they dare to complain that their jobs are all disappearing, their children's education sucks eggs and their tax dollars are being spent on military adventurism in foreign lands instead of on infrastructure here at home.

Reason No. 6: No daycare! I just threw that in because I'm now babysitting my wonderful three-month-old granddaughter so that my daughter can go back to work. Even Iraq under Saddam Hussein had free daycare! Even Cuba under Castro.

And when Sofia goes off to kindergarten in five years, then I'll finally be able to go back to being a war correspondent again -- knowing for certain that the American "Regime" will still be subsidizing despots and Endless War in the Middle East even five years from now. What a waste.

Reason No. 7: Media suppression. You think that you might have some good ideas about telling truth to power around here? Then don't expect to get a job with the New York Times or the Washington Post any time soon. Shades of the old Pravda.

Reason No. 8: Cops and the military (again). Peaceful protests are suppressed here just like they are in Occupied Palestine. Rubber bullets and tear gas R Us! Our cops recently used tear gas on protesters even here in my own hometown. And then there are all those poor countries abroad that have been Blitzkriegged by our very own Luftwaffe and then invaded by our very own Storm Troopers. I could drone on and on about that!

Reason No. 9: Our Supreme Court. Scalia would feel right at home in Nigeria or Haiti. There's not a single corrupt corporate take-over that he doesn't like.

Reason No 10: Corporatism itself. Nazi Germany ran on "Corporatism". Hitler just loved handing out corporate welfare. And so do our so-called leaders. Nazi Germany was a "Regime". Perhaps America is too. 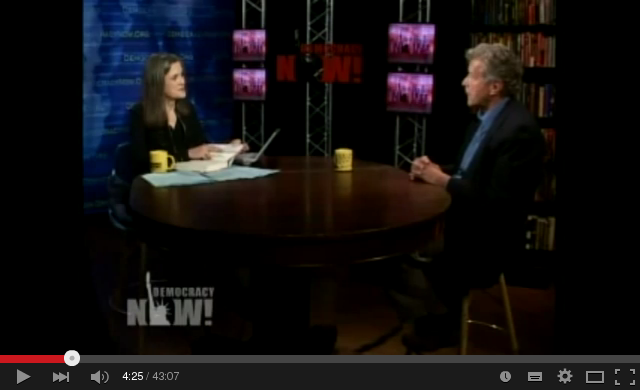 I rest my case.

This article first published on Jane Stillwater's blog at http://jpstillwater.blogspot.com/2015/05/american-regime-10-reasons-why-america.html)

The audit by Infrastructure Australia spotlights transport networks as needing serious attention to cope with a national population that will grow from 22.3 million in 2011 to 30.5 million in 2031. Our infrastructure backlog is not growing independently, or in a vacuum! It's being outstretched by heavy population growth. SMH:$53 billion congestion crunch looms warns Infrastructure Australia The report put the cost of congestion on all urban roads in Australia at $13.74 billion in 2011. It's a looming Ponzi scheme of greed, a self-fulfilling cycle of growth, then more congestion, more retrofitting of our over-crammed cities, and then a backlog of infrastructure that grows and grows and demands more taxpayers to help pay for it! We've landed in the middle of a big and growing Juggernaut we have to keep paying, but never get out of. We may as well claim that Australia is now a "regime", rather than a democratic government. This "growth" is not allowed to be questioned, and is outside public debate. However, the public will lose productivity and they will be force to foot the bill! This cost is killing our economy, and the only way our governments can see out is more "growth" and more infrastructure. It is shifting the blame onto the population that never asked for hundreds of thousands of immigrants per year. Infrastructure Australia chairman Mark Birrell said that "It is time for the nation to treat population growth as a fact, a fact our nation should accept and gear up for..." It's not a FACT, but politically engineered, outside democratic processes! "Without action road travel times in Perth, Melbourne, Sydney, Adelaide, Brisbane and Canberra are expected to increase by at least 20 per cent in the most congested corridors by 2031." What is the point of a "growing" economy when our quality of life is trampled in the process? It makes people no more than cogs in the wheel of the machinery they are trapped in. It's a false economy that relies on population growth for the desired figures so politicians can put up charts to impress voters and retain power to make greater profits for their corporate sponsors. As most of the growth is from economic immigration, and family reunions, then there must be a cost/benefit analysis of bulking up our population, considered against huge infrastructure spending. Infrastructure was cheaper initially, but retro-fitting our cities is hideously expensive and 70 million people by the end of the century needs a re-think! More reason to vote for Sustainable Population Party next elections.