Why does overcrowded Victoria still advertise for more economic immigrants?

All states and territories of Australia aggressively tout for economic immigrants via their state website ‘immigration portals’. Despite our infrastructure, congestion, unemployment, cost of living and housing problems, these state websites continue to present our cities and states as regions in need of mass economic immigration, from foreign homebuyers, investors, professionals and their families. These portals put wealthy people overseas in touch with migration agents, solicitors, property sales people and offer government sponsorship. Business has speeded up and expanded globally with the internet, since the late 1990s. It is bipartisan Lib-Lab and supported by the Greens, who suppress any discussion of immigration rates. 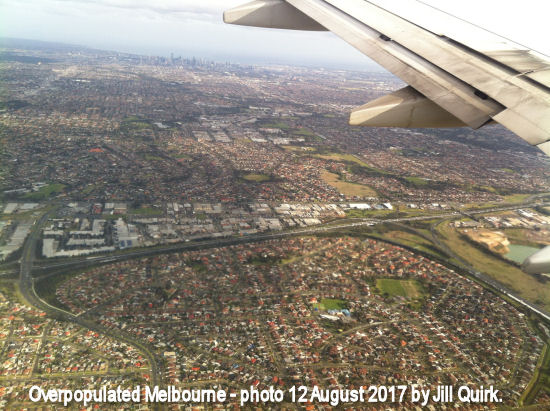 While you are being told that Victoria has a growth rate of 2.4, of which 60% is due to overseas immigration, and a dangerous shortage of infrastructure, you will not be invited to question these immigration numbers. If you do, you will be told that immigration numbers are the province of the Federal government and the States cannot do much about it.
Since the 1990s this has been untrue. The states tell the Federal government how many immigrants they want. The states also manage land and water, and have land-production departments/corporate entities, associated with political parties and lobbies. Huge amounts of money change hands. No-one knows where it all goes.

If our politicians really wanted to reduce the pressure and hardship in Australia, they would tell prospective economic immigrants that we have a population growth problem, end sponsorship and reduce immigration. That they do not do this shows that they are working for the property investment lobby and against ordinary wage justice, not for most Australians. Refugee numbers need not be affected.

Correspondence to me from a resident of Narre Warren North

The Minister for Roads,Luke Donnellan,and the State Member for Narren Warren North,Victoria, has invited me and other local residents to a morning tea on 22 September.He has asked for questions and suggestions so I have handed his office the following question for a response:

"Melbourne is not The most liveable city in the world because governments are not accepting responsibility for the impact of an unsustainable population growth rate.Victoria's underemployment rate is at a record high of 9.5%; a key measure of economic health. Growth needs to be moderated to better reflect the capacity of the state's economy".

My correspondent received a prompt phone call from the Minister's Office to say that he was NOT allowed to raise this question at the morning tea.

I am amazed at the arrogance of the people who have taken over power here. But at least people can see it on candobetter.net. Wonder what questions the Minister Luke Donnellan will allow to be raised? What a dishonest invitation he has issued.