Why didn't Voltaire recognise hate speech and realise it was a problem?

During the 80 years following 1789 that it took for the French Revolution to acheive its aims as the Third Republic, the people of the third estate (that is neither church nor noble) launched many newspapers and founded many societies where they could meet and discuss matters. With the support of the church and the powerful, the State attempted to close down all these newspapers and to prevent people from distributing them. Finally meetings became almost impossible. Because of this, the 1848 revolution was organised through a series of massive banquets, held all over France, at one stage, on an average of every three weeks. Maybe this is what ordinary Americans should do, because their political masters certainly want to scuttle any real political debate by targeting the alternative media - starting with the US's Alex Jones, an independent radio show host operating from Texas. Jones is possibly the biggest threat to the corporate 'mainstream' media. The Alex Jones Channel on YouTube existed for over ten years and reputedly had over a billion views, [1] but it has suddenly been banned by YouTube. 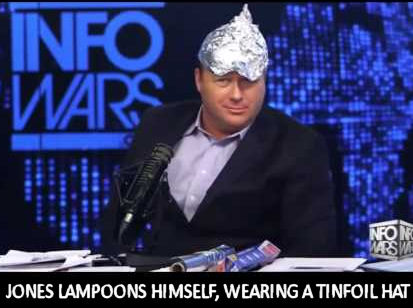 Who benefits from alternative media censorship?

There have been arguments that YouTube, Twitter and FaceBook are not publications, so they cannot be accused of censoring. There are arguments that, because YouTube, Twitter, Vimeo, Spotify, and FaceBook are corporations, their actions cannot be feared like state censorship. However YouTube, Twitter and FaceBook etc can be bought by big advertisers, and they appear to have been bought by the corporate mainstream mainstream. Who are the beneficiaries of the ousting of Jones and people who support him? The corporate media. The corporate media is rumoured to be in its deaththroes, losing readership, audiences and advertisers. People prefer the alternative media, which presents far more complex political views than the corporate one. Instead of broadening the views they publish in order to attract people back, the corporate mainstream prefers to remove the alternative views. One can only assume they have a lot to lose from these views. Certainly they are owned by and promote people who have a great deal invested in wars all over the planet, which the alternative media criticises. Jones himself wonders if he has been removed from his usual platforms because the deep state is planning some huge false flag and wants to disempower those who might analyse this. (See video here for his statement: https://www.minds.com/media/876525109659136000.)

Whilst you may agree with some things, and disagree with many things, Alex Jones says, he is a true giant of independent journalism. The threat to Alex Jones is clearly a threat to everyone else. The 'left' is not safe either. Venezuelan radio Telesur has recently also been removed from YouTube in similar circumstances.

These problems with big tech media platforms were eminently predictable. Most of these media platforms are corporate structures, operating on traditional advertising models, which include major political advertising and funding. They are all located in Silicon Valley and they appear to have cooperated to ban Alex Jones. Because of these inherent structure big tech problems, people are finally mounting an opensource dispersed alternative. One of the most promising appears to behttps://www.minds.com It uses Linux and can be copied and republished from multiple locations by anyone who wants to do so. It uses cryptocurrency in a reward system for its contributors.

In this video, Bill Ottman, founder of Minds.com, joins Paul Joseph Watson to discuss Big Tech’s persecution of Americans that have a different opinion. Bill suggests a “digital bill of rights” as a solution.

Is the enemy of my enemy my friend?

A candobetter.net writer recently expressed sadness at the idea that some people against population growth were becoming sympathetic to the right wing because it is virtually the only voice that criticises immigration levels. Sadly, he said, by rejecting high immigration and globalism, such people have embraced right wing nationalism by default, despite all the nastiness of the 'right'.

"The enemy of my enemy" is an interesting perspective. It is true that supporting an enemy of your enemy is often the only way to combat your enemy, if no friends support you. If that means you are also supporting stuff you don't like, then you have to weigh the benefits up against the contras.

The media situation in the United States gives interesting examples on this, on issues of globalism vs nationalism, most prominently in the matter of immigration restraint. None of the corporate press, except for Murdoch who may be competing against Soros for media and political influence, will deal with fair arguments against high immigration and big populations.[1] Murdoch's Fox News, however, now has a string of supporters for Trump's immigration policies. Most of them, however, also support his pro-Israel, anti-Iran and anti-North Korea warmongering.

Tucker Carlson is the one Fox journalist who addresses questionable aspects of most of these policies but remains firm on immigration. He even criticises overpopulation, using the example of California. But, because he is speaking to Republicans, he also must criticise abortion and treat communism as diabolical, rather than an alternative political system, using this branding as a justification for all of capitalism's excesses, which have created the growth lobby. Actually, Tucker Carlson has even managed to inject some subtlety into these matters recently. Everyone wonders how long he will last.

Then there is the above-mentioned Alex Jones, the biggest threat to the establishment, apparently. He has an evangelical style of political news reporting as well as professing to believe in God and Christianity. He maintains a traditional anti-communist stance. Unlike many Americans, he realises that Russia is no longer communist, and has recently interviewed Russians. He has also questioned US war activities in the Middle East, especially Syria. He did not start out questioning the US Middle Eastern antics, but he has changed. Comments on his sites are almost completely uncensored. Some come from total nuts, but some come from obviously sophisticated people, who realise Jones's influence and seek to inform him. Jones appears to respond to informed comment and to change his tack. This man commands a huge audience, appears to have significant connections with the Whitehouse, yet presents a serious threat to the corporate press. Whilst a supporter of Trump, he has severely criticised Trump. He also employs the British correspondent Paul Joseph Watson, who has immense appeal in his cutting logic and humour, lampooning political correctness. Watson has a channel on youtube but appears to be moving to the new opensource platform, https://minds.com due to the unreliability of youtube support and the utter dead end of corporate internet platforms in matters of alternative political empowerment.

In may ways, Alex Jones's infowars has more content than CNN, ABC, Foxnews, the Age, The Australian, or France2 etc, and is certainly no more offensive than those corporate media, with their constant promotion of population growth, immigrationnism, identity politics, land-speculation, obscene wealth, biased ideologies, sex, violence and scandal.

We should object to this censorship. Corporate press ideas of 'fake news' are simply ways to promote their own propaganda. In this Trump has a point.