The message coming from Fair Water Use Australia is that the Federal and State Governments are not handling Australia's water properly, transparently or effectively. The mishandling is causing a dangerous crisis. The public should be very concerned and NGOs should support Fair Water Use and the UN in their call for a state of emergency and a Royal Commission. Australia, this is really serious.

Higher rainfall should mean more water - so where is it going?

Higher rainfall should mean more water in public and environmental reserves, but it is going to private holdings instead and the public is not aware

Private sector increases its strangle-hold on the Murray-Darling

Data obtained by Fair Water Use from the Bureau of Meteorology and the Murray-Darling Basin Authority provides confirmation of the effect of the rapid increase in privately-held water in the Darling Basin on the volumes of water available for essential public and environmental use, refuting claims that the crisis in the Darling is predominantly drought-related. 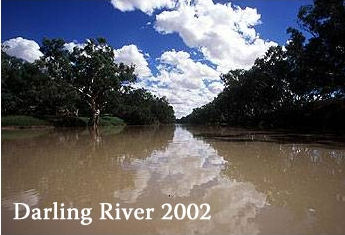 Despite average-to-above average rainfall in the Darling Basin over the last two years, the amount of water flowing down the Darling has reduced dramatically. 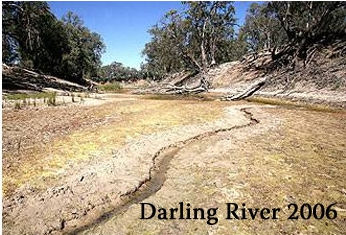 Storage in the Menindee Lakes is currently around 80% less than would be expected under average rainfall conditions. As there has been no similar increase in volumes released from the Lakes, the water-hoarding activities of the private sector stand clearly incriminated.

There can be little doubt that, although compounded by drought, rampant water-privatisation is also a major contributor to the current devastation of the Murray catchment. However calculations are impeded by the apparent unwillingness of State Governments to provide required data.

Fair Water Use is encouraged by the recent support of the senior water advisor to the United Nations for its call for declaration of a State of Emergency and the establishment of a Royal Commission of Inquiry into the management of the water of the Murray-Darling Basin. Such actions offer the only means whereby Australians can regain control of this vital and acutely-threatened resource.