Imagine trying to drive your car from Alice Springs to Melbourne or from Vancouver to Winnipeg on one tank of gas. One passenger, the environmentalist, suggests that by driving at moderate speed, the car will run for more miles per gallon. Another passenger, the techno-optimist, believes that if the car has a tune-up, it will go farther on that tank of gas than if it didn't. The socialist passenger, meanwhile, believes that conflict in the car between the two privileged people in the front and the 5 people jammed in the back could cause you to drive off the road. Guess what. They are all right---the car would probably go further if you followed their advice. One problem. The difference would be marginal. The car would still fall well short of its destination. Living 'smaller', increasing technological efficiency and achieving equality would make but a trivial and short-lived impact on overshoot. To suggest otherwise reflects a serious lack of perspective and scale. 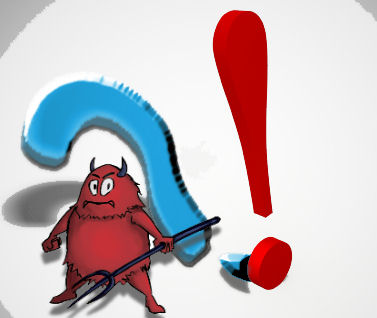 That is our predicament. We won't make it with 7 billion people, and the preoccupation with green living, technological efficiencies and wealth redistribution will not make a dent on overshoot. The focus then, must be on rapid population decline. The fight for sustainability cannot be a war fought on all fronts, but a single-minded determination to remove the first stumbling block to solving all other problems.

Who are we and why do we write? And for whom? Should we be addressing environmentalists, or a broader readership that is not captive of their myths? If so, how can we reach them?

A friend of mine, "Barry", is a Jehovah's Witness. He is a sincere and decent man with the best of motives and intentions, filling his day with small acts of kindness and good works. But like me, his motivations and efforts are most probably for naught. We obviously share a burden. The burden of being Cassandras who have a vision of doom that few wish to embrace. Yet despite his tribulations, he and his brethen seem to be attracting more support than I am. Upon further discussion, he confided that he and his fellow missionaries get an overwhelmingly hostile reception---- yet his denomination is the fastest growing sect of any religion. Why? "Because after we tell people that this system of things will soon end, we tell them that there is hope for them and the people they love." That is the clincher. People don't want to be sentenced to a diet of bad news. Even those who take it in look for escape hatches. They grasp at straws. The Sierra Club and other religious organizations thrive only because they fire with both barrels of the shotgun. One convinces people that the world is going to hell in a hand-basket, while the other offers them false solutions. It is a proven combination. "This is going to kill you, but this can save you". The Green Merchants of False Hope tell us that we have a terminal illness but that their elixir of green living, land-use planning and tech fixes are a miracle cure. It is a message that reaps donations and membership dues, and encourages New Society Publishers to publish a bushel of their books. Hope sells.

Bottom line: People want religion. They want comfort food, not the castor oil of unvarnished truth. So the question is, how much of a liar are you willing to become to gain a hearing? You have already swallowed your own lie---that is the first step to becoming a successful salesman. If the audience doesn't believe that you believe in your product, they will not buy your vacuum cleaner. So you have convinced yourself that you have a solution, and that it will eventually be adopted and implemented.

Now you must put on a happy face, and win over a literary agent with your charm. You buy him or her dinner, ask them about their kids and their hobbies and then present your message of doom wrapped up with Disney ending. Something Chris Clugston, in his book, "Scarcity", didn't do and refuses to do. Any more than a lab technician would doctor the results of my blood test to buoy my spirits and allow me to forget about my mortality. Some people have integrity, while the rest of us make compromises. We do that either because we are delusional or egotistical. We think meaningful change is possible and that we have a significant role to play in it.

Are We Truth-Tellers Or Salesman, Objective Analysts or Motivators For Change?

The question to consider is, why would we want to write a book? Do we want to effect change or do we want to want to tell the truth? Are we politicians or objective analysts? If we find that there are no practical solutions that have a reasonable expectation of success, do we want to broadcast that conclusion? Is there any point in writing an autopsy report on our civilization? Do we write so that we can eventually say "I told you so"? Is writing about the coming collapse just a release, an outlet for frustration? If we write to motivate change that would mitigate or prevent the catastrophe even though we believe the probability of change to be remote, does that not make us merely spin-doctors and propagandists? Are we comfortable with that?

What Do Our Half-Solutions Accomplish?

Rick Belfour bowed out of an Internet debate provoked by Dirk Becker with the lament that it was demoralizing to witness such rancour among people who essentially are on the same side--or words to that effect. The point is, however, we are not on the same side. The prescriptions that environmentalists offer are, in truth, growth-enablers. They promote growth by making more room for it. Their message is, "Move over and squeeze tighter to make room for more and more incoming people, either from the maternity ward or the airport (it makes no difference)." That is what land use planning, frugal living, and technology improvements do. They create space for continuing growth. It is not coincidental that the title of the book that formed the plot for Charlton Heston's movie, "Solyent Green", was "Make Room! Make Room!" That would be an apt slogan for the environmental movement. Their goal is to essentially manage the environment to accommodate population growth. Mine is the reverse. To shrink the population to accommodate the environment. Yet they have assumed the mantle of "environmentalists". A more appropriate description would be "growth-managers".

The source of our difference is a matter of speculation, but I have a hypothesis. Their worldview---and mine---has been typically fashioned by different educational experiences and the biases inherent in each discipline. And we continue to live in different silos. I did not take a course in biology, yet somehow I ran the gauntlet of a liberal arts education with a conceptual grasp of "limits" still intact---- but that was in an era when universities were an oasis of intellectual tolerance. Statistically, I should be parroting the same line as the "environmental justice" movement, as if nature cared about human notions of justice. But here's the point:

The Fight For Sustainability Is A Golf Game, Not A Juggling Act

Environmentalists and Malthusians are at ideological loggerheads. Ours is not a sectarian division, but a fundamentally unbridgeable chasm. There can be no alliance between us. There can be no fellowship between lightness with darkness. Or in less Biblical terms, between clarity and confusion. If that sounds arrogant and presumptuous, let me add that confusion is not a character flaw. It is just a point on the learning curve---- and hopefully we are all on a learning curve with an ambition to learn more. I was once confused--- and I am still confused--- but much less so than I was, I believe. My curve was not a continuum. I had that famous "paradigm-shift", and it was a "quantum leap", not an incremental progression. I leapt from one decompression chamber to another one, closer to the surface. Rather abruptly, I came to the realization that saving the environment was not a juggling act between causes and factors that demand equal attention, but more like a golf game. In golf, you don't begin by trying to figure out how best to sink the ball in 18 holes, by dispersing your attention to all of them simultaneously. You focus on the first hole. Without sinking the ball in the first hole, all other holes are irrelevant. In terms of environmental degradation, achieving a sustainable population level is that first hole. It is a pre-requisite of ultimate success, not a variable that must be balanced off with other variables. Thinking about the rest of them is a counter-productive distraction. Without rapid population decline, all other good destinations --- human rights, lasting peace and equity, sensible planning and durable zoning limits, or gains from technological improvements---are unreachable. The problem must be treated as one of priority and sequence, not balance.

In deference to political correctness and the sensibilities of corporate donors, the environmental movement took the "P" (population) out of the foundational formula, the "IPAT" equation, making nonsense of their project. Initially, I took the conventional view that the P must be re-inserted to restore the IPAT filter. But that reflected another kind of misunderstanding. "A" (per capita consumption) and "T" (technology) are not equal partners with "P" because a shrinking human population is a pre-condition for meaningful improvements elsewhere. Now I am putting it back in and putting the "A" and the "T" on the shelf, at the back of the queue for future consideration---where they belong. Let's focus on the first hole.

No Longer An Environmentalist

I was once an environmentalist who attacked symptoms, rather than address root problems, and for all my zeal, I did not make a difference,----unless, in my own small way, it was to make our problems marginally worse. Now I am an ex-environmentalist, still struggling to forgive those who have not followed my path, too often forgetting that I was once on theirs. If I know what they do not know, it is still a small fraction of the whole truth---which is unknowable. In the end, we may all prove to be inconsequential. In fact, that is a certainty. One day the human experiment will end---like that of every other species. But it would be nice if it didn't happen so soon.