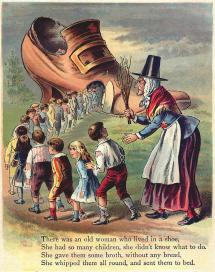 This article is the second candobetter response to an article by Melanie Phillips, objecting to policies aiming for smaller populations

Melanie Phillips is often persuasive, but in her tirade against Jonathon Porritt: 'Green zealots dictating how many children we have' (Daily Mail February 2), she is ill-informed.

She asserts: “So the deepest green of them all turns out to be not so much a friend of the earth as an enemy of the human race” and misses the point.

The fact is, the exponential growth in human numbers - now 6.7 billion and growing by another 80 million annually -- and the consumption this brings, is extinguishing thousands of other life forms on the planet that sustains us all.

She says: “there are places in the world where people are starving. Yet that isn't because natural resources have a limit but the result of the tyrannies, ignorance or cultural restrictions which prevent the poor of the world from harnessing the resources of the earth.”

So many people, Melanie included, are in denial that the earth is finite, not flat and extending infinitely in all directions. They hope there is always some techno-fix round the corner and scoff at the predictions of Thomas Malthus, who believed the earth would run out of resources because of human overpopulation. It is only the massive development of finite fossil fuels in the last century that has enabled us to expand and devour ever more resources.

With increasing food and energy shortages, we have to address the growing risk of ecological meltdown and the collapse of human and other species on the planet through conflict and starvation. With populations in many poor countries projected to triple in size in 40 years, governments will be struggling to find food, shelter and jobs for millions, with unemployed and hungry populations attracted to violence and extremism.

'Endless growth is good' is a bad mindset

If we continue with the mindset of ‘endless growth is good’, there's a good chance there won't be enough water and food to sustain our children or grandchildren, and certainly not in the manner developed nations would like to be accustomed.

Reproductive liberty should not be considered a fundamental moral and legal right, without regard for the consequences on others and society as a whole. Genuine sustainability requires global recognition for population reduction as well as changes in consumption.

Melanie claims: “From this revolting attitude it is again but a short step to seeing people as mere objects to be disposed of. When coupled with the unspoken but implicit subtext that the populations that need most to be controlled in the world are black and brown, it turns into outright racism.” Only a few lines later she says: “The rise in Britain’s population is made up almost entirely of immigrants, at the cost of its identity.” This might equally be tagged as racist. The aim of some Orthodox Jews and Palestinians to ‘outbreed’ each other in the fragile environment of the Holy Land, for example, is storing up huge problems ahead.

Even if we could make renewables, like wind power, generate 80 per cent of our electricity needs, a probably impossible task, in Britain CO2 emissions would reduce by just 16 per cent and electricity accounts for just one-fifth of total emissions. The UK Government now plans to spend billions creating a potentially deadly pollution legacy by increasing nuclear generation ten-fold, Even doubling the number of reactors across the world could see commercially extractable uranium ore run out in just 20-30 years. Unless there is a breakthrough with fusion power and we cut population growth, we are on course to exhaust the energy we need in the lifetime of many people alive today and certainly in the lifetime of our children.

Calls to boost birth rates and immigration to support ageing populations are over emphasised. Young people get old too and generally cost society more than older people - in crime, in education, unemployment and many other ways. Politicians and many Greens ignore this and dismiss the population issue. Denial is one word – stupidity is another. All they think about is trying to reduce everyone’s consumption, to accommodate more people into an ever more stressed quality of life. What is the logic in cutting everyone’s’ consumption only to double the number of consumers? Why is living like a sardine in a sardine can considered to be the model of good living?

If Governments won’t talk population, then they are not serious about cutting emissions, managing the water supply, managing food supplies, and a reasonable quality of life for our people. Developing a Population Policy to achieve long-term social, political and economic goals offers a coherent vision for our future. Without this, countries have no secure direction. There is no way of judging what the future holds.

US analyst Chris Martenson observes: “Growth does not equal prosperity. Our economy must grow to support a money system that requires growth but is challenged by an energy system that can’t grow, and both of these are linked to a natural world that is rapidly being depleted. The choice seems clear, - either we undertake voluntary change now, or face involuntary change later. I am an optimist and I want a better future of our own design.”

No Melanie, the 'humanitarian' vision is better served by promoting sensible policies that promote the need for population stabilisation and reduction before it is too late. Governments increasingly intervene in people’s lives to direct behaviour in many ways – with laws, speed cameras, taxes and sanctions. What is more fundamental than preserving the future of our planet?

Beyond good access to family planning, we need to consider the option of tax incentives to help reduce population to a sustainable level instead of perverse incentives to increase our numbers, in the mindless quest for ever more economic growth that will trash our planet. Our children will not thank us for inheriting a world driven to the abyss.

A new series is running, the last program as follows: What kind of parent are you? Well, if the report by the Children’s Society is anything to go by, the chances are you may not want to know the answer to that question. It concluded that the greatest threat to British children was their parent’s rampant individualism and aggressive pursuit of personal success. It claims that Britain has more 'broken families' than almost any other comparable country because of selfish parents who are not prepared to work at their relationships.
And mothers who chose to go back to work are also contributing to family break-up and damaging children. Is it right? If so, what do we do about it?
PANEL: Michael Buerk (Chair) Melanie Phillips; Clifford Longley; Michael Portillo; Kenan Malik. Have your say on The Moral Maze message board. You can listen to the debates at http://www.bbc.co.uk/radio4/religion/moralmaze