Australia - no home for the homeless

The Frankston Times and #wrapper">The Age have both this week published articles dealing with the problem of homelessness, and in particular the problem of "rough sleepers" - those sleeping on our streets and reserves.

This article was orginally published in the Independent Australia.

Imagine then that this place also provided with a little effort all your food and other needs. Imagine also, that this place was a garden paradise, cultivated by your family for generations a cultivation to which you also could contribute.

Imagine that this is then suddenly all taken away. The friendly faces of loving and caring friends and family are replaced by the cold faces of a desperate, greedy and violent people. You, and your community, are forcibly removed. Abused and killed in the process.

Over the ensuing years you watch as, midst much ugly dispute, the garden paradise is divided up and transformed. In some places the transformation is slow; in others it is rapid and dramatic.  The landscape is dug up, aided by machines that belch filth and which leave enormous permanent scars. 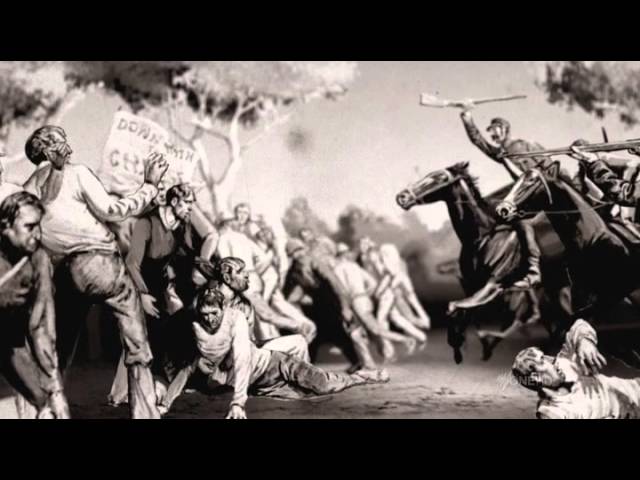 Based on the accounts of Bill Gammage and available historical records, this is the crime European settlers have perpetrated on the Australian landscape and on its Indigenous people.

Gammage’s fundamental point was the ‘sophisticated, successful and sensitive farming regime integrated across the Australian landmass’ – described by him as ‘a majestic achievement’ – ended with European settlement. And it is this crime that is, perhaps, still denied by many.

Not only was it a crime, but it hints at the errors of our society.

Australians now are not born with a home as an undeniable birth right.

They do not inherit the security and comfort of knowing that, come what may, there will always be a place where they are welcomed. Instead they are born dispossessed. Born into a country which has been neatly parcelled out to private owners.

A home for most Australians now is something insecure, something that takes many a lifetime to attain, and for some is never attained. Something that can coldly and callously be taken away when one is most vulnerable, due perhaps to the loss of a job or an inability to work due to personal injury or distress.

Banks can repossess if payments are not made — and even if this never happens, all those with a mortgage must live under the oppressive anxiety of this threat.

And even once a home is owned it is not safe. If one struggles to pay council rates, the home can be forfeited.

Again the essential trait of our society comes forth. Just when one is most vulnerable, our society allows them to be kicked while down. Once homeless, for tens of thousands of Australians, there is nowhere to go.

‘Authorities’ do not tolerate them on the streets, or in the parks. Even if they manage to live in these places they are subject to violence and sexual abuse.

How Australia has changed since European settlement! How it has progressed!

And now we find it is not just Australia, but the same pattern is occurring across the world. The masses are dispossessed whilst a small elite gain wealth and power, in the end corrupting the very institutions intended to check their power.

The Ancien Régime, the aristocracy, is re-establishing itself. We return to an age whereby common people are serfs – people without rights, who live in constant insecurity, slaves to their masters who possess everything, if not the people themselves.

Neofeudalism: A World Of Masters & Serfs

Once again ‘commoners’ must begin the fight for basic human rights. These are the right to trial for protection against arbitrary imprisonment. These rights have been stripped back under the guise of anti-terrorist laws, along with mass surveillance. And it turns out really to be a means of protecting the privileges of the elite against even non-violent protest (even conservatives are worried about this).

Then, if a people like the Crimeans find themselves as pawns caught between two covetous global  powers – both of which seek only to exploit both people and resources – and have to choose one side over the other in a legitimate referendum, propaganda machines are invoked, one power accusing the other.

This is the society we now live in.  This is modern Australia, as it is the modern world.

And it is not the first time we have been here. Writing during an earlier time of inequality (if it in fact is distinct from the processes active now) Rousseau declared:

“The first man who, having fenced in a piece of land, said "This is mine," and found people naïve enough to believe him, that man was the true founder of civil society. From how many crimes, wars, and murders, from how many horrors and misfortunes might not any one have saved mankind, by pulling up the stakes, or filling up the ditch, and crying to his fellows: Beware of listening to this impostor; you are undone if you once forget that the fruits of the earth belong to us all, and the earth itself to nobody.”

Whilst many aspects of his 1754 Discourse on Inequality may be questioned, perhaps there is some truth to the statement above?

Is there a solution?

So what can be done? At very least we should allow the most dispossessed, the homeless, to be visible and to protect themselves as best they can.

This can be easily done by allowing homeless people legitimate access to public land to erect tents or swags, and communities of tents, should they so choose. Thus protected from discrimination by ‘authorities’ they may be able to establish protective relationships between themselves.

It is quite possible, likely even, that tent cities – perhaps even slums - may arise, but this itself is necessary if we are to make the problems of homelessness visible to people and government. Such visibility might be the first step towards better solutions.

Would such communities be an improvement? I believe they would be. The Occupy tent encampment in Melbourne was just such a ‘tent’ city. And it was occupied by at least some genuine homeless, and many marginalised in other ways.

The Occupy community was highly organised. It was kept clean and elections were held for organisers in the community so as to ensure pathways were kept clear.

Others participated in 24 hour ‘security’ patrols (in shifts) around the perimeter. This was necessary because the biggest problems arose not within the camp, but from everyday people passing by who would occasionally try and thump a few of the occupiers.

The response of occupiers to the one incident of internal violence I witnessed in the camp has led me to believe that evictions can be dealt with non-violently simply by a crowd of people standing around the perpetrator and shouting “shame” repeatedly until he or she leaves.

Coal seam gas protestors in Australia’s Northern Rivers region were recently living in a large tent camp (on a private property) quite happily and comfortably. Why cannot our poor be able to do this?

It is entirely possible that living in a tent city may actually offer the homeless better and safer conditions than in built accommodation especially given accusations that the homeless are being exploited by unscrupulous landlords.

In any case, tent encampments are not unprecedented in Australia. They were certainly common during the 1929 Great Depression.  In fact, in early days, most Australian cities and towns were tent cities.

And apart from reducing vulnerability, legitimate homeless camps may also offer many other benefits in relation to delivering needed services and other assistance.

If allowed, homeless camps would not be unique to Australia as a developed nation.

As many early immigrants to Australia were haunted by the squalor of cramped London living, most Australian cities were designed with vast parkland areas. These offer more than enough space to accommodate our homeless whilst not excluding other uses.

The only barrier seems to be the sensibilities of the modern gentry and local authorities. 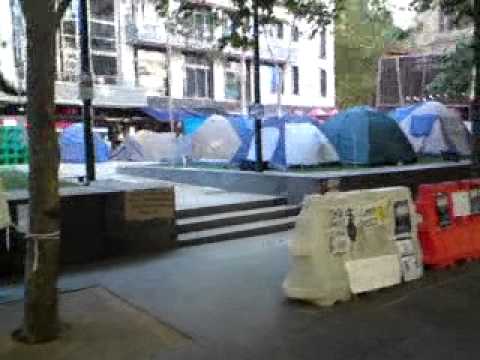 The homeless must become more visible

Homelessness spiked with Kevin Rudd heated up our immigration rate to over 300,000 per year while he was PM. This was his "big Australia" push. High rates of immigration, boosting our population growth, is a sure way of pushing up the demand for housing, and increasing competition on a limited supply. Its' an easy money-spinner. Only when the agencies hiding homeless are overloaded will we see more people sleeping rough in the streets, in parks, on doorsteps and in any public space. While we have gleaming new skyscrapers breaking record limits, the increasing poverty in our community is covered. It's like plastering over the cracks in the walls, because the foundations are crumbling! It's a quick-fix and hides the problem under a thin layer of seeming wealth and progress, but it's fake!

There has been a direct statistical correlation between surges in immigration and surges in unemployment. In 2010 and 2013 the surges in unemployment were roughly 25% of the step changes in population in the preceding two years. The stereotypical family of four with one wage earner fits in with this. Over the last decade the compound annual rate of growth in homelessness has been 3.2%. This rate is growing faster than population growth (1.5% per annum for the last decade) and faster than unemployment growth (which has been roughly 2.3% per annum for the last decade). It seems pretty clear that population growth is potentially a root cause of the extreme and unsustainable growth in both unemployment and homelessness. So why doesn't the government or the ABC expose this correlation and use due diligence to investigate?