Novak Djokovic is actually free but Julian Assange is not

There is not much comparison between the situation of the multi-millionaire tennis player Novak Djokovic and his fellow detainees in the Park Hotel, Carlton (in Victoria, Australia.)  Petitioners for the release of the long term detainees and those for Djokovic have coincided over the last day but probably have little in common.

Novak is not forgotten by anyone in his current crisis, which he is free to end at any point if he is willing to leave the country. That is not a problem. His parents are reported to have made statements to the effect that he is being crucified and that the current situation is politically motivated. 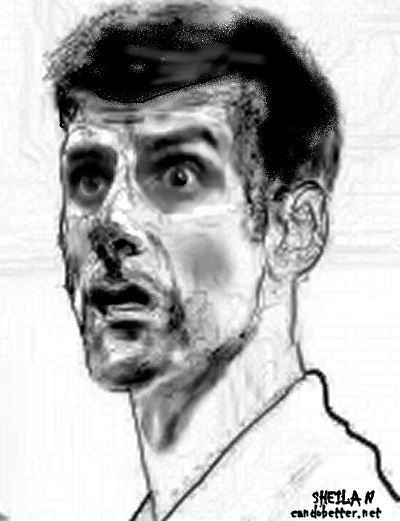 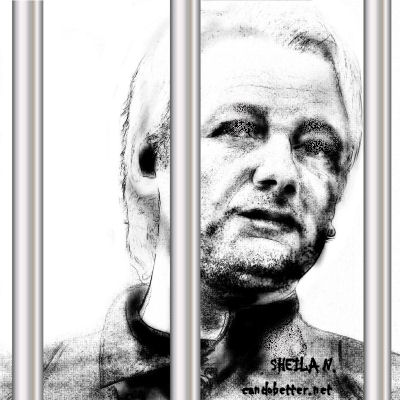 In this situation another prisoner has been forgotten. Julian Assange spent 7 years in the Ecuadorian Embassy in London to avoid extradition to Sweden and the United States, where he would no doubt be tortured.  His "crime" was, as a journalist, to expose war crimes. Unfortunately they were war crimes on "our" side. Since his expulsion from his 7 year stay in the Embassy, he has been in Belmarsh prison, and recently suffered a stroke. Julian Assange really is a political prisoner, and one who does not have any options left to him.  He has suffered and continues to suffer, immensely.

Compared with the plight of Julian Assange, the Novak Djokovic situation is not a big deal at all.  Yet no-one is making any noise about Julian at all, although it is an opportunity to highlight Julian Assange's situation, which is dire.

Dean Yates acknowledges that he "wrote that Assange dumped the Iraq and Afghan war logs on the internet without redacting names."

Of this he writes "I was wrong and lazy in repeating that slur which appeared whenever you Googled Assange’s name. That must make it true, right?"

Whilst two of Julian Assange's Australian supporters had tried to correct him, Dean Yates had brushed them off.

Their overtures nagging at the back of my mind, I recently did what I should have done at the time: read the submissions Assange’s legal team made at his extradition hearings and transcripts of witness testimony. I soon realized how mistaken I was.

He then describes Julian Asange's laborious and painstaking efforts to redact from any Wikileaks publication, anything that could either help reveal the source of the leak or endanger any life.

Dean Yates points out that no one has been held to account for the the ruin that the United States' brought to Afghanistan, Iraq and other Middle Eastern countries, whilst Julian Assange has been tortured and imprisoned for revealing to the world the truth about those illegal wars. He concludes:

That’s why we need to make Assange’s freedom an election issue in Australia. It’s why we need to make noise on social media, in the mainstream media, to politicians, and on the streets. Because Assange is being tortured in a foreign country for telling the truth about the wars in Iraq and Afghanistan. And he will be extradited to America where he will likely die in prison.

Remember - the Australian government eagerly took part in the invasion of Iraq. His case is the biggest test of press freedom in decades. Make some noise Australians! Bring Assange home."

Should a substantial number of those Australians who have also been campaigning for Julian Assange get behind Dean Yates' proposal, then we I think we stand every chance of making a decisive difference in the campaign to free Julian Assange at the next Federal election.

However, given the changes made to our electoral system by the ruling Liberal/Labor duoply, it will be much harder for candidates who support Julian Assange or who, in any other other, way oppose the US and Australian military-industrial complexes, to stand. Only parties with more than 1500 members can stand candidates. So, other than a number of Greens candidates, who have spoken up for Julian Assange, we could have little choice, that is, unless the Sustainable Australia Party can be persuaded to support Julian Assange.

Certainly we should also make the repeal of those anti-democratic laws another issue for that election.

Statement from @StellaMoris1 today outside the High Courts after Julian Assange won his application to appeal to the UK Supreme Court#FreeAssangeNOW #DropTheCharges pic.twitter.com/l0ypaU9CDB