State-sponsored human population growth is doing more harm to Australian wildlife and the environment than the dreaded cane toad!

(Illustration:Canetoad Anna B by Sheila N)

Anna Bligh's policies are turning the human population in Queensland into the equivalent of canetoads. Native habitat is being sacrificed to continuous development and humans are overwhelming indigenous species, just like the imported canetoad. We have far less excuse though, since we are able to control our population and we are supposed to be living in a democracy - not a developer-led dictatorship.

In Australia it is officially recognised that the cane toad is a pest and an invasive species in many regions where it has been introduced. A particular concern is that its toxic skin kills many animals—native predators and otherwise—when ingested. The kinds of native animals that are most likely to be affected by toads are predators, like quolls (marsupial carnivores), large snakes, and goannas.

Humans just as out of control as toads, but with less excuse

Our iconic koalas, however, are under threat from a runaway human invasion! In fact, all native species have been impacted by the growth of human populations, and as koalas are competing with the same locations, they are losing out badly. This is not properly acknowledged officially; human development impact is being dealt with piecemeal, project by project, without reference to the total impact of total human development in the total koala habitat. This is either incompetent planning or a depraved policy to wipe out koalas by simply erasing their habitat in a patchwork approach. 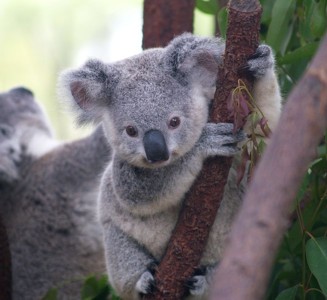 The bulk of remaining koala habitat is legally unprotected

An estimated 80% of koala habitat has probably been destroyed since European settlement. Most of the habitat that is left is private land – almost none of it protected in law.

Erna Walraven, senior curator at Taronga Zoo, sees the koala as a flagship species , with the health of their populations serving as an indicator of the wider health of the wildlife of the bush, including bandicoots and wallabies.

Stress causes illness in koalas. Stress is another word for hardship. Stress is caused by loss of habitat and subsequent overcrowding. The majority of koalas in Queensland are believed to be infected with Koala retrovirus (or KoRV). This retrovirus can cause suppression of the immune system in koalas, leukaemia and lymphoma

The Queensland Government has announced it would protect 5.6 hectares of state-owned koala habitat at Alexandra Hills 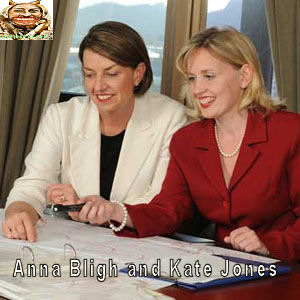 State Climate Change Minister Kate Jones said the land, located on Windemere Road and of high commercial value, would be handed over to Redland City Council.

Honorable as this handover is considering the land’s commercial value, it is a drop in the ocean. The solution needs a more holistic approach. In fact there should be no more development in the vulnerable area at all.


We should be looking, not at what Minister Jones is 'sparing' but at what she is allowing to be taken and destroyed.

Koalas like to move about, and being surrounded by roads and developments, saving 5.6ha of key habitat will have little effect ultimately on saving the species.

The small Koala populations that remain cut off in fragmented areas of bushland are at great risk of localised extinction because a single fire may wipe out an entire habitat. Bushfires are extremely common in the summer months. Below habitat threshold points, a rapid decline in koala occupancy is likely. Fences, roads and cleared land can all create barriers to koala movement. These factors alter population dynamics, impede gene flow, and limit the ability for populations to recover from insult and depletion.

According to Australian Koala Foundation chief executive officer Deborah Tabart, 25,000 koalas have died from dog attacks, cars and disease in the last 10 years in South East Queensland and that's because leaders have failed to plan effectively which land should be developed.

South East Queensland’s excessive population growth is no doubt stimulating economic growth - albeit debt-funded. Our leaders worship growth, but they fail to appreciate that koalas and other animals have indigenous rights and that to treat them in this way is depraved. Unless there is a stop to developments and housing and cap on human population numbers, the Bligh government’s greed will destroy Queensland’s natural wealth, including its biodiversity, and create a crowded, sterile and cruel wasteland!

Is Premier Anna Bligh happy to create, manipulate and profit from a human population explosion at the expense of wildlife habitat and to willingly make human invasions a greater threat to Queensland than those of the unwitting cane toad?

Any introduced species, with unchecked population growth, can become a “pest” species! The Economy should not over-ride our moral and ethical duty to protect the species that have a rightful existence in their land and whose survival dignifies our own.

Contact Premier Anna Bligh and let her know how you object to her Government making the plight of our endangered koala worse. Please send us any copies of correspondence to or from the Premier.

Humans are feathering and propagating their own nests, their own numbers, and destroying other species. The policies that are being imposed on native species are totally selfish and anthropocentric. While our wildlife are diminishing and ecosystems are being destroyed for water, roads and housing, our biological systems are under more stress. Koalas are a flagship species and are easily recognisable icons of Australia. SE Queensland has Australia's highest population growth rate in Australia, and developers and mortgage industries are accumulating wealth while other species are being denied a livelihood and being butchered! We cannot continue with such lethal policies from our greedy development-driven governments. Our government prefers population growth and developments at the cost of the environment and the animals that make Australia unique.