Editor's comment: This article was originally published as "Decline in some species along with over-abundance of humans" in Your Say. 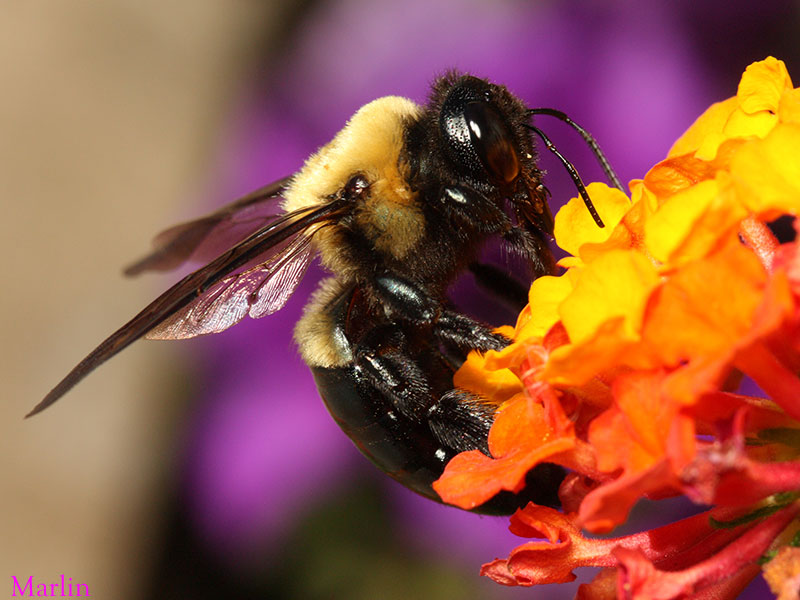 The abundance of four common species of bumblebee in the US has dropped by 96% in just the past few decades, according to the most comprehensive national census of the insects. Bees in general pollinate some 90% of the world's commercial plants, including most fruits, vegetables and nuts. Coffee, soya beans and cotton are all dependent on pollination by bees to increase yields. It is the start of a food chain that also sustains wild birds and animals.

But the insects, along with other crucial pollinators such as moths and hoverflies, have been in serious decline around the world since the last few decades of the 20th century.

Abundance of four US bee species declines by 96 percent.

Scientists said the alarming decline, which could have devastating implications for the pollination of both wild and farmed plants, was likely to be a result of disease and low genetic diversity in bee populations.

According to the Centre for Ecology and Hydrology in the UK, three of the 25 British species of bumblebee are already extinct and half of the remainder have shown serious declines, often up to 70%, since around the 1970s.

Experts aren't sure exactly why the bee population is declining (although similar findings have been reported all over the world) but they believe it's due to a "combination of new diseases, changing habitats around cities, and increasing use of pesticides."

Hundreds of birds have dropped dead from the sky in Louisiana just days after a similar mysterious incident left scientists baffled in Arkansas.

The carcasses of around 500 red-winged blackbirds were found littering a quarter-mile stretch of road in Pointe Coupee.

Last week, about 83,000 dead and dying drum fish washed up along a 20-mile stretch of the Arkansas River, about 100 miles west of Beebe. Wildlife officials say the fish deaths are not related to the dead birds, and that because mainly one species of fish was affected, it is likely they were stricken by an illness.

At the same time US demographers now project that the world's human population may reach nine billion before 2050--in 2045. Right now on Earth, water tables are falling, soil is eroding, glaciers are melting, and fish stocks are vanishing. Close to a billion people go hungry each day. Decades from now, there will likely be two billion more mouths to feed, mostly in poor countries. There will be billions more people wanting and deserving to boost themselves out of poverty. ( Global population report - National Geographic )

The health of humans, like all living organisms, is dependent on an ecosystem that sustains life. Human populations are increasingly concentrated in urban ecosystems, and it is estimated that, by the year 2010, 50 percent of the world’s population will be living in urban areas. The human population is at an all-time high, and associated pressures of human activity have led to increasing degradation of the earth’s ecosystems.

Frogs on the decline too

Fifteen species of Australia's frogs are currently endangered, twelve are listed as vulnerable and four have become extinct. Of particular concern is the disappearance of frogs from pristine habitats. The first evidence that Australian frog populations were in serious decline was provided by the disappearance of two species — the southern day frog and the gastric brooding frog.

The reasons are all predictable - loss of wetlands, livestock usage, insecticide and herbicide use, introduces species of fish that prey on eggs and tadpoles, increased soil salinity and logging operations.

"Climate change" too is a generic explanation that could be used as a scapegoat for human impacts.

Beginning in the early 1980s, biologists began to realise that amphibians such as frogs are extremely sensitive to pollution and other environmental stresses. Many environmental scientists consider amphibians, including frogs, to be excellent biological indicators of broader ecosystem health because of their intermediate position in food webs, their permeable skins.

The construction of dams and weirs across the Murray-Darling Basin has significantly altered the flow regime of the system. Flooding, which once fed off-stream fish-free wetlands, occurs less and less often.

Out of about 5800 species of amphibians such as frogs and toads, Perth Zoo says 43% are in decline while 2% are already thought to be extinct. In contrast, a mere 1% of species are on the rise.

Dr Andrew Hamer, based at the University of Melbourne, stressing that reptile and frog habitats need be conserved in residential areas by keeping them as natural as possible, even if they are only small areas. "Our research suggests that many reptile and frog species have been negatively affected by urbanization,” says Dr Hamer. With higher density living, more concrete drains rather than rivers and creeks, and less back yards and green wedges, our amphibians and reptile have little chance of being protected.

Editorial comment: Emphasis and link added. Also, last paragraph has been extracted and added as a short appendix to linked article.

More on how bee extinction threatens many food sources

On August 27, 2009, Sheila Newman put up a fairly comprehensive article on http://candobetter.net/node/1499"."The Vanishing of Bees," with links to a film and an mp3 documentary on ABC Radio National. Worth a look if you want to know more about this phenomenon, of which the origin is still far from sure.

Thousands of red-winged black birds fell from the sky Dec. 31 in Beebe, Ark. State officials determined they died as a result of blunt trauma. A few days later an estimated 500 red-winged blackbirds were found lying dead along a highway in Pointe Coupee Parish, La. Some fear the bird die-offs across the country are the result of pollution or even signs of the apocalypse. However, United States Department of Agriculture wildlife biologist Ricky Woods said he's confident he knows what killed the birds. He said it was the USDA, which poisoned them at a feedlot in Nebraska. Woods said most of the birds died near the site of the feed lot, but about 200 were strong enough to fly about 10 miles north to Yankton, where they died, puzzling some local residents. He could not say how many birds died altogether. He said starlings at the livestock facility were targeted for eradication when the poison. “(The feedlot owners) had a significant number of birds on their property consuming feed and causing issues with their fecal matter,” Woods stated. “They contacted us. We came in and checked out the area. We then used a poison that is specific only to birds.” “They basically have to be suffering property damage or losing a significant amount of money,” he said. “There has to be some sort of hardship before we’ll come in and do any reduction.” The number of animals and birds eradicated and vilified as "pests" by the livestock industries is abysmal. We must question the ethics of these large monocultures. The 5,000 red-winged blackbirds which fell from the sky in Beebe, Ark. wildlife experts determined died as a result of being startled by New Year's Eve fireworks, and then flying into buildings and trees.

Violence against non-human life forms approved of by Government

The dairy industry has a clean, wholesome image of happy cows and peaceful green pastures. However, the reality is one of grief and pain for cows and their stolen young. The Australian dairy industry is pushing for a nationwide standard that will make it legal to deny bobby calves liquid food for the last 30 hours of their lives before being slaughtered — despite the fact that mother cows will normally suckle their young five times a day. The 30 hour time without feed is not best practice animal welfare, and is not in the interests of such a young, vulnerable animal. The reason that industry wants this increase is purely financial. It will allow them the time to commit the following negative welfare practices: o Allow time for transporters to pick up bobby calves from several different properties, rather than picking up bobbies from a central point and transporting them direct to slaughter. o Allow time for bobby calves to be left at saleyards for extended periods, before being picked up and taken to slaughter (in a weakened state) o Allow more time for bobby calves to wait at abattoirs before they are slaughtered. (Note, E.U. regulation states that unweaned animals arriving at slaughterhouses must be slaughtered immediately, or at least within 2 hours of arrival) Dairy cows can't produce milk unless they produce a baby. Annually, newborn calves(called 'bobby calves') are separated from their grieving mums a few days after birth so that their milk can be used for human consumption. Cows are known to be especially maternal animals and can bellow for days for their lost infants. About 3/4 of a million unwanted calves, by-products of the dairy industry, are loaded onto trucks bound for slaughter every year. Denying them milk, an essential nutrient, will mean more suffering and deaths on-route. This is not the way to treat vulnerable young animals. The 30 hour period without food will increase the number of bobbies unable to stand or follow or struggling to walk (already visible in saleyards and transports) and these calves will be exposed to cruel practices commonly employed by frustrated handlers and drivers. The dairy industry's dirty secret - the fate of all these baby animals - must be addressed. There are many healthy and tasty non-dairy products on the market today, and reducing dairy consumption will help our environment and lessen the numbers of disposed-of bobby-calves. Demand that animals not be treated as "waste products". If the moral level of society can be judged by the way it treats its animals, the way it treats its baby animals must be even more damning. Animals Australia Take Action

article on bobby calves now up

Oh, just saw this excellent comment, Viv, only after I published an article on the same issue, here