This article argues that Australian Refugee Activism has been used to divert the public eye from attacks on Australian democracy and away from questioning the very wars that cause refugees. If we judge this political movement by its outcomes, then the Australian "refugee rights" activism has been worse than a total failure for all but a very few international refugees, specifically those who arrive clandestinely on boats. 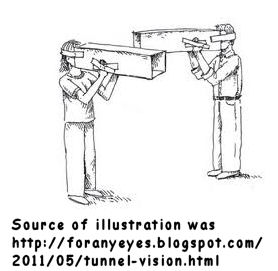 A defense might be raised by refugee activists that the absence of serious discussion of the causative issues is the product of biased mainstream media reporting. A look at the blogs strongly associated with the movement, however, reveals that they also fail to seriously confront the causes. See for example socialist-alliance.org and directaction.org.au and greenleft.org.au

The writer contends that Australians and the rest of the world have had to put up with very poor coverage and discussion of the events described below which have given rise to huge numbers of refugees:

* The Hawke 'Labour' Government's support for the 1991 war against Iraq, based upon fraudulent pretexts including the "incubator babies" lie and the set-up of Saddam Hussein by then US Amabassador to Iraq April Glaspie.

This war and the 2003 wars which followed it produced many Iraqi refugees and continue to do so. The focus of refugee activists helped to disorientate Australians politically because it concentrated on only a few landed asylum-seekers rather than protesting against the causes, which lay in war. This probably made it easier for government to wage these wars.

* The Howard Government's re-election in 2001 in spite of broken 1998 election promises, its failed attempt to break the Maritime Union of Australia in 1998 using mercenary strikebreakers and the imposition of its regressive and unpopular Goods and Services tax (GST).

Howard's re-election in the face of all these handicaps was only made possible because of the political disorientation caused by the Tampa 'boat people' incident of 2001, combined with 'refugee rights' activism.

Here is how it happened: When the election was approaching there were a lot of things the Government had done since its election in 1998 that the Australian public should have been thinking critically about. Instead, everything preceding was sort of swept away with the blow-up over the Tampa incident just before the election. This focus on one event allowed the media to ignore many other issues which would have done the Howard government a huge amount of damage if canvassed in the election.

* The Howard Government's support for and participation in the invasion of Afghanistan based on the fraud of the September 11 false flag terrorist attack.

This illegal invasion has cost the lives of 27 Australians and of considerably more Afghanis so far. It has also helped increase to record levels Afghan production of opium, which the overthrown Taliban regime had tried to stop.

Press coverage of the activities of refugee activists distracted people from the really important issues of the time, which included the fraudulent use of the false-flag terrorist attack of September 11 to start the Afghanistan war. The upshot was a whole nation of people turned into a basket case, of which many could qualify as refugees.

* The Howard Government's support for, and participation in, the US invasion of Iraq in 2003.

The main pretext for the invasion, the claim that Iraq was attempting to build nuclear weapons has been shown to be a lie. The truth about the WMD lie can be found in the Hollywood movie Fair Game which concludes with live footage of former CIA agent Valerie Plame, (played by Naomi Watts in the movie), testifying to US congress about the WMD lie. Howard's election in 2001 was helped by press diversion onto refugee activism.

The same thing happened again in 2004 when the press should have been drawing public attention to the WMD and Iraq invasion fiasco and international debacle, which itself has also produced many refugees, quite a few of whom have arrived on Australian shores.

* The re-election of the Howard Government in 2004 with outright Senate and House of Representatives majorities, in spite of the most massive anti-war demonstrations since the 1960's demonstrations against the Vietnam war, prior to the 2003 invasion of Iraq.

This re-election left the Howard Government free to pursue its participation in the Iraq war and to pursue other regressive domestic policies. The ongoing issue of refugee and asylum-seeker procedures, as represented by refugee activists, continued chronically to hold the front pages, again dwarfing a major world conflict and creator of many refugees.

This is an ongoing consequence of the Australian media's failure to adequately question the rationales of these wars, whilst continuing to feature refugee activism day after day.

* The current 'Labor' Government of Julia Gillard further fanning the flames of civil war in Libya by, at one point, recognising the US/NATO backed National Transitional Council as the legitimate government of Libya.

Australian procedures for dealing with asylum seekers continue to overshadow the necessary public debate and press coverage of our poorly justified recognition of and support for the dubious representatives of the National Transitional Council.

Over the period that 'refugee rights' activists have been able repeatedly to reach large sections of Australian public opinion with their message, the Australian Government has succeeded in helping its US, UK and other allies inflict unprecedented harm in the world, causing the world population of refugees to rise by many millions.

It is not the intention of this article to disparage the cause of individual refugees or the good work of people who help them. The author wonders, however, why the refugee action movement has so little to say about the wars that give rise to much of its existence. Why is it so uncritical and apparently disengaged in regard to the wider political issues that produce refugees?

As one of the few countries of the world with an active immigration program, there is an expectation that Australia allocate places for refugees as well as migrants. Countries that have ratified the Refugee Convention are obliged to protect refugees that are on their territory, in accordance with its terms. The convention was approved at a special United Nations conference on 28 July 1951. It entered into force on 22 April 1954. It was initially limited to protecting European refugees after World War II1967 Protocol removed the geographical and time limits, expanding the Convention's scope well after World War 2's displacement of peoples. While the Convention-based asylum system may have operated well enough until the end of the Cold War, it was not designed with today's mass refugee outflows or migratory movements in mind. While a number of African countries (including Angola, Mozambique, Liberia, Zambia) are signatories, it has always been obvious that the Convention is of limited use for dealing with the refugee situation in Africa. Already Africa's population growth is unsustainable. In 1984 Latin American countries adopted the 'Cartagena Declaration' which incorporates a similarly broad refugee definition. For countries like China or Cambodia being a signatory state amounts to permitting asylum applicants to remain in their countries while determinations regarding resettlement needs are made by the UNHCR. Regardless of their Convention status, or whether the Convention even registers in their scheme of priorities, it is the poorer countries of the Middle East, Asia, Africa, and Eastern Europe that are carrying the bulk of the world's refugee burden. Mandatory detention of illegal arrivals has made routine, if sometimes difficult and controversial, the removal of boat people (the most high profile asylum seekers) refused refugee status. In other countries, only a minority of failed asylum seekers actually ever leave, voluntarily or otherwise. Some of the countries hosting the most refugees include countries like Pakistan, Syria, Jordan, Iran, and Guinea. Approximately 70% of the world refugee population is in Africa and the Middle East. There are many countries that have signed the convention between the Middle East and Australia! Global overpopulation is prohibiting resettlement. Australia's high immigration intake, high human rights standards and generous Centrelink benefits, make us an ideal target for asylum seekers. We can't be the release-valve for humanity's overpopulation and poverty woes, certainly not while we have a heavy economic immigration rate.

As a former recipient of CentreLink benefits I consider them far from generous. At least twice in my life I have lived on my savings, from a house I had been forced to sell after I had split up, rather than put myself through the red tape of applying for CentreLink benefits. Certainly they can be a incentive for people from other countries to migrate here, particularly if the red tape were to be taken care of, but to imply that the benefits are generous to either those seeking to immigrate here or to existing residents puts us in the same camp as welfare-basher Tony Abbott, who wants to further cut back unemployment entitlements upon winning government.

Welfare hard to get in Australia

Welfare benefits are incredibly hard and restricted for Australian citizens to get. People without assets are at an advantage. However, for some people coming from third-world countries, it can mean a great difference. Recently there was a revelation that many refugees were sending funds home to their families overseas. For Africans, it was not unusual to send up to 20 per cent of their weekly incomes to families. The average amount was $200 a month and each refugee was supporting about five people back home. Taxpayers are actually supporting not only refugees but their families - such were the generous amounts being given them! Swinburne University migration expert Dr Katharine Betts said she was astonished by the scale of the payments leaving Australia. "It might be a concern that taxpayers' money was being channelled in this direction," she said. Some refugees sending welfare payments abroad

I agree entirely with the article. It seems that, overwhelmingly, human political response to atrocity is either entirely inadequate or grossly misdirected. Accordingly, refugee consciousness seems to be driven by a cabal of politically self-interested svengalis and made momentous by a swollen herd of conceptually compliant sheep bleating brainlessly behind them. The sudanese situation is prime example of this condition. What have Govts' done, and what has the Refugee movement done, to seek to quell this awful situation at source over the past umpteen years of its unravelment? The necessary action was, in large part, much simpler and more straightforward than the action taken by 'good' nations in Iraq and Afghanistan in the name of 'justice'. The horror in Sudan has murdered millions of people and made homeless millions more. The recognition of South Sudan as a sovereign state seems very little much too late and even now al-Bashir continues to act with violent aggression across the new borders. So it seems that refugees will continue to come from this place. They are a large group, clearly in dire need, but one which perhaps includes some of the most difficult people to re-settle due to their deep trauma and habituation to patterns of violence. What have the various refugee action groups done over the past decades to push for resolution at source? I'm sure the refugees would much prefer such local resolution. Sadly, and infuriatingly, I suspect they are merely grist to the activists' political mill.