SPA: World population soars to 7 billion but Victoria could keep the lid on it

"Despite this grim picture, unlike global population growth, our own population future is very much under our control and we need not be overwhelmed. Stability of population numbers is within our reach this century. We owe it to Victorians who will be born 50 years from now to take control so that those who come after us can enjoy what we have enjoyed – clean air and water and reliable food and housing supplies. To do nothing is the real crime against humanity." Jill Quirk, President, Sustainable Population Australia (SPA) Victoria. 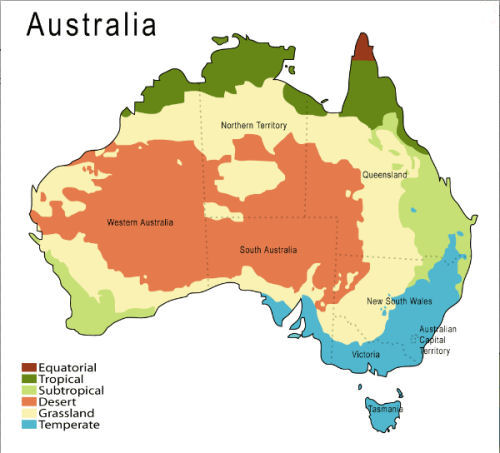 Today, 28 October 2011, Jill Quirk, President of the Victorian Branch of Sustainable Population Australia (SPA) spoke about the frightening trends in human population growth world-wide and in Victoria and Australia. Her message was that, despite the fact that Victoria and Australia are part of the overpopulation problem, it is still possible to stop before we are overwhelmed. Politicians and the commercial interests they serve by fanning local population growth here need to be made instead to serve the public good by stabilising our population.

"On October 31st the world’s population will zoom past the 7 billion mark just 12 years after reaching 6 billion. Despite taking all of human history up to 1800 to reach 1 billion, many seem to think the phenomenon of ever increasing human numbers is inevitable and normal!" said President Quirk.

"Globally we are growing at the expense of the environment on which we depend, threatening our water, air and food security. Our numbers are impacting on all the other creatures with whom we share the planet."

Ms Quirk said that, to many, the global human population “explosion” seems so vast that it is difficult to see how we might ever exert control over it.

"No one can be sure when this staggering increase might reach its zenith. We do know however that growth, even slower growth cannot continue forever."

Despite the impression we are given that "For those who've come across the seas, we've boundless plains to share," [1] we are running out of pure fresh freely accessible water, our few good soils are being impoverished and built over in Victoria, or threatened by extreme mining technologies like gas-fracking. Yes, our population is growing much too rapidly and is already too big. But this is not because of natural growth, it is because of government policy for extreme immigration numbers.

"Sadly, Victoria’s population also grows very rapidly cheered on by vested interests, lobbyists and the government. This growth and associated development is destructive to coastal areas, waterways and biodiversity, all of which also struggle with a changing climate," says Jill Quirk.

On a more optimistic note, however, she adds, "Despite this grim picture, unlike global population growth, our own population future is very much under our control and we need not be overwhelmed. Stability of population numbers is within our reach this century."

She says, "We owe it to Victorians who will be born 50 years from now to take control so that those who come after us can enjoy what we have enjoyed – clean air and water and reliable food and housing supplies.

To do nothing is the real crime against humanity."

We are often given the impression and even schoolchildren receive this propaganda that Australia is nearly empty and should therefore take on as many people as wish to come here, as if this arid continent could somehow act as a relief valve for the rest of this enormous planet. In fact Australia is already very densely populated on the thin green fringes around its southern and Eastern coasts, but very sparsely populated in the interior. There is a reason for this settlement pattern. Climate, rainfall and soil fertility make much of Australia almost uninhabitable for industrial society. Quite a bit of Australia is dry hot desert, similar to the Gobi Desert in China, which is also sparsely populated. Contiguous to Australia's deserts are rangelands. Those parts contain some mines and rangeland grazing, but little else. Even when only Aboriginal peoples lived here they only occupied the rangelands in very low numbers, which they kept low with very strict marriage laws that limited fertility opportunity for clan members.

Look to the money

I misquoted our national anthem in an earlier comment. I said it said "we've boundless soil" when it says "golden soil". But like you said it contains the line "For those who've come across the seas, we've boundless plains to share," which is just as bad. We really need a new national anthem. You can put a reference to god in there, just get rid of the cornucopian claptrap. But in any case our current population growth rate is absurdly high. By doing all they can to drive it to such high levels the government has created an immense problem for future governments. When population stabilization comes around, as it must, such rapid growth leads to an aging population problem far worse than if you had allowed the population to stabilize naturally. So immigration driven rapid population growth isn't in our long term interest, but it is in the short term interest of big business. "Skilled labour shortages" are a furphy, they are not the main reason for this growth. Mining is a capital, not labor intensive industry. But these 100,000s of middle class or wealthy immigrants moving to Australia, bringing their life savings - this is a massive ongoing injection of foreign currency into the Australian economy. It drives up the cost of housing, leads to constant demand for new development, and keeps consumption high. Local governments trying desperately to keep up with the demand for new infrastructure when the population is doubling every ~50 years provides employment to construction companies. This is just my intuition, but I strongly suspect the Australian economy is now completely addicted to this, and successive federal governments are going to keep this going as long as they possibly can. In a way it is to the credit of the Australian public that we can tolerate this immigration. But in many ways it is completely unsustainable. In the long run, it is going to cause huge problems.