Justice for animals in Tasmania 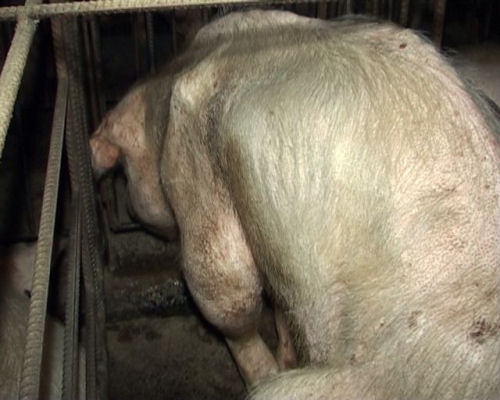 The last couple of months have seen Tasmania, and the rest of the country, rocked by cases of egregious and serial animal cruelty by farmers.

On May 8, 2009, the ABC's Stateline program showed footage of appalling cruelty to pigs on Gary William Oliver's Longerenong pig farm in the State's north. The farm was raided by activist Emma Haswell, and showed emaciated pigs in under-sized sow stalls, without water, some unable to stand because of severe abscesses and others with open wounds infested by maggots. 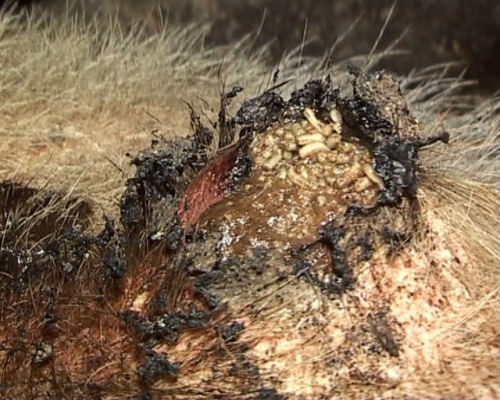 The pig farm is a major supplier to the self-proclaimed 'fresh food people', Woolworths, which continues to deal with Oliver.

Oliver was ordered in May by the Scottsdale Magistrates Court to enter a plea to the multiple cruelty and aggravated cruelty charges by June 30, but once again failed to do so. Business as usual!

Earlier in the month, Glen Peter Balke, of Sun Valley Poultry was convicted and heavily fined in the Hobart Magistrates Court. An audit by DPIW found hens mired in manure and crammed into cages to such an extent that they could not stand naturally.

Roderick Neil Mitchell, a dairy farmer from Redpa in Tasmania's north west is facing about 200 charges, mostly cruelty and aggravated cruelty. The charges date back more than 2 years, yet only a handful have been dealt with. Hundreds of Mitchell's cows and calves have died in this time, from starvation, illness, neglect and sadistic cruelty. Those animals Mitchell does bother to put down, report locals, he may pick up with the sharp hay baling attachment on a tractor or front end loader to its full height then drop them.

Why does Mitchell still have animals? 78 have been seized, but the authorities, and the Minister David Llewellyn, claim he cannot be stopped because he has not (yet) been convicted.

What is Tasmania's government doing about the cruelty?

Fronterra at least had the decency to stop any contract with Roderick Mitchell, the so-called farmer who abused, tortured and killed his cows! Why aren't the animals taken away, swiftly? How can Woolworths, the "fresh food" family supermarket chain, keep supporting Gary Oliver's pig farm? How are hens allowed to be trapped and crushed into tiny cages, all legally? We often hear that farmers care for animal welfare, and there are some sympathetic farmers, However, there are many cases, and the massive numbers of livestock in Australia, means that keeping tabs on animal cruelty to farm animals is almost impossible unless there are tight government and legal controls to prevent it. Of course, these animals are considered assets, first and foremost, but we cannot consider ourselves a civilisation while these horrific examples of cruelty continue without firm action taken to form a legal and ethical standard and precedent.

While the local authorities are doing their best in terms of seizing Mitchell's cows and calves, the management of the Department of Primary Industries and Water maintains that 'nothing can be done' because Mitchell has yet to be 'convicted of anything'. And that is indeed a sorry indictment of Tasmania's justice system, which manages to haul before the courts peaceful forest protesters charged only weeks ago, yet cannot deal with serial and egregious animal abusers charged over two years ago. Mitchell is due in court to face a large number of the 200 or so charges on July 22, where it is expected that some sort of plea bargain will occur. In other words, he will probably get away with much of the carnage with a 'slap on the wrist', as has been the case with other farmers who have starved and neglected their animals. Woolworths maintains that Oliver has not offended before and they want to support him to improve conditions for the pigs. At least Balke, the battery farmer was convicted and fined, but nothing sufficiently substantial to reflect the terrible suffering he caused. Another battery farmer, Nicholas Pitt, had all the charges against him dismissed because, in spite of shocking evidence aired on Stateline, the prosecution 'tendered no evidence' There were reports that there was a 'tip-off' to Pitt about an impending inspection, giving him time to clean up. The Minister claimed that he could not understand why there was such a difference in the material gained in the raid and what the authorities found when they got there.