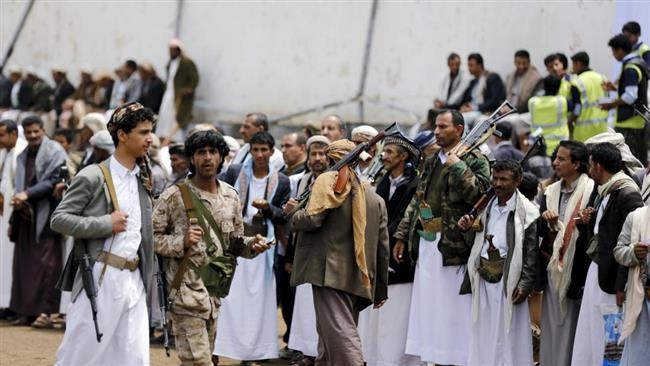 The otherwise informative#fnYemen1" id="txtYemen1"> 1 Russian English language web-site Sputnik International has published on 18/5/16 a 'news' report Houthi Rebels Carry Out Wave of Arrests in Yemen, Use Torture. (A copy of the article is included below as an #amnestySmearsHouthis">appendix.) As the title suggests, it claims that the same Houthi rebels, who have been fighting an invasion of Yemen by Saudi Arabia since March 2015, "have carried out a brutal campaign against their political opponents, arbitrary arresting people, using tortures and kidnappings."

The article cites a report Yemen: Spree of arbitrary arrests, disappearances and torture by Huthi forces (18/5/16) by the supposed human rights organisation Amnesty International. The Amnesty report has also been cited in Amnesty accuses Yemen rebels of 'brutal' campaign against foes (18/5/16) | Yahoo.

Amnesty International is the same organisation which claimed less than a week ago that "the scale of war crimes by [Syrian] government forces is far greater [than that of the terrorists invaders](my emphasis) ".#fnYemen2" id="txtYemen2"> 2

The cited Amnesty International article fails to mention the extensive war crimes by the invading Saudi Arabian armed forces against civilians, including the use of cluster bombs – a weapon banned by international law. (However, the Sputnik article itself briefly stated, "A coalition led by Saudi Arabia has been carrying out airstrikes on Houthi positions at Hadi's request since March 2015, causing hundreds of victims among civilian population.")

Given Amnesty's smear of the Syrian government and given Amnesty's past history of having provided pretexts for Western government invasions of Iraq and Libya, the publication of this article shows extremely poor judgement on the part of Sputnik's editors.

For factual information about Yemen, visit the Iranian PressTV's section Saudi Aggression Against Yemen and most other alternative news sources.

Houthi Rebels Carry Out Wave of Arrests in Yemen, Use Torture

Yemen's Houthi rebels have waged an anti-opposition campaign: they are against the usage tortures and kidnappings, a human rights watchdog said in a new report on Wednesday.

People stand around damages made by a Saudi-led airstrike on a bridge in Sanaa, Yemen, Wednesday, March 23, 2016. Yemen has been left fragmented by war pitting Shiite Houthi rebels and military units loyal to a former president against a US-backed, Saudi-led coalition supporting the internationally recognized government.

The report by Amnesty International is based on 60 cases of arbitrary detention in several Yemeni cities under Houthi control, including the capital of Sanaa, conducted between December 2014 and March 2016.

"Huthi forces have presided over a brutal and deliberate campaign targeting their political opponents and other critics since December 2014. Hundreds of people have been rounded up and held without charge or trial, and in some cases they have been forcibly disappeared in flagrant violation of international law," James Lynch, the deputy director of the Middle East and North Africa Program at Amnesty International, was quoted as saying in the report.

Enforced disappearance is an abhorrent crime that cannot be justified under any circumstances, Lynch stressed.

Shiite rebel fighters, known as Houthis, hold their weapons during a tribal gathering to show support for the Houthi movement in Sanaa, Yemen.

Yemen has been engulfed in an 18-month military conflict between the government, headed by President Abd Rabbuh Mansur Hadi, and the Houthi rebels, which have been supported by army units loyal to former President Ali Abdullah Saleh.

A coalition led by Saudi Arabia has been carrying out airstrikes on Houthi positions at Hadi's request since March 2015, causing hundreds of victims among civilian population.

The latest round of the UN-mediated talks in Kuwait, attempting to reconcile the Houthi rebels with Yemeni government Hadi, started on April 21.

#fnYemen1" id="fnYemen1">1. #txtYemen1">⇑ As of 20 May 2015, all other stories about Yemen on Sputnik News are, unlike the story discussed above, sympathetic to the Houthi rebels. However, some of these stories, whilst not hostile to the Houthi rebels, unfortunately, seem to uncritically accept pronouncements of the United States' government of its intentions and its subsequent actions. Two such stories are US Military Team Heads to Yemen to Help in the Fight Against al-Qaeda (7/5/16) and Pentagon: US Kills 10 Al-Qaeda Affiliates in Yemen (7/5/16). Another earlier Sputnik story, which reveals the criminality of the United States' actions towards Yemen is US Blasted for Providing Saudis Cluster Bombs Used Against Yemeni Civilians (7/5/16). However, two days after it was published, the above story remains the most Sputnik's most recently published story about Yemen. We trust that Sputnik will soon resume balanced and truthful reporting of the Yemen conflict.

#fnYemen2" id="fnYemen2">2. #txtYemen2">⇑ This claim, was hidden inside the article Syria: Armed opposition groups committing war crimes in Aleppo city (14/5/16). As the title implies, the article was ostensibly to denounce the war crimes of the terrorist insurgents around Aleppo. Given that the depravity of the insurgents is now too well understood, thanks to evidence provided by Syria, Russia, various impartial observers and the alternate newsmedia, Amnesty could hardly allow itself to be seen to be concealing the evidence of their crimes. So, instead, Amnesty, as have governments hostile to Syria, adopted the ploy of seeming to be outraged by the crimes of those fighting for the overthrow of the Syrian government, whilst claiming that the Syrian government is even worse than the insurgents. For more information see our article Amnesty smear: "Russian and Syrian government forces ... have deliberately and systematically bombed hospitals ..."

The BBC repeats Amnesty's smear of the Yemeni resistance

Amnesty International's smear of Yemen's Houthi rebels, referred to above, has since also been cited uncritically by the BBC (British Broadcasting Corporation) in Yemen conflict: Houthis 'carry out wave of detentions' (18/5/16).

Amnesty's report documented what it described as a "chilling campaign to quash dissent" in areas of Yemen under the control of the Houthis and allied security forces loyal to former President Ali Abdullah Saleh since December 2014.

Those held had frequently been tortured and denied access to a lawyer or their family, with some detentions lasting for up to 18 months, it said.

Many had been kept in secret, makeshift detention centres, including private homes, and then transferred multiple times between locations, it added.

In the vast majority of cases no reason for arrests were given.

Eighteen individuals featured in the report are still being held, including 21-year-old student Abdul Ilah Saylan, who was arrested outside a Sanaa cafe last August.

Members of his family told Amnesty how members of the security forces had tortured him in front of them when they visited him in detention in February.

"The guard began to beat him. Three other guards joined in and we watched... as the four guards beat him viciously," one relative was quoted as saying.

"They dragged him back inside when he fainted and told us to go home."

This report does briefly acknowledge that "the UN said in March that the [Saudi Arabia-led] coalition was responsible for twice as many civilian casualties as any other party to the conflict."

The last sentence appears to give a small amount of balance to an otherwise misleading story that can only cause more harm to the suffering Yemeni people. Yemen has, since March 2015, been fighting an invasion by forces from the neighbouring dictatorship of Saudi Arabia and assorted mercenaries from other parts of the globe. The invaders have been supplied with weapons including illegal cluster bombs. They have been supplied by Britain amongst others.

"Instead of incarcerating opponents for weeks or months on end, the Houthi armed group should release anyone who has been arbitrarily detained, implement safeguards to ensure detainees are treated humanely, and issue clear instructions that anyone under their command committing abuses will be held accountable," said Amnesty's Middle East deputy director James Lynch.

A people fighting for their survival cannot be expected to treat with tender care those within Yemen, who are siding with the invaders.

(I have not been able to find other corroborating evidence for Amnesty's claims about the Houthis anywhere else on the Internet. Should any reader find such evidence, please feel post any information, including a links to the sites in a comment.)