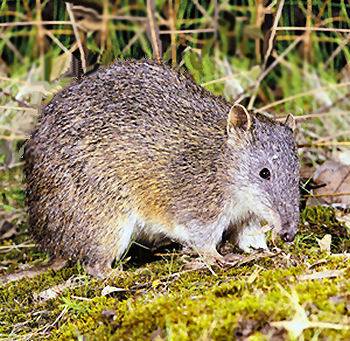 Editor: We have republished this comment as an illustrated article, here: "South Eastern Red-tailed cockatoo under threat from burning for fuel reduction"

The South Eastern Red-tailed cockatoo is under increased threat from Victorian government fire "management" plans. A large part of its critical habitat will be burnt.

Our so-called "Environment" minister has caved into property developers, and will allow urban expansion onto the wildlife corridors of bandicoots in the south eastern fringe of Melbourne, Cranbourne area. Mr Greg Hunt has excused himself from a decision on protection for an endangered bandicoot from new housing on Melbourne's south-eastern fringe because he is the local member and has a history with the issue.

Read more: Hunt takes a step back on bandicoot at http://www.theage.com.au/victoria/hunt-takes-a-step-back-on-bandicoot-20140409-36dj1.html

Mr Hunt also failed, as an Environment Minister, by approving a port project that allows the dumping of millions of tonnes of dredge spoil sludge in the Great Barrier Reef World Heritage Area.

Great white sharks are listed as "vulnerable" under Australia's environment laws, and are protected under the international Convention for Migratory Species.  With a nod, Greg Hunt make their status null and void ,  for "swimmer safety".

Under a deal with the Commonwealth that allows Melbourne to expand, the Victorian government had to prepare conservation plans to offset the loss of rare grasslands and endangered species habitat in urban growth corridors. Somehow, habitat "offsets" are meant to compensate for the concreting and bulldozing of bandicoots' territory! They are to shove-off, and our urban growth boundary will continue to be sterilized by housing, roads and more concrete.

Why do we have the pretence of an "environment" Minister when all they do is tick the boxes for property developers, giant corporations, and negate the status of protected endangered species?

Don't strand the bandicoot - put the corridors back! at https://www.change.org/en-AU/petitions/the-hon-greg-hunt-mp-federal-minister-for-the-environment-don-t-strand-the-bandicoot-put-the-corridors-back

Ahchh! We are over-run with faux-environment ministers and fast losing our wildlife. To replace Minister Hunt with his weight in bandicoots would be a net gain for the nation.

Senator Simon Birmingham Federal Parliamentary Secretary for the Environment, We, in the Australian Wildlife Protection Council Inc, write to request that you ensure that Sub Regional Species Strategy for the Southern Brown Bandicoot, which we understand you are about to approve, be strengthened. There are, at present, no commitments in the revised Sub Regional Species Strategy for the Southern Brown Bandicoot. Approval by you must fix the absence of - specifications on the quality of the wildlife corridors, - sufficient width and security in the four specified corridors within the UBG from the RBGC to the boundary, - security of tenure for land for wildlife corridors and for the management especially outside the UGB, - evidence of sufficient funds from the levy and transparent costings to achieve the incentives and on-ground actions for substantial land use change and restoration of natural functioning wildlife corridor(s) - planning controls to require (the negotiated) land use changes Under the current plan, presented by the Victorian Government, including the recent amendment, there is no reasonable expectation that there can be a sustainable population of bandicoots in the Southeast of Melbourne. Yet this is what the Commonwealth and the State of Victoria signed an agreement to achieve in the Program report of the Strategic Assessment. This is a once in generation opportunity to get the planning right for people and nature. Thank you Senator Signed by Maryland Wilson, President, Australian Wildlife Protection Council