The following article by wildlife biologist Hans Brunner comments on an unrealistic environmental policy statement from Frankston Council. Yet again, an Australian local council behaves as if it believes it can have its environmental cake and eat it. Surely the councilors and staff at Frankston are not really this naive. But if this isn't naivety, what is it? Some think that most people who have responsibility for environment in government mistakenly believe it is about a marketing exercise to develop 'customer' satisfaction; they really don't have a clue about thermodynamics or by what the environment is, that it includes nature, and that our impacts are enormous. - (Candobetter.net editor) 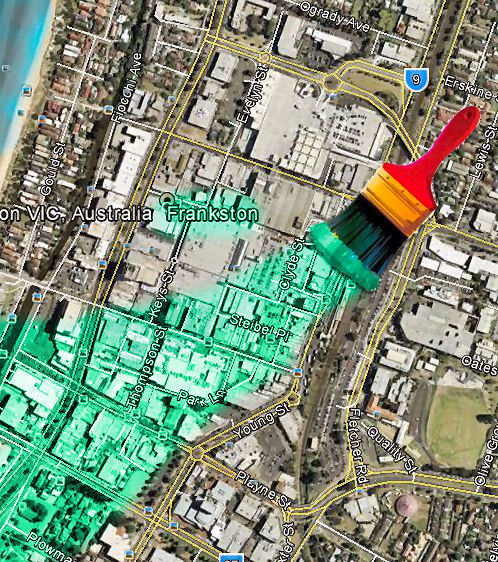 “Reasons for the strategy”

On page 11, under, "reasons for this strategy", the Council admits that “Human demand for natural resource is 2.7 global hectares per person, whereas the planet only has 1.8 gha bio-capacity available per person.”

This says it all.

Yet, Australia's and Frankston's population is still rapidly increasing, due to government policies to boost numbers. As a result, Frankston is under siege from developers in order to accommodate another projected16,000 people. Surprisingly, the council seems not to have a problem with this and so it was not included in their strategy for “Greening our Future”. From experience I can say that the Council stand on the Green Wedge is shaky at best.

P. 22-23. The glowing description here exaggerates and misrepresents Frankston’s environmental situation. Remarkably, there is no mention of the damage done to wildlife through the enormous loss of habitat when the Peninsula link was built. Frankston’s largest wildlife corridor was destroyed.

P. 31. Frankston Council claims to be “ensuring that all native wildlife are protected from cats, dogs, foxes and rats, intrusive human intervention such as bikes, fishing and unsupervised parting.” In spite of this we are still rapidly losing wildlife species and especially the nationally endangered Southern Brown Bandicoot. Furthermore, it was the grass roots people who had to fight extremely hard to keep bikes, fishing and dog walking out of the Frankston Reservoir Reserve. This was after the council invited people to say what they would like to do in this reserve, engineering responses that resulted in asking for bike riding, dog walking fishing, canoeing, jogging, parting and many many more such activities, instead of simply being able to walk and enjoy nature without molesting it. I hope they never do this again!

P. 32. Instead of “Further opportunities to protect wildlife,” it should read, 'Urgent and Realistic Actions should be taken'. This does not seem to happen.

P. 40. Whilst stating that people pollute creeks and water ways, the Council fails to warn that if more people come to Frankston, this will exacerbate the already serious problem.

P. 42. The Council agree that water is already a scarce commodity. However they don’t forecast that an increasing population will make it even more scarce. I feel that the less water everyone uses, the more people the government invites to share what remains.

P. 54. More housing, however environmentally planned in construction, will, in most cases, still create the loss of green space and wildlife habitat. It is not the solution to 'greening our future' and these negative consequences have not been mentioned in this document.

P. 56. Advocates bike use rather than car use. Elderly people cannot ride a bike and most people with heavy shopping bags cannot easily use a bike or public transport (when it is available). They have to use their car.

P. 61. Asking to reduce consuming is OK but there is a limit. Asking to restrict consuming and then promote an increase in the number of consumers is hypocritical and defeats the purported purpose of reducing environmental impact.

P. 65. To increase business and promote capital growth is definitely not greening our future.

P. 72. Under “Targets” there is no mention of protecting and enhancing of biodiversity. It seems that, for the Council, nature has nothing to do with “Greening our Future.”

P. 74-76. 'Indicators for biodiversity' fails to recognise or admit to the drastic and ongoing loss of biodiversity. This is especially the case of the Bandicoots in Frankston, but also for many other species less conspicuous, such as moths and butterflies etc. I have never heard the Council complaining about the loss of wildlife. Maybe my hearing is bad.

P. 84. Just to adapt to climate change is not good enough. However, climate change is a worldwide issue and Frankston is only a small piece of a jig-saw puzzle and has no influence in reducing global warming except to set an example in how to slow it a little.

Sadly, these proposed efforts will really only infinitesimally slow down the process of the eventual disaster. The council should come to terms with, and the public should be made aware, of the seriousness of the issues.

P. 87 “Education”. Everyone, including school children, should be informed of the truth about our dim future. Young people have to know the reality of what we are leaving them with to inherit. Finally, while Frankston Council appears to be trying to do their best, they should not mislead the community with a false security by using the word SUSTAINABILITY and make people believe that whatever the Council recommends is good enough to save the world. Far from it!

Finally, I need to add that there should definitely be no dog walking in Nature Conservation Reserves especially such as the Pines.