Where are the policies to address Australia's most harmful issue - Immigrated Overpopulation?

Perhaps Sydney's Gang Gang Cockatoo deserves to be made symbolic of the environmental harm driven by the pressures of excessive immigrated population sprawl. An endangered Gang Gang Cockatoo population is found in forested gullies in Sydney's northern suburbs. It is threatened with extinction by encroaching urban development resulting in clearing of forest and woodland habitat for more human housing. [DEC]. The Gang Gang surely has a supreme moral right to be protected from extinction than the rights of invading humans.

Yet both Gillard's Federal Labor & Abbott's Federal Liberal talk of 'sustainable population' is mere hollow headline spin. Both are committed to economic growth, because they know no better.
Both are committed to encouraging skilled immigration because if is a cheaper bandaid measure for industries not prepared to invest in local vocational training. Both have deceitfully chosen a joint campaign of media distraction on a miniscule refugee issue.

Both are only using the phrase 'sustainable population' as a slogan for vote catching.
The LibLabs have become irrelevant.

The Greens immigration policy is mainly about encoyraging more asylum seekers and vaguely "support(s) skilled migration programs that do not drain critical skills from other countries and do not substitute for training or undermine wages and conditions in Australia."

The Nationals are just adopting a combined Coalition policy - committed to blind economic growth, a vague interpretation of what 'sustainable population means and a nominal reduction in annual immigration from 2% to 1.4% (170,000 p.a.) while "liberalising" arrangements for temporary business visas (457s).

So where are there immigration policies for Australia that seriously address the problem and subsequent immigration harm being caused? My own policy would be to effect an absolute moratorium for 24 months, during which time an independent commission assesses the triple bottom line (TBL) impacts and establishes true TBL targets and maxims for (1) population, (2) immigration, (3) supply minimums on a per capita basis for TBL outcomes - e.g. infrastructure minimums like '1 hospital bed per 5000 people' within a 30 minute car journey, etc. Such maxims set quantifiable limits on Australian social, environmental and economic values.

Of all the currently registered political parties in Australia, only the following have a serious policy committed to reducing Australian immigration:

"Australia First Party agrees with the notion that our primary reason for immigration should be based on Australia's need, i.e., the only justification for immigration is net value to Australia. We will make sure that immigration takes into account social cohesion, employment opportunities, urbanisation and environmental issues.

Our policy on immigration is "zero net" which means the number of immigrants we will allow in each year will equal the number of people permanently leaving Australia per year."

"To restrict immigration except that related to investment and for this to continue at least until Australia’s unemployment crisis is resolved."

Although not advocating reduced immigration, the Secular Party of Australia does advocate reducing the Australian birth rate and has some comparable initiatives:

"Global population is a significant issue in dealing with many environmental problems. Australia is a dry but relatively rich country, and has a low population compared with our neighbours. Australia's resource wealth will enable us to maintain a privileged position in the global community. The Secular Party is opposed to policies that encourage a higher birth rate. It is the policy of the Secular Party to abolish the baby bonus.

The Secular Party deplores xenophobic attempts to demonise refugees and asylum seekers. We support continuation of an immigration program that is both economically beneficial and environmentally sustainable, and which provides sufficient allowance for our humanitarian obligations. We note that migrants to Australia must agree to respect certain values, including the equality of men and women, as part of the Australian Values Statement in the immigration application form. It is the policy of the Secular Party to consider means by which migrants may be required to respect these values that they have already agreed to."

is not registered with the Australian Electoral Commission for the coming Federal Election.

"1. Adopt a formal national 'population policy' to stabilise Australia's population at around 23-26 million through to 2050. (Since we are at 22 million, this would mean a moratorium).

2. * Adopt a balanced and sustainable migration program, with annual immigration at around *50-80,000, being equivalent to total annual emigration.

3. Reject any selection of immigrants based on race.

5. Phase out the Baby Bonus and re-direct funds to an appropriate parental leave scheme that promotes greater female participation in the workforce.

6. Tie foreign aid wherever possible to the improvement of governance and economic and environmental sustainability, with a particular focus on women's rights and education and on opportunities for couples to access family planning services."

"The Stable Population Party was due to be officially registered on July 24, but Julia Gillard called an early election on July 17 and prevented us from standing candidates under our party name." [SPPA website]

Serious immigration reduction policy for Australia is overdue. The longer we allow more and more arrivals, the closer Australia is approaching social, environmental and economic crises. 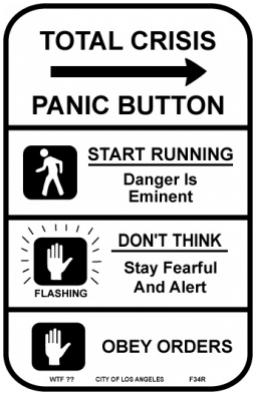