Propaganda is how they got people to go along with the so called 'revolution' in the first place.

What if armed men came to town and the cable TV news stations broadcast that there is a revolution and if you want a place in the new society you have to join now? What if you were poor and living in the ghetto when the announcement arrived and they told you that this was your chance to participate in the government and to become empowered in society? Then, armed checkpoints were set up everywhere, some operated by local people who might be armed and trigger happy, but at least they recognize you; others by strangers who are part of the national army, and they aren't in a good mood. Both sides believe that some of their members have been killed by the other for no good reason and they are angry. You weren't at the protests so you don't really know what happened. You've seen some very polarized 'news' on TV. and a call to battle. What do you do now? 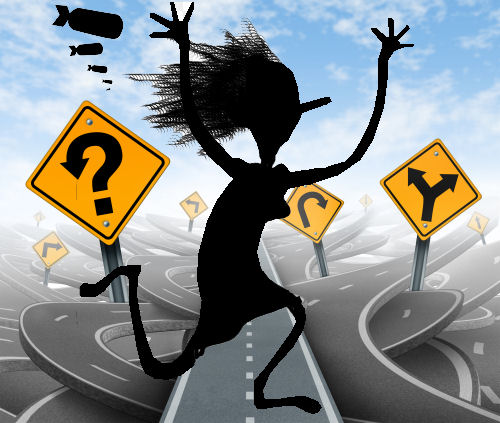 [In North America]I have been introduced to a refugee family from Daraa. They are a young couple with three children between four and eight years old. They are having a hard time here for a number of reasons. They weren't really ready to be in a context with no family support. Mohammed, the husband, is deaf and, so far as I can tell, none of their relatives were killed. Wishan said that religious extremists are haram. She likes to listen to recordings of a man chanting the Quran, but she doesn't wear a hijab. She said that is a small thing in the eyes of Allah. I am pretty sure they were not directly involved in the war or the events that lead to the outbreak in 2011. She complained that her brother had been hassled at checkpoints, but he is alive and well in Europe somewhere at present. Most of the family is still in Daraa.

Wishan showed me photos of her destroyed home in a block of bombed out houses. But she also showed me a photo of the bruised and bloated corpse of an adolescent boy with what looked to be a 22 caliber bullet wound in the area of his heart. Her English isn't good but I think she was trying to tell me that was one of the boys who wrote anti-Assad graffiti and were abused by the government at the beginning of the war. The first thing I thought when I saw the picture is that I'm sure lots of boys have died in this war but there is no evidence in a naked corpse of who shot him, when, where, or why. I also thought that there is a whole world of Internet propaganda out there targeting Syrian civilians in the Arabic language news from the Gulf states and Saudi Arabia.

Its funny how stories spiral out in different directions. The government fired the governor responsible and sent a delegation to chill things out. According to our sources, they didn't come up with any hard information, which makes sense because if people had already got their kids back they might not want to risk any more attention to them. A year ago, Al Jazeera ran an article that focuses on one of the boys supposedly abducted and tortured by the government in Daraa. It was called "The boy who started the Syrian revolution". The article didn't specify the fate of any other boys involved though they noted that several were originally arrested, like maybe three or four. It seems to imply that they were released. This boy, however, is identified as currently a member of the Free Syrian Army and shown sitting at a low table before a laptop computer. An image tailored to liberal western tastes.

But this civilian refugee from the area is still carrying around a horrific photo of a boy she believes to be one of the boys who were tortured and killed by the Syrian government at the beginning of the war. This event has reduced her life to chaos. The eight year old said that he wants to go to Syria and fight against Assad when he grows up. When I told him the war is pretty much over, he was incredulous. I suggested he can go and help rebuild.

It's all very sad. Every war leaves the seeds of another war. And the propaganda is more toxic to those directly affected by the war in every way.

I am still working with Wishan and her family. Mohammed is a carpenter from a relatively well off family. They have gone from being respected members of a community to being beggars here. I am going to give some carpenter work to Mohammed and see if he can get a start building and selling furniture here. I'm thinking that over time we can become friends. Right now they are frightened and rather desperate but hopefully they can become more self sufficient.

I asked about Daraa today and Wishan said that things are calm there but very expensive to live. It is one of the cities where a reconciliation program has been negotiated by the government. There are local people controlling some basic services and running a Sharia court while the government controls the outside parameters and provides power, clean water, salaries for government employees and whatever aid they can. Of course there is little money for rebuilding at this point and Daraa was kind of a working class city to begin with.

The family of a child with appendicitis is in Daraa where they had to pay $500 for his surgery. Apparently medical services there are scarce and costly. He received his surgery in time to survive but he is now partly paralyzed. I don't know if it is from the toxins that must have been released into his abdomen when his appendix ruptured or something went wrong in the surgery. Perhaps the paralysis will improve with time. We can only hope.

This week, congress failed to renew the CHIPS program that has for provided health care for 2 generations of children in families living below the poverty level. They were busy passing a monstrous military budget and a tax bill that provides 'relief' for corporate behemoths already on the government dole. Meanwhile Wishan and Mohammed's children remain at risk due to lack of medical care here in the land of plenty. I think they kind of understand this but they are too desperate to consider it. There is no turning back for them.

War is terrible thing regardless of which side you are on. The physical war kills people and destroys resources while the propaganda war is waged to divide people against their neighbors and fuel hatreds. Refugees come to the United States, or Europe, or to Turkey, all countries who have fed the war with weapons and propaganda, countries that have profited, or at least hoped to profit, from the war that has beggared a relatively stable nation and disrupted an ancient culture built on religious and ethnic diversity. Unfortunately, refugees who come to the US from US engineered war zones face continued poverty, isolation and confusion.

About Judith Bello: Judith is a member of Administrative Committee at United National Antiwar Coalition, the Middle East Task Force at Fellowship of Reconciliation and Webmaster at Upstate Coaltion to Ground the Drones and End the Wars. She lives in New York and has visited Syria on anti-war projects.