Patriarchal values are not male values.

Feminists may say that the prevailing attitude of men has always been that women’s place is in the home. Well the truth is that until the industrial revolution, everyone’s place was in the home. Home was where families worked – together. Men did not go off to work in offices and factories until there were factories and offices to go to. For most of western history they worked on the farm or in the shop with their wives and children. It was only the industrial revolution that rendered families and communities asunder, culminating in the stereo-typical 1950’s housewife – at home, isolated and alone – in a way, and on a scale, never seen before in human history. This article asserts that neo-liberal values may rule more men but that they are not natural male values and that Christianity, for instance, although dominated by male figures, endorsed values opposite to liberalism. Comments welcome. Editor, Candobetter.net. 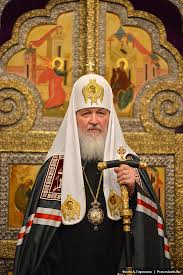 What if the values often associated with ‘patriarchal systems’ are not really male values at all? I hypothesise that understanding the negative aspects of our society - associated by some people with patriarchy - may require looking at the problem from quite a different angle. Firstly, let us identify what traits are associated with patriarchy. For this I have drawn upon 'The Heroine's Journey' by Maureen Murdoch. In examining this text I have noticed that the attributes Murdoch associates with patriarchal society are strikingly similar to what many may associate with 'materialism'. The sorts of terms in Murdoch's book associated with patriarchal values include: 'compete', 'jockey for power', 'workaholic', 'control by the stronger', 'power', 'quantifiable', 'success' (in a career sense). Now I doubt that this is a definitive list, but I believe it captures many of the elements of so-called patriarchy as raised in feminist and other literature. I argue that these are not innately male traits at all, but rather, if anything, a more generic human tendency. However, I suspect that like materialism these values were in the past kept in check – although very imperfectly – by various alternative value systems.

Formal religions often offered such alternative value systems. Christianity, for example, promoted a value set which included: humility rather than pride; service to others rather than selfishness; and generosity to the poor and disadvantaged. Such a value set required the strong to defend the weak (rather than seeking to exploit them) and even though the churches themselves may have acted with the worst Machiavellian tendencies, they did at least espouse these Christian values and as such kept them alive as respectable to aspire to. Buddhism is another example of religion offering alternative values against, for example, feudal values.
In fact, these ancient religions also had a name for the types of behaviours described as ‘patriarchal’ in Murdoch’s book (by the way, this is no criticism of Murdoch’s book, I am just drawing on it as a basis for this analysis). The Christian religion identified many of these behaviours (and some others as well) as: egotism, selfishness, ruthlessness, worldly success and prominence and, perhaps uniquely, it warned against the lust for power (as well as sensual lusts). These behaviours were collectively called ‘worldliness’ and everyone – male and female – was warned against them.

In fact, perhaps an emerging word that encompasses many, but not all, of the behaviours of Christian worldliness is 'neo-liberalism'. George Monbiot in his article 'The Zombie Doctrine' describes the neo-liberal ideology as follows:

'Neoliberalism sees competition as the defining characteristic of human relations'

'a process that rewards merit and punishes inefficiency'

'What greater power can there be than to operate namelessly?

Others use similar terms for the ‘nameless’ forces at work, Halffman and Radder in a 2015 Minerva article refer to processes of neo-liberalism in universities as ‘The Wolf’.

Jesus once said, ‘by their fruits will you know them’. Jesus’ words suggest we should not take priests based on their own descriptions of themselves, or their teachings, but rather judge them by their actions and outcomes. The modern priests are the economists and ‘big business’ advocates (i.e the system’s sycophants). Regardless of their promises and claims, we should, as Monbiot does, judge them by their deeds and outcomes, which are loneliness, misery, ill-health and environmental destruction. By its fruits it seems we can clearly identify the true nature of neo-liberalism.

But do you really think that all men fit the classic paternalistic mould? Are there are no men out there who are unselfish? No men who seek the same intrinsic rewards that are now typically associated with women and women’s work? Are there no men who do not aspire to be leaders of companies, famous, powerful and/or wealthy? Because if there are no such men, then who are those men who drive our buses, teach our children, work our ambulances, put out our fires (at risk of their lives)? Surely these vast numbers of everyday men outnumber the relatively few CEO’s and Silicon Valley sociopaths? Just because there are more men than women in our power structures does not mean that these mostly negative and destructive traits are intrinsically male.

So how did the traits of seeking worldly success, power, status and money come to be associated with men and ‘male rule’ in the form of paternalism? I think that it is just that due to history and circumstance large numbers of men were amongst its first victims. But in our modern age it seems that increasingly more women are being drawn into its web. Feminists may retort that the prevailing attitude of men has always been that women’s place is in the home. Well the truth is that until the industrial revolution, everyone’s place was in the home. Home was where families worked – together. Men did not go off to work in offices and factories until there were factories and offices to go to. For most of western history they worked on the farm or in the shop with their wives and children. It was only the industrial revolution that rendered families and communities asunder, culminating in the stereo-typical 1950’s housewife – at home, isolated and alone – in a way, and on a scale, never seen before in human history. And what about Indigenous cultures where home was nature – could anyone say Indigenous women were any more confined than men? What about the objectification of women? Abhorrent I agree, and perhaps always present in the world, thus the Christian warnings about these issues. But not on the scale of what we see today. But this is the nature of the spirit of worldliness; neo-liberalism; The Wolf – whatever you want to call it – everything on the earth is to be exploited: people, nature, planet. It is all for sale. Every vice or weakness is to be exploited to its maximum potential. Until the whole of humanity is debased in an orgy of consumerism, of seeking sensual satisfaction where-ever it can be found, and other humans are only valued as far as they are able to be used to produce these satisfactions. That is where neo-liberalism is taking us. And in the process one of its effects is to make us desperately unhappy. Another is to create conflict where-ever conflict is possible: between young and old, between male and female, between the powerful and the powerless. It will keep us blaming one group or another, while it as the true cause remains hidden and un-named. That is the nature of this particular beast, and as Monbiot points out, like a zombie it lives through us.

A postcript on power

I did not want to criticise Murdoch's book. But I did notice that in the book power is strongly associated with discussions of success. This to me seems very odd, and somewhat dangerous. A fight for equality I can fully understand, and see the need for historically. But power is something else, it implies power over others, it implies inequality. Because if everyone was to have power, then no-one would be more succesful (by this book's definitions) than anyone else. To quote 'The Incredibles' - "once everyone is a super-hero, then no-one is". So once everyone has equal power, the very concept of power disappears, and so does this concept of success - so what then is your definition of success? I fear that by promoting power as desirable there is a risk of encouraging more people into that group who love to have power over others, which I think encompasses the motivations of most of our leaders today (rather than motivations to do good for society). So what is success then? What is the goal we should be aiming to achieve personally? Probably for most of us not power over others, that would seem more a neo-liberal goal.