Redland City will host the Queensland launch this month of Overloading Australia by Mark O'Connor and William Lines, a controversial new book that looks at "how governments and media dither and deny on population".

Co-author Mark O'Connor will launch the title at a free event at the Redland Performing Arts Centre Auditorium on February 20 at 4.30pm. 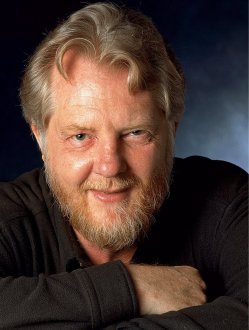 The book, a follow up to Mark's earlier title The Tired Brown Land, aims to show how Australia "might and must become smaller, greener and happier".

The book's launch in southern states earlier this month sparked a war of words with former Prime Minister Malcolm Fraser, and continues to fuel debate on the heated topic of population growth in Australia.

At the Sydney launch, former New South Wales Premier Bob Carr said "the debate on population is long overdue", and Overloading Australia has also been endorsed by Dr Robert Birrell, Director of Monash University Population Centre, as "the most informed and accessible analysis of the implications of Australia's high rate of population growth".

In response to criticism aimed at the book, Mark highlights the fact Australia's population growth reached 1.6 per cent per annum in 2008, "a rate more typical of Third World countries".

"Here in the Redlands, population growth is something we grapple with on an almost daily basis. We know we need to manage growth, and we are determined to do so in a way that is sustainable and protects the things we love about our city," Cr Hobson said.

"I'm very interested to hear Mark speak, and hear his approach to the population challenge, particularly as it relates to the Redlands."

Redland City Councillor Debra Henry has been instrumental in securing Mark's commitment to bring his books to south-east Queensland.

"To omit population from the sustainability equation is a formula for failure," Cr Henry said.

"With the review of the SEQ Regional Plan under way, it's imperative to recognise the difference between avoidable and unavoidable growth and the influencing factors. Mark's well-researched book, in an easy-to-read format, is a valuable tool for those serious about securing a sustainable future."

Mark is a committed environmentalist, poet and author of more than 20 books (on subjects ranging from poetry about the Great Barrier Reef and the Blue Mountains, to literary criticism and population and the environment).