"The utterly biased and relentless Murdoch press in Melbourne, Sydney and nationally through The Australian has played a big role in destroying Julia Gillard's standing with the electorate, such that Tony Abbott is well placed to win control of both houses in the coming September 14 Federal election." 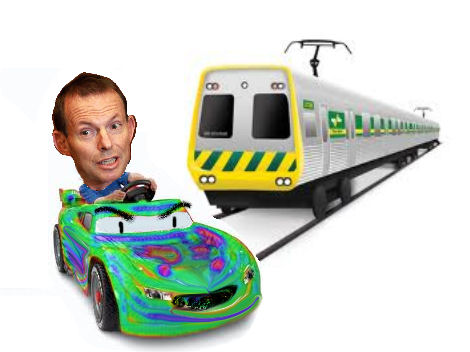 Sure, there have been plenty of own goals and the government's anti-business, union-driven, big spending philosophy doesn't lend itself to long-term success.

And with Tony Abbott positively fawning over Rupert Murdoch at the recent IPA 70th birthday dinner, it is clear the Murdoch press will have substantial influence over an Abbott government, just like the way New York-based News Corp effectively forced John Howard to blindly back the folly of George W Bush's Iraq invasion.

This would be fine if News Corp used its unprecedented media reach in Australia to argue for good policy prescriptions, but too often they use this position of power to become partisan political players who turn a blind eye to bad policy.

For instance, News Corp has never really done anything to improve Australia's campaign finance disclosure laws which are still the weakest in the western world after John Howard's disgraceful changes.

Another classic example was Tony Abbott's refusal to get behind funding urban rail infrastructure when he recently declared that the Commonwealth has ''no history of funding urban rail and I think it's important that we stick to our knitting''.

The Age suitably demolished this position in a strong editorial but the Herald Sun has been silent, not even reporting the comments in a meaningful way.

State Liberal governments all over Australia are hanging out for federal funding of urban rail projects. Tony Abbott's road bias is utterly ridiculous and unsustainable and it should be consigned to the dust bin of history by a short sharp News Ltd campaign.

Bizarrely, the Herald Sun launched a page 1 campaign for infrastructure funding today but still haven't made the point that their man Tony Abbott is the biggest problem.

Without Federal funding for the all important Metro 1 rail tunnel between South Kensington and South Yarra, we won't get the network benefits that would allow subsequent rail additions to Doncaster, the airport and Rowville.

Both Infrastructure Australia and the Victorian Government have Metro 1 listed as their top project for Melbourne.

Abbott should untie his $1.5 billion promise for the East-West road tunnel and leave it up to the Victorian government to decide where to spend this Federal grant.

How the Herald Sun can run an advertising campaign saying "We're for Victoria" and not hold this Sydney-based politician to account on his rail funding ban is just extraordinary.

To Herald Sun editor Damon Johnston and his boss Peter Blunden, please stop this madness and get your man Tony Abbott on the Metro 1 train before it is too late.