Was the future sold?

What would Dr Nugget Coombs think of our treatment of the environment and the economy today? Quark applies a retrospectoscope to the problem as she reports on a 1970 Boyer Lecture on environment and economy. 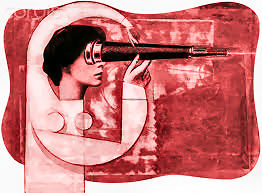 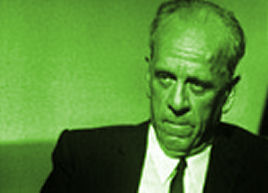 "…In the protracted quarrel between the nature lovers and the money spinners, certain premises have been taken for granted: we can have a rising standard of living at the cost of destruction and pollution, or we can preserve some of the quality of the continent at the cost of material comforts. ..”

A yellowing square of newsprint fell out of an aged scrap book taken from a bulging filing cabinet. It is a random piece amongst many old fragments of decades old news. It is from the Melbourne newspaper “The Age” dated Saturday November 14, 1970 and looks to be an editorial titled "Selling the future".

The subject of the article is the 2nd Boyer lecture given by eminent economist, public servant and first governor of the Reserve Bank, Dr. H.C. (Nugget) Coombs,1906-1997. According to the article, Dr Coombs declared the choice between environment and standard of living was a “false dichotomy”.

Dr Coombs, says the article, wanted Australia to conserve the

“unique treasures of the Barrier Reef and the unique culture of the Aborigines”.

“He is equally insistent that we should not join in a mad scramble to sell off the newly discovered mineral resources of the nation to foreign interests to make a quick dollar .Such behaviour, he warned, is economically irresponsible and a ‘betrayal of our heirs and successors’.

It goes on to say ‘Even recent discoveries do not guarantee that Australia has inexhaustible reserves of oil and metallic ores. To sell off our rights to these capital assets in a mood of ‘mineral madness’ is to hand over the bulk of these assets to foreign enterprises interested only in short term gains.'

According to the article, Dr. Coombs

“believes we have nothing to lose and much to gain by letting some of these resources lie undisturbed for later generations to exploit. Their market value is likely to increase as the world resources of minerals are consumed and as Australian technology improves to the point where we can process them in this country instead of selling them off for a fractional benefit”

Did Australia’s technology improve to the point where the country was able to “add value” to raw materials or did global economics get in the way of this happening or being maintained? How often now do we hear of any consideration being given to future generations and the need to leave resources for them to use? Rarely, I would say. What I am hearing now is that Australia’s “resources boom” might over, meaning that we are not extracting minerals as quickly as we would like, to bolster our economy.

Oil production in Australia has been declining for at least 10 years. Where will this leave future generations? We cannot be confident that this resource will not be needed in the light of perfected “renewables”.

“In the meantime , our techniques for preserving and conserving the natural environment must improve. We are still in the very early stages of developing a balanced programme of ecology and if we are too greedy we may do harm which can never be repaired.”

I wonder what Coombs would say about the environment reports that have come out from the various states in the last 20 years. Environment is not important to governments today.

This has been expressed again very clearly by the Victorian government having very recently tucked Environment in with Primary Industry.

Apart from the possible conflict between the 2 sections, environment is ultimately all we have. It should have a department all its own!

Again from the editorial -

“As chairman of the Council for Aboriginal Affairs, Dr. Coombs has his own close and studied interest in the preservation of the first human culture in this continent. Before making any further decisions on the mining of Aboriginal reserves, people in power should carefully ponder the question which he asks ‘by what calculus can one assess the relative importance of instant profits from the dispersal of wasting assets against the destruction of a way of life unique in the world?’ "

'This is not the kind of talk used in elections; it is a long sighted view of the future of the this country, as well as its immediate economic needs. Politicians on both sides of the fence would do well to read this paper and treat it with the seriousness due to a major national problem. It not only affects our lives but the lives of our children.'

The grandchildren and even great- grand children of the adults who cast their eyes over this editorial back in 1970 are now here. Have the intervening generations done the right thing by them?

At the time the article was written, the largest concentration of rock art in the world - an amazing gallery of aboriginal observation and history on the Burrup Peninsula, Dampier Archipelago - had barely been discovered. In the meantime it has been severely compromised through industrial and infrastructure projects.

Thank goodness in 2008, the Australian Government placed 90% of the remaining rock art areas of the Dampier Archipelago on the National Heritage List.

Would Coombs be pleased with the degree to which Australia adds value to its mineral exports? The iron ore that Australia exports now has a much higher phosphorus ad silica content than previously, suggesting that the highest quality ore has already been mined - an indication that we have not been thinking of future generations.

I imagine Coombs was already horrified at the time he died with the destruction of Australia’s environment and we are now 16 years further down that path of environmental destruction.

What is interesting is that “The Age” back in 1970, thoughtfully conveyed Coombs’ Boyer lecture, so remote from immediate economic considerations in its editorial.

Great Barrier Reef in danger according to UN report

Great Barrier Reef is deemed under threat by United Nations' environmental arm after UNESCO raised concerns in a new report. With up to 43 proposed developments along the coastline of the reef, UNESCO recommends the reef's status be listed as "in danger". The federal government must refuse any further development applications in the Great Barrier Reef area if it wants to avoid the world-heritage-listed site being classifed as "in danger" by UNESCO, environment groups say. The report claims the federal and Queensland governments have failed to improve water quality or halt coastal developments that could impact the reef. The Newman and Gillard governments have continued to fast-track mega industrial ports alongside the reef. Greenpeace Georgina Woods said if the government wanted to stop the reef being listed as in danger, no more projects should be approved. The Queensland government has flagged possible developments up to 50 kilometres from current ports. The drive for economic growth and developments for export dollars could cost future generations their natural heritage. It's assumed that the environment is an asset that can be drawn upon without losing it's "capital". It's assumed it's a disposable asset, in surplus, that can be traded in for economic growth. Selling our future assumes nothing is more important than the economy, and human benefits. The destruction of world heritage marine ecosystems can't be justified. It's mypopic, and theft from future generations and a deliberate undervaluing of the value of non-human species and habitats.