The latest propaganda inundation to force people to accept overpopulation as a fait accompli is coming from the so-called "Bradfield Oration",1 which is to be inaugurated by that mass-media propaganda horn, Australia's Prime Minister, Tony Abbott. The University of Sydney and Lend Lease have been described as 'key partners' in this 'initiative'2 which will steer university students their way by awarding an associated prize. So much for independence in academia, eh?

The current publicity machine anoints some architect from New York to tell Australians how to suck eggs for their greedy masters.2 Vishann Chakrabarti is being used to frighten the people of Sydney with a "build up or else" and to market the idea of selling air-space to developers so that they can build the residential towers residents have been fighting for generations. This concept of selling airspace is obscene in the context of human rights as well as Australian values of freedom and nature accessible to all. Australia's self-appointed leaders are in the business of making everything for sale by privatising all natural rights and resources. They should be put on trial for this as a criminal conspiracy to advantage a few at the expense of the many citizens whose taxes they abuse for their own ends. Unfortunately they also make the laws.

Former career mining professional Simon Michaux gives a public lecture in Adelaide describing the onset of 'peak mining' and its various implications for natural resource management. A significant and comprehensive update to the field. Governments will be watching this one and trying to ignore it.

What would Dr Nugget Coombs think of our treatment of the environment and the economy today? Quark applies a retrospectoscope to the problem as she reports on a 1970 Boyer Lecture on environment and economy.

Has the prospect of global temperature rises between two and six degrees centigrade got you down? Don’t worry, for the world might well be in for a cooling trend. The kind that comes after the planet is enveloped in a canopy of ash and debris following a thermo-nuclear war. 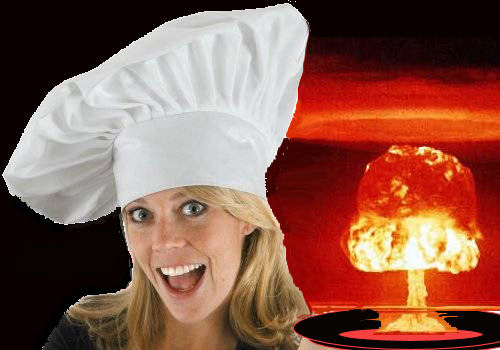 Has the prospect of global temperature rises between two and six degrees centigrade got you down?

Are you like me? Do you hate hot humid summers that never end? Do you toss and turn in the night, soaked in sweat, not finding relief, even in the darkest basement or under the shade of the biggest tree? Don’t worry, for the world might well be in for a cooling trend. The kind that comes after the planet is enveloped in a canopy of ash and debris following a thermo-nuclear war. You see, nuclear winter, the bogeyman you thought had gone into permanent retirement when the Berlin Wall came down and the Soviet empire bit the dust, is still on the menu.

In the following article, originally published in the Winter 2008 issue of The Independent Australian magazine, Dr John O'Connor draws attention to Professor Jared Diamond's book Collapse: How Societies Choose to Fail or Survive and the chapter in it specifically on Australia and its overpopulation woes. 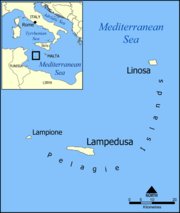 Lampedusa is a tiny Italian island near Malta. It is located 205km from Porto Empedocle in Sicily, 167km from Tunisia and 167km from Libya. It has only 6,000 permanent inhabitants. With the recent failure of Libya to honour a 2004 agreement the Island's resources are being overwhelmed by clandestine immigrants from Africa en-route to Europe. 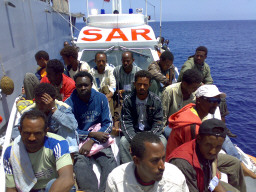 The immigrants come through Lampedusa, as if through a permanently open door. They do not want to stay too long. Their objective is to go somewhere else, to the rich cities of the north of Italy or of Europe. It is a problem for the European Community, as much as Italy's problem.