Australia does totalitarianism poorly. The PATRIOT act at least appeared to have some limitations. These proposed new laws [1] don't encroach on privacy, they completely obliterate it. The Liberals are doing what the Nazi's did, minus the economic improvements, conservation and infrastructure (there's something to think about!).

It essentially implements the Internet monitoring that we were worried about years ago. There is little reason to doubt that Australian spies won't have a warrant to monitor one computer or device on the internet as soon as they can (I strongly suspect these laws legitimise what has been long standing practice and that such monitoring has been in place). We can consider the internet monitored, as these laws define no boundaries. This is no different to if the government had said "we will monitor the internet however we like".

I ask which "terrorist" organisation has the capability to threaten our liberties and rights to this extent? And all this from what? The media lying to the population by stating there was a beheading planned!See also international alert regarding Australia's draconian laws: "Australia on the Verge of Permitting Alarmingly Broad Internet Surveillance " by Emily Tankin. 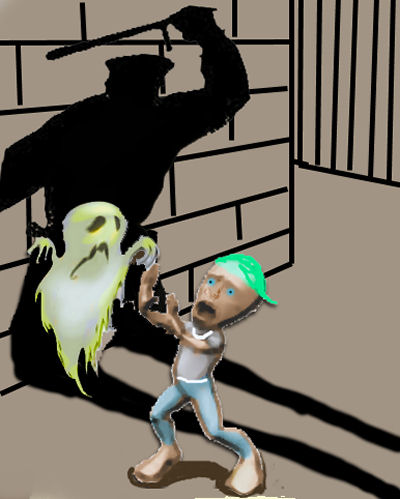 Note that the police only confirmed 'violence', NOT beheadings being planned (or merely discussed or mentioned).[2] Colour me cynical, but this is a blatant attempt to jerk Australia back under the boot of authoritarian conservatism and give licence for military action against Syria, oops, sorry, ISIS... All the government agencies have to do, is follow anyone they want to make a target, and it is inevitable you can find something to blow up. The ISIS angle works doubly well, because objecting to the coming conflict paints one as someone against a humanitarian mission.

Consider the following, if one wanted to ban the Macrame and Crochet society, or ban knitting needles.

1) You begin surveillance of members of the Macrame and Crochet society, infiltrate meetings, etc.
2) Wait. Record everything.
3) Have a record of a phone call of Mavis telling Ethel "That Tony, I tell ya, he needs a good kick in the bum". Every Australian at some point or another says something along these lines about some politician. Chaff bag anyone?
4) Say that members of the organisation have been "planning violence" against Australians (true in a very strict sense), then LATER, mention its a politician.
5) Have the media use phrases like "The Macrame and Crochet society has been under surveillance...." . It is technically true and people will assume they must have done something wrong to be under surveillance. "Known to the police", "Was under surveillance" are scary sounding phrases which imply guilt and danger, but could actually be completely meaningless.
6) Organise 800 riot goons to arrest Mavis, complete with media presence (how do they know?). Call it the biggest anti-terror operation in history (again, technically true, because you've made it true).
7) Don't make effort to correct the media if they talk of 'stabbing people with knitting needles'. The media are allowed to get things wrong. Journalists don't get fired for mistakes. You can talk of remaining calm, but neglect to mention the media whipping things up, and do nothing at all to calm people.

And there you have it, you can have the population in hysteria, thinking that old grannies are going to gouge eyes out with knitting needles. The beauty of this scam is you don't have to lie! Hand on your heart, its all true!

The scariest thing was, as I was writing this, I had in the back of my mind that this could be a risk. That this would be monitored, put against my name. I would have never thought 20 years ago that in Australia it would be like this, but here we are... I remember as a child my grandmother telling me stories of how everyone was monitored in Nazi Germany, that people would dob on each other (often just out of spite) and that things you said could be used against you later. From what I've heard of people who lived in Communist countries, it wasn't too different there. These regimes did NOT have armed guards at every corner, STOPPING you from speaking. No, you were free to speak in Communist Russia, or Nazi Germany, but you never knew what was recorded, and you would find, sometime in the future, after exercising your 'freedom', you're in trouble.

Australian spies will soon have the power to monitor the entire Australian internet with just one warrant, and journalists and whistleblowers will face up to 10 years’ jail for disclosing classified information.

The government’s first tranche of tougher anti-terrorism laws, which beef up the domestic spy agency ASIO’s powers, passed the Senate 44 votes for and 12 against on Thursday night with bipartisan support from Labor.

The bill, the National Security Legislation Amendment Bill (No. 1) 2014, will now be sent to the House of Representatives, where passage is all but guaranteed on Tuesday at the earliest.

Anyone — including journalists, whistleblowers and bloggers — who “recklessly” discloses “information … [that] relates to a special intelligence operation” faces up to 10 years’ jail.

Any operation can be declared “special” and doing so gives ASIO criminal and civil immunity. Many, including lawyers and academics, have said they fear the agency will abuse this power.

Those who identify ASIO agents could also face a decade in prison under the new laws, a tenfold increase in the existing maximum penalty.

These changes have opposition support and would make it a criminal office to travel to a terrorist hot-spot without a reasonable excuse.