Whilst material has been posted in recent months to the Ukraine section (http://candobetter.net/ukraine) little has been added to this page since May 2014. From now on, we intend to update the section above, as far as we are able, with links to all the most important material about the Ukraine conflict, both anti-imperialist and (pro-fascist) mainstream , as well as our own commentary. We will endeavor, also, to republish appropriate articles on candobetter and write our own. - Ed, 9 Aug 2014

The Ukraine in Turmoil (2/5/2014) – Guest column, by Israel Shamir, which is critical of Vladimir Putin, on Paul Craig Roberts' web-site; Putin Blinks in Ukraine Standoff with the US. The Role of Oligarchs? (17/5/2014) — an appraisal of the handling of the Ukraine provocation by Vladimir Putin and the BRICS nations, including China and Iran. This appraisal is more critical and more apprehensive than that given by other dissident news services,
US coup failed in Ukraine: Kiev junta's days are numbered (16/5/2014), Donetsk getting ready to defend itself as ultimatum to Kiev expires on May 16, How NATO Jabs Russia on Ukraine (15/5/2014), US Blackwater Mercenary Units Behind Kiev Regime’s Outburst in Ukraine (15/5/2014), UN Ukraine report shows double standards in attempt to whitewash Kiev's actions - Russia (15/5/2014), US says Eastern Ukraine vote illegal - Video (14/5/21014), How the Western Media Deciphers the Neo-Nazi Code (14/4/2014) by Professor Michel Chosudovsky, The US Failed Plan for Ukraine is to Incite Russia to Intervene. The Kiev Coup Government is Already a Dying Entity, White Book on Violations of Human Rights and the Rule of Law in Ukraine, The Kiev Putsch: Rebel Workers Take Power in the East, America's Neo-Nazi Government in Kiev. Towards a Scenario of Military Escalation?, US, Kiev Puppet Regime Escalate Ukraine Conflict After Russian Concessions, False Flag in Odessa: The Pathetic U.S. Media Coverage, Ukraine: US Ambassador to Moscow's 2008 Cable — "Nyet, Means Nyet: Russia's NATO Engagement's Red Line.", American Conquest by Subversion: Victoria Nuland Admits Washington Has Spent $5 Billion to "Subvert Ukraine", Ukraine Military Attacks Anti-Coup Civilians, US Silent, and In Ukraine, Adolph Hitler is Praised as a Liberator on Global Research
US involvement in Ukraine is like ‘Russia getting involved in Puerto Rico’, 10 killed, around 30 injured in Kramatorsk overnight fighting – self-defense leader, ?Radicals shooting at people in Odessa’s burning building caught on tape, Ukrainian army attacks eastern cities of Mariupol, Konstantinovka, West doing same to Ukraine as it did to Yugoslavia in 1990s — RT Op-Edge, Public activists to sue Kiev regime in European rights court, A day that will live in infamy: The day Odessa citizens were savagely killed, Ukraine can’t guarantee full transit of gas to Europe, warns Russian energy minister, US hypocrisy over Ukraine 'absolutely stunning', Moscow's roadmap for Ukraine settlement sees mixed response, Odessa tragedy survivor: 'Many people strangled after escaping the fire', Odessa tragedy 'fascism in action' - Lavrov, Nuland has tough time justifying US involvement in Ukraine — Video, 2 southeast Ukrainian regions to hold referendum May 11 as planned, 400 US mercenaries 'deployed on ground' in Ukraine military op, 'Right Sector's atrocities in Odessa to backfire on them', Lawmaker calls for CIS human rights court to try Ukrainian violators, ?Lessons of World War II forgotten: Will Germany be the peacemaker? and ?The New Cold War: Libya, Syria, and the Ukraine on Russia Today.
Claims that Putin initiated conflict in Ukraine after Sochi Olympics make no sense - Kissinger, 400 US commandos help Kiev in its military offensive in east Ukraine, NATO-Nazi operation in Ukraine aimed at Moscow - John Bosnitch, Slavyansk defenders armed with Ukrainian weapons, no Russians among them and on Voice of Russia.
Violent clashes erupt in Ukraine’s Mariupol (7/5/2014), World War II continues... against Russia (/5/2014), Russia's Putin visits Crimea for military parade (9/5/2014), Pro-Russians say 90% in favor of Donetsk independence (12/5/2014), US private troops fighting alongside Ukrainian army against pro-Russians (11/5/2014) and Western cover-up of Odessa massacre (7/5/2014) on PressTV.
Ukraining thugs still on Washington's payroll, Beacon that is East Ukraine or Are you on the right side of history?, Press point by Vladimir Putin and Putin —Burkhalter talks: an elusive chance for Ukraine on Voltairenet.
Ukraine Crisis: The Battle for Slavyansk, Spinning the Odessa Massacre and Nazism: History is Repeating itself in Ukraine on The Land Destroyer Report.
Locals in eastern Ukraine hope for better futures after unrest and US support of violent neo-Nazis in Ukraine: Video Compilation on YouTube.
NATO-Nazi operation in Ukraine aimed at Moscow - John Bosnitch (8/5/2014) on Voice of Russia. More updates
Vid-Interview: Russia-US relations as seen by past NATO secretary - Alessandro Minuto-Rizzo (10/5/2014), Close your eyes if you still dare: US support of violent neo-Nazis in Ukraine - Video documentary (10/5/2014), and Australian press actively covering up Kiev-Odessa war-crime? (5/4/2014) by Sheila Newman.
Russia puts Ukraine's interior minister, Dnepropetrovsk governor on international wanted list (21/6/2014), The Ukraine Crisis - What You're Not Being Told - video (12/5/2014), Ukraine vs. Ukraine - video (12/5/2014) compered by Pete Lavelle on Russia Today's CrossTalk and The Big Lie of the Maidan "Revolution": The Organizers of the Coup d'état Hired the Snipers – And Lady Ashton Knows it (5/3/2014) by Umberto Pascall of Global Research. 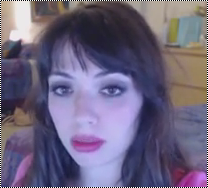 The Syrian Girl provides her insightful perspective on events in Ukraine and Venezuela in an embedded broadcast.

President Putin has acted to protect Russia's strategic interests on the Crimean peninsula in the Black Sea. Citizens of the Crimea and the eastern mainland region of Ukraine including the cities of Kharkov and Donetsk have repudiated the new government and are openly protesting against it in the streets. The Crimean regional parliament has refused to accept the legitimacy of the local government appointed by the mainland putschists.

However, even the reporting by these alternative newsmedia is not altogether without flaws and shortcomings. Very little on the web#fnSubj1" id="txtSubj1">1 seems to properly account for the deeper historical context from which the current conflict has emerged:

After the devastation of the Russian Civil War, the government of the Union of Soviet Socialist Republics (USSR) encouraged a national renaissance in literature and the arts. However this was reversed by the dictator Josef Stalin, who succeeded Lenin#fnSubj3" id="txtSubj3">3 in 1924. According to Wikipedia, Stalin murdered 681,692 Ukrainians in the 1920s and 1930s and he deliberately imposed famine upon Ukraine in which up to 10 million died. Consequently, it should hardly be unexpected that in 1941 some Ukrainians erroneously saw the Nazi invaders, who planned to starve 25 million Ukrainians#fnSubj2" id="txtSubj2">2 and other Eastern Europeans untermenschen in order to create lebensraum for Germany, as liberators.

Links to such resources and, where appropriate, additional commentary, will be provided on these pages as events unfold. The first is Interview with Graham Phillips, Ukraine -based British journalist of 18 May 2014

#fnSubj3" id="fnSubj3">3. #txtSubj3">⇑ Whilst it has become "accepted wisdom" that Vladimir Lenin, the founder of the former Soviet Union (aka USSR) was a brutal dictator, this is contrary to the historical evidence. Wherever free and open discussion is allowed and evidence to the contrary is #comment-173372">presented, as it was on the forum discussion web-site of Australian academic John Quiggin on 27 April 2012, those who uphold such lies will be either silent when the contrary evidence is presented, or else lose the argument.