(See also article "The Donetsk National Republic states the facts about its conflict with the Kiev regime".)
In this video Alexander V. Zakharchenko, who is now Chairman of the Council of Ministers of the Donetsk National Republic, declares, "Let me clarify. No federalization can be possible today. There is time for everything. We asked for the federalization 3 months ago, then we asked for a permission to hold a referendum. That time has passed, now we want to live independently. The Ukrainian authorities are using police methods to subdue us: they arrest us, cordon us off, and conduct anti-terrorist operations against us. By now so much blood has been spilled and so many people have died for freedom. How can we speak of federalization?" 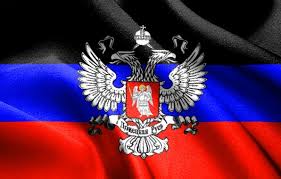 “One of the commanders of the 25th Airborne Brigade took his infantry combat vehicle and switched to our side. As of today, he has assumed command of the troop. And such cases are numerous,” Zakharchenko said, adding he expected more brigades to yield themselves prisoners.