The US State Department has been criticized for its move to deny a visa to an Iraqi Christian nun planning to reveal ISIL atrocities to Congress.

Sister Diana Momeka was part of an Iraqi delegation that was scheduled to testify before the House and Senate Foreign Relations Committee later this month.

Momeka has been a frank supporter for the Christians who have been killed and deported by the ISIL 1  terrorist group.

Other members of the delegation received visas to the US to speak in Washington about the persecution of minorities of the region.

The US consulate in the Iraqi semi-autonomous region of Erbil, Kurdistan rejected her visitor visa application earlier this week.

According to the US State Department, the Christian nun was "not able to demonstrate that [her] intended activities in the United States would be consistent with the classification of the visa."

The nun was the only Christian in the group that was set to head to the US on an invitation from American NGOs.

The criticism came from Nina Shea of the conservative Hudson Institute's Center for Religious Freedom in an op-ed in National Review Online.

"She told me in a phone conversation that, to her face, consular officer Christopher Patch told her she was denied because she is an 'IDP' or Internally Displaced Person. 'That really hurt.' Essentially, the State Department was calling her a deceiver," Nina Shea said in the op-ed.

ISIL destroyed Sister Diana's home forcing her and 50,000 others to flee back in August. 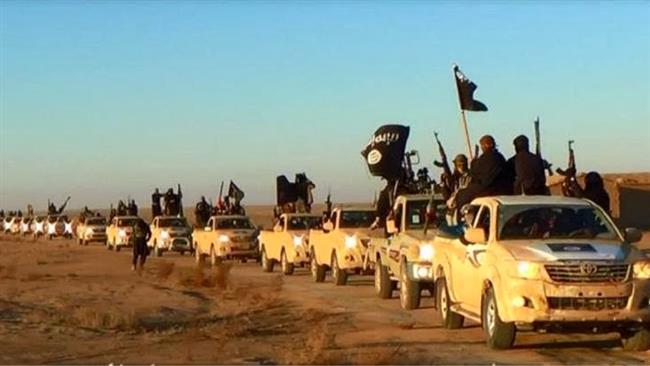 ISIL destroyed Sister Diana's home forcing her
and 50,000 others to flee back in August.

Shea explained that State Department officials concluded from the nun's application process and interview to obtain a visa that Sister Diana "could be falsely asserting that she intends to visit Washington when secretly she could be intending to stay. That would constitute illegal immigration, and that, of course, is strictly forbidden. Once here, she could also be at risk for claiming political asylum, and the US seems determined to deny ISIS's (ISIL) Christian victims that status."

Sister Diana, who is from an Iraqi town of 50,000 mostly Christian residents, was forced to leave her home by ISIL in August.

Since then, she has received refugee status and has been an outspoken critic of ISIL and other terrorist groups creating mayhem in Iraq and elsewhere.

Now an Internally displaced person cannot seek asylum in the US, and can be denied entry because this might be what she would do? This sounds like a cloak and dagger reasoning, to hide secrets, and this nun is now a threat to US security? She is Christian, not Islamic! Who is the real threat to world peace?

The US is denying the victims of ISIS to claim asylum. One wonders just how complicit the US is in propagating these wars, and don't want to be exposed.
The US and the so-called anti-ISIL coalition claim that they have launched a campaign against this terrorist and criminal group – while supplying them with weapons, food and medicine in Jalawla region (a town in Diyala Governorate, Iraq).

“The United States itself has been complicit in training the members of ISIS in Syria who later came to Iraq and began to input their essentially reign of terror on the Iraqis,” William Beeman, professor of anthropology at The University of Minnesota, told Press TV from Minneapolis last year.

The ‘anti-ISIS’ Coalition of Deception. The Deceptive Nature of the War against the Islamic State (16/2/15) | Global Research republished from New Eastern Outlook

With such complexity in the anti-terror campaign, the US is obviously keen on selecting their information sources, and who is allowed to "talk" publically on this issue.