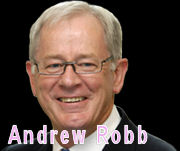 Andrew Robb, Federal Opposition member for Goldstein is the latest amongst a series of Australian politicians to announce a battle with mental depression.

I understand this illness is more prevalent in Australian politicians than in those of other countries.

I have had some thoughts about the reasons for this.

Are Australian politicians simply more inclined to come out public with the diagnosis or is depression among politicians actually more widespread in this country than in others?

A theory to explain

I can understand why the job might cause this state of mind in an intelligent and well meaning politician. Politicians must have to constantly make compromises and vote for decisions that they know are not in the best interests of their constituents, but instead in the interests of powerful lobby groups.

Eventfully they must have to delude themselves that they are doing the right thing.

Climate change policy as a cause of mental stress in politicians

Greenhouse gas and climate change policies are areas of particular parliamentary stress and Andrew Robb has been involved heavily in this area for the opposition. 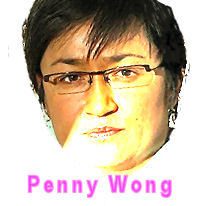 We might also look at the case of Penny Wong (who has not so far announced depression), which I would have thought carried some big stressors. She was interviewed at the beginning of this week by Fran Kelly for the ABC, who on 21 September 09, asked her how she could reconcile a rapidly growing Australian population with a target of a marked reduction in greenhouse gas emissions.

Wong's answer to this question drew amazed gasps from the ecologically literate community. She said that targets could be achieved by de-linking the population numbers for the greenhouse gas emissions. Since she gave no further details to explain how such a thermodynamic breakthrough might be achieved for the first time in the history of the universe, one tends to assume that she is engaging in political wishful thinking.

Here is our transcript:

Penny Wong:
"Well, absolutely not, because the key issue with reducing emissions is that we have to de-link our levels of carbon pollution from economic growth and population growth. We have to ... Whereas the last few hundred years emissions growth - that is, growth in our carbon pollution - has essentially tracked our population and economic growth, we have to break that link and that the whole world has to break that link and so does Australia. So the key issue here is breaking that link, not, not trying to reduce population."

Perhaps, in fact, Penny Wong holds two conflicting pieces of knowledge in her head and copes with this by "de-linking" them. This is how the thinking might go:

"The population is growing dangerously fast and causing increasing greenhouse emissions.
We have to satisfy the public by promising to reduce greenhouse emissions.
We also want to avoid making the growth lobby angry by stopping ramping up population growth to unheard of heights.
This is impossible. I am going to go mad if I keep thinking this way. I can feel a depression coming on.
I know! I will de-link these two conflicting demands on my brain so that they will stop interfering with the logic of my policy statements and then we can all get some sleep."

Indeed, for an intelligent independent thinking person, this must cause some mental discomfort.

I really don't know if cognitive dissonance is the cause of the widespread depression in our politicians in recent years (Geoff Gallop, Jeff Kennett, John Brogden, Nick Sherry, Andrew Bartlett, Greg Wilton). Nor do I know why politicians overseas do not seem to be so prone to depression.

I do know however that most of them make me very depressed.

Maybe their $153.00 per week pay rise announced today will make them happier.

Although they will need to delink that from the mean earnings of the majority of the population or it will also cause cognitive dissonance with values of equity, equality, and a fair go.

Our Parliament is making theatre on climate change

Our Parliament is making theatre out of addressing climate change. This is supposed to the moral challenge of our generation. However, we have a "climate change" Minister who can't make the correlation (link) between rising populations and rising greenhouse gas emissions? The biggest polluters are being given millions of dollars exemptions, and we are still exporting coal! The funds for solar energy rebates, however, dried up when too many people showed interest. The charade will continue to Copenhagen and we will be told that it failed to come to any global agreements! This is inevitable, without any real commitment. The time-bombs of over-population and polluting industries have the support of the Economy, so with many contradictory challenges, our Labor government can only obey their masters - the big corporations and the big polluters!