Correspondence between two friends on the brink of major life changes driven by what looks to be climate change. 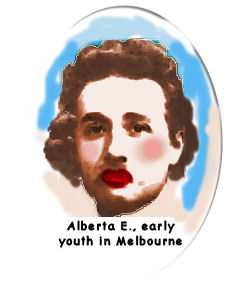 This is a true story told to me by Alberta E., a woman whose hair acts as a constant gauge of air humidity. She is happy and in control of her locks in the dry season in dusty central Australia. or Rajasthan but the tropics present a true challenge to her coif. Yesterday after nearly two days of constant rain, followed by uncharacteristic steaminess in Melbourne, I received the following electronic cris du coeur.

"I am writing to you as the first person I thought of who might sympathise with the new plight of the Melbourne-born woman who has VCH (Very Curly Hair). I mean, it's no use my writing to Anna Harrison whose straight lank mousey awning we used to admire so much, is it?"

She continued, as though the topic would be of intense interest to me, "My hair, since attaining its maximum curling wiry strength when I was about 13, just before we met, has since then acted as a very sensitive gauge of moisture content in the air . After moving temporarily from Melbourne to Sydney as a 20 year old, it was in a constant unmanageable frizz due to the sub tropical humid climate but I knew all the time that I only had to return to Melbourne to be once more in control of my mane. " 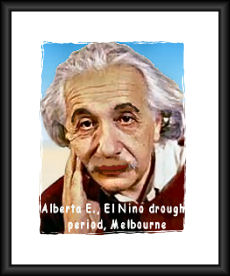 "It appears now, however, that climate change is on the march, somewhat more dramatically, and quicker than most of us would have imagined. Sydney's weather has come to Melbourne, the air hangs over me like a warm sodden blanket even if it is not raining and my hair is standing out in an undifferentiated halo of frizz. The only solution, it seems, to regain control over my unruly, moisture-sensitive locks, is to move to Hobart and give that a go for a while. I will make do with the sun's pale attenuated, angled rays in the more polar capital if I can regain control of what should be my crowning glory."

How much time do we really have?

"How quickly will climate change advance though? The Hobart solution may not be a permanent one. As the warm moisture laden air advances south, might I need to make plans for an international flee from Hobart to Invercargill? By this time might the cultural and linguistic differences - especially the extreme vowel shifts - be too much to adjust to? Should I instead plan for a direct move from Hobart to Macquarie Island, by-passing "New Zullun"? When will it be possible to buy real estate, possibly a villa unit with ocean views on the mainland of Antarctica?" 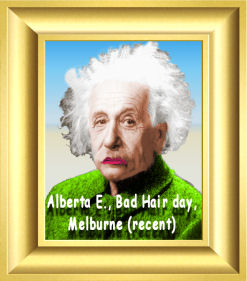 "As you know," (she added) "I don't often plan so far ahead, but my hair, so plagued by atmospheric changes is driving me to these lengths!...."

Alberta E., an old school friend was always rather self-centered, a little vain and inclined towards hyperbole. She did not mention in her email this week's terrible floods in Queensland, which could also be due to climate change, nor the floods right here in our own state, Victoria.

The floods have killed people and animals. Many survivors will be struggling for months to come and many more animals will die from lack of food and loss of habitat.

My old friend, however seems to be capable only of seeing the local climate through the prism of her own image in the mirror. The tresses which she describes in terms which conceal her actual pride in them must by be showing some silvery signs of wear and tear but the world is not allowed to see this. We could judge and dismiss her as a shallow, self-centered creature, but I know her finer qualities and will reply to her with sympathy to her plight with the following message.

I have made the same journey myself in my mind- to Hobart, to Invercargill and then further south perhaps, not only to retain control over "the hair" but maybe in a quest for the impossible- survival. Weather is not just something that affects our hair, it could affect our feeding patterns and food availability. You may need to buy a property with the capacity to grow food. Just wear a scarf if the early morning drizzle gets to your hair as you harvest your snow peas.

Whilst I don't make decisions as you do using your hair as a gauge, I think we have reached the same conclusion as to our future. We will no doubt catch up shortly in Hobart. Please keep in touch by email, meantime, I pass on advice from one who has spent extended periods in the humidity of Brisbane: the application of hair styling mousse -even a cheap brand from the supermarket - will work for a while she tells me. Until our relocation to Hobart, stay in control :-)

I look forward to meeting her in Hobart and hope that the Invercargill stage of our plans does not become necessary.