Campaign for State of Emergency on Water in Australia 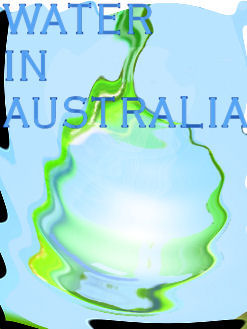 Fair Water Use is urging supporters to participate in its national campaign, which in-part calls for the declaration of a State of Emergency with respect to the Murray-Darling Basin and for the Commonwealth to assume control of its management via a truly independent and appropriately empowered national authority.

The Federal Government has the constitutional powers to do so.

We are hopeful that, should Mr Rudd receive sufficient numbers of post-bags full of letters demanding that he move on this issue, even if he cannot grasp the scale of the crisis, he will at least understand that it would be a sound political decision.

Please take a moment to print off and sign the letter to the PM which can be downloaded at http://www.fairwateruse.com.au/images/stories/pdfs/the%20hon%20kevin%20rudd%20mp.pdf, or via our home page, and post or fax (02-6273-4100) it to Canberra.

The most inconvenient truth of all ...

If people were truly concerned about the drought they would stop eating meat and dairy. The government would shut down this unsustainable industry and train the farmers to grow vegetables instead. Here are the reasons:- For a start, the livestock industry has deforested the land to create grazing land for cows and sheep. Trees create shade for the land and the root structures help keep moisture in the soil. Hoofed animals compact the soil causing soil erosion and destruction of soil ecosystems. Biodiversity is also diminished along with the habitat. Because cows drink a lot and require so much water for their production including watering the grains fed to them, they are depleting the rivers and aquifers. Not to mention water pollution and greenhouse gases which surpass GHG created by the entire transport industry. * You save more water by not eating a pound of beef than you do by not showering for an entire year. * Amount of water used in production of the average cow: sufficient to float a destroyer * Gallons of water needed to produce a pound of wheat: 25 * Gallons of water needed to produce a pound of beef: 5,000 * Each vegetarian saves 3,700 gallons daily * It takes 4,000 glasses of water to create 1 glass of milk * 550 litres of water to produce enough flour for a loaf of bread and 7,000 litres of water to produce 100 grams of beef. Crops grown for farm animals in the US require almost half the water supply and 80% of the corn crop and 70% of its grain. Sheep and cattle in Australia are producing around 14% of Australia’s total greenhouse emissions, which is more than transport. In 2006 the dairy industry in Australia spent more than $500 million on grains and concentrates and became the single biggest user of feed grain of all the animal industries. That grain could have been fed directly to humans. Yet instead what are we doing? Thinking of importing grain to feed the cows. Are we stupid or just incapable of change? How many more reasons do we need before the whole thing comes crashing down? More pertinently, what are YOU, the reader going to do about it? Indeed it all depends on you and me as we can never rely on governments to fix this as they will always want the rural vote. Sir Paul McCartney said 'The single most important thing you can do to save the planet is to become a vegetarian.' Start with one day a week (Meat-Free Monday etc) and increase until you reach your goal. It's not difficult and it's fun. Besides you will have more energy and feel healthier! You have nothing to lose. Menkit "It’s embarrassing for Australia that we eat our own wildlife ....I’m here to tell you it’s just not right. Simply do not buy, use or eat kangaroo products” ~ Steve Irwin Sign the most important petition ever created to help kangar