By upwards engineering population growth, the Victorian and Australian Governments are showing disregard of "ultimate deprivation" and leaving "future generations with the task of rationing energy, oil and food..." 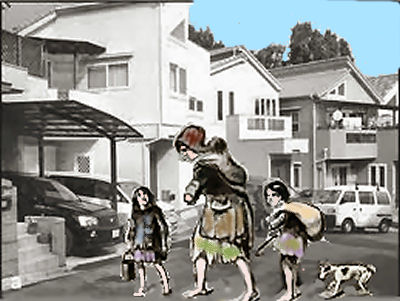 The previous Victorian Government's ‘Victoria in the Future’ (VIF) projections estimated that Casey could reach a population of 370,000 by 2026 which is larger than the present city of Canberra.

No food at the Infill

“Due to government growth policies, we are risking future food security by destroying prime agricultural land for new housing estates. As one of Australia’s most fertile and valuable agriculture areas, Casey should be preserved for the vital role of food production. Casey has a favorable climate, topography, fertile soils, supportive transport and recycled water infrastructure. With climate change, limited arable soil and oil depletion, Australia needs markets close to cities as Casey is to Melbourne.” said Ms. Quirk

“The push for ever more population growth by governments and business is denying us the chance of an environmentally sustainable future. The apparent lack of real long term thinking with regard to population and the emphasis on the electoral cycle from our politicians will leave future generations with the task of rationing energy, oil and food, and untangling the transport gridlock. The Victorian government should now concentrate on providing reliable transport services to the existing outer suburbs rather than seeking to swell these areas with anther million people by 2025.”

Earlier this year, Population Minister Tony Burke went through an elaborate theatre of consultation with 3 expert panels, and public submissions, on Australia's population growth, and a sustainable future. As a result, he simply brushed away all environmental concerns, and other minor trivialities such as food and water security, in favour of addressing our so-called "skills shortage". Thus, with no population policy for the States and Australia, all concern by growers, farmers and scientists have been brushed aside. There is nothing to stop State government cashing in on the easy flow of population growth, and leave the fallouts to following governments. The economic growth paradigm, based on infinite natural resources and infinite population growth, is well and truly active in Australia. Addamo, a fresh fruit and vegetable supplier and packager from Victoria which supplies to the major supermarkets, has collapsed after racking up more than $5 million in debt to banks and suppliers. With free trade agreements ruining and engulfing our own home-brand food production and manufacturing, we will be relying more on imported food. Another threat to food security is coal seam mining. In Victoria alone, as reported by The Weekly Times last month, there are already more than a dozen CSG exploration applications, from Werribee in the west to large tracts of the Macalister irrigation district in the east. The most fertile agricultural land will continue to be lost to expanding cities and urban sprawl, and there will be increased urban competition for water availability, and food imports. Ultimately urban sprawl will need to be knocked down because of food and energy security and cost, and the carbon tax. We must get used to higher food costs - the government created this reality. With the Coalition coming to power, Matthew Guy's first priority was to "tackle housing affordability with increased land supply and urban renewal". This is really a case of moving the deckchairs on the Titanic! Land is not a limitless resource. We are covering some biodiversity habitat and fertile land, limited in Australia, with housing estates. At a time of climate change and numerous "peaks" in demands for natural resources, once the lines cross, we are in ecological "overdrive". We should be stabilising our economy, and our population, not have our leaders addicted to growth at all costs!

Already we have more people than required by our economy, and skilled graduates are struggling to find jobs. Victoria used to have a vibrant manufacturing base, and many industries. They have largely gone overseas. We don't have the resources boom of WA. Our economy doesn't need more people and we are already in ecological overshoot. People are being added to create larger consumer and tax bases. We need peak oil to cut into the growth mentality. Government policies are trashing any efforts to be sustainable. Forcing growth onto Australia at a time of global decline is reckless, irresponsible, and contrary the the interests of future generation who will be left with the task of rationing energy and food, and untangling the transport knot. Adding all these extra one million people is the easiest route, and lazy way, for the governments to make money, and ensure donations from real estate and developers. Victoria is going backwards by abandoning planning for quick and easy money from myopic policies.

Candobetter records who sold us down the river

I hope that the people responsible for making the policies that force growth on Victorians (and Australians) will one day be put on trial for the great harm they have done to our society and ecology. There will be a lot of consequences - including homelessness and starvation - for which their policies will clearly be responsible. Candobetter.net has an important function of putting on record the people responsible for our suffering and the abrogation of our rights to self-government. These people who profit so opportunistically in power and wealth from their positions as growth facilitators occupy positions in the media, in corporations, including banks, in universities, and in all levels of government.

Sydney Morning Herald - Farming on the fringe Next to the market gardens and green paddocks still lined with windbreaks are expanses of soil dotted with earth-movers and giant concrete pipes. On these properties, houses will become the next harvest. However, this "harvest" is not edible! Concrete slabs will eventually cover fertile soils in Melbourne's outer fringe at Clyde. It's all being done under the Minster of Planning's constant refrain - "to provide affordable housing". Everyone wants housing, but while our population keeps swelling in Victoria of up to 2000 new people a week, we might find "affordable housing" for a few families, and then more people will flood in! It's an excuse to keep bulldozing, drilling, digging and destroying. We may be able to feed 40 million more people than we have in Australia, but this does not take into account peak oil, declining soils, the stress on the MDB food bowl, "big Australia" projections and climate change. With little economic activity in Victoria, except distribution of imported goods and property development, the next 30 or 40 years of land "releases" will mean that smaller food bowls close to Melbourne will be permanently buried under concrete, and and increased need for local and fresh "affordable food" - diminished due to all the houses needed for our rampant population growth.