VicForests must pay up now for its illegal logging 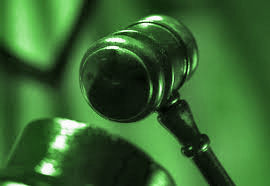 VicForests must this week pay Environment East Gippsland $630,000 in legal costs which it incurred defending its wrong action in planning to destroy wildlife habitat forest in Australia. This, and a pending case also mentioned in this article, is a welcome indication of independence in Victoria's judiciary, despite wide corruption of the democratic system in Victoria and the rest of Australia.

Environment East Gippsland has received notice from the Supreme Court that VicForests must this week pay the group which sued them in 2010, $630,000 of its legal costs for the Brown Mountain landmark court case.

The legal bills of the state government's logging agency VicForests are now estimated to be millions. This latest payment covers the bulk of legal costs of EEG which successfully sued VicForests for planning to destroy protected wildlife habitat. The Supreme Court ordered that VicForests pay 90% of EEG's costs in the Brown Mountain ruling 18 months ago.

"As well as the Brown Mountain case, another two cases have been brought against VicForests this year by community groups", said Jill Redwood of EEG. "and a most unprecedented case is set to be heard in late March, where the DSE is charging VicForests with unauthorized logging and contravening their license. This was as a result of VicForests logging a protected rainforest in East Gippsland.

"It seems this government logging monopoly is more suited to operating in Indonesia."

"Thank goodness we have a legal system that can be used as a last resort - even if it costs small non-profit organisations hundreds of thousands of dollars. Rather than adhere to the laws, VicForests instead spends public money employing spin doctors to tell the media that they are a law abiding logging agency".

"After the bills are paid, what remains in our bank account will be going straight back into the legal fight to protect our forests", said Jill Redwood. "The government's logging agency will continue to be in court if they continue to illegally destroy public native forests" said Jill Redwood.

What kind of environmental vandalism can the community expect to be protected from legally if our State government's own agency, VicForests, is in breach of environmental laws? It makes mockery of any law and order. We have enough vandals and criminals, and we don't need any from Spring Street. VicForests has been on financial life-support for too long. Old growth forests need to be protected from so-called "sustainable logging". Native species are being driven to extinction and any legislation to protect them is being weakened, not enforced. It's shameful that not for profit community groups must use private funds against a government gone feral. Everything is up for sale now for monetary gain and jobs. The Barrister for VicForests recently claimed that prohibiting logging would deprive communities of "social and economic benefits". However, "social and economic benefits" should not be at the cost of stripping Victoria of its wealth of natural assets such as endangered species and old growth forests.