Joe Toscano is running for Lord Mayor of Melbourne. Toscano is highly educated in political history and economic systems. He is one of the few doctors in Australia who still makes home visits. His ideas and values empower people at local level first and look at quality of life and democracy. Whilst it is true that a Mayor of Melbourne cannot create a peoples' bank, nonetheless, they can raise the idea seriously in some big forums. Listen to Joe on 3CR where he broadcasts weekly. Joe is also publicising a Meeting at 11am near the 8 hour monument, where Australian Anarchists will begin a walk to Human Rights Square, corner of Collins and Swanston (formerly City Square), to reclaim it as public space (because it has been corporatised). From MIDDAY THIS SATURDAY 20th October, as part of a world event known as "Global Noise" there will also be public banging of pots and pans in Human Rights Square. 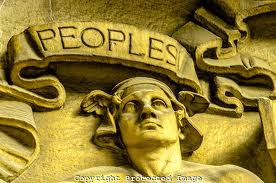 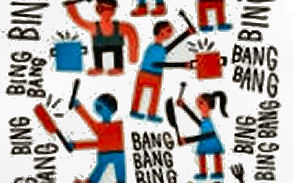 Note that current Mayoral incumbent, Robert Doyle, is poorly perceived internationally for his decision to call the police on Australian activists when they occupied Melbourne's City Square, which is public space that has been corporatised. Joe Toscano is all about giving power back to people on a local level and has led the popular renaming of City Square as Human Rights Square. Doyle is also the only one of nine Melbourne Mayoral candidates who has not disclosed the amount or source of his funds. A developer who remains unnamed was described by the Age as perceiving that donations to Doyle's campaign could be rewarded with access by developers to the town hall.

I, like many other Australians, am becoming sick and tired of hearing the Federal Treasurer Wayne Swan telling Australians to change banks every time the privately owned banking cartel refuses to pass on the Reserve Bank’s interest rate cuts. There is nothing more pathetic than one of the most powerful people in government telling Australians he and the government can't do anything in the face of the privately owned banks’ unconscionable behaviour.

The solution to the privately owned banks unconscionable behaviour is simple. The Gillard led Labor government needs to take a leaf out of the book of the 1911 Labor government and set up a new government owned bank. Faced with some real competition in the market place by a bank that is government guaranteed, it wouldn’t take long for the privately owned banking cartel that currently dominates the financial sector in Australia to disintegrate. This time, unlike in 1911, the people of Australia should be given the opportunity to incorporate the ownership of the new government owned bank in the Australian Constitution so next time the government of the day decides to privatise the people’s bank, it would have to hold a referendum to decide if the owners – the Australian people – want to sell their bank. Considering the palpable anger among the Australian people about the banks’ predatory behaviour, if the Gillard led Labor government had the courage to set up a new people’s bank, it’s re-election in 2013 would be assured.

Local government is the building block of a democratic society

Anarchism is all about relocalisation and face to face democracy. It is not about disorder and competition.

The ability to freely participate in the decision making process is at the heart of anarchist decision making processes. Whether people choose to participate or leave the work to “somebody” else will ultimately determine the success or failure of a system based on direct democratic principles. We don’t need several layers of government to rule us. We don’t need to hand over power to
representatives. In order to create a secure, stable, viable society we need processes in place that harness the collective wisdom of the people and use the common wealth for the common good.