Tony Burke had no legal obligation to even consider the threatened koalas in Leard forest for the Maules Creek and Boggabri approval. New loopholes could see developers and miners determining if koalas are under threat. 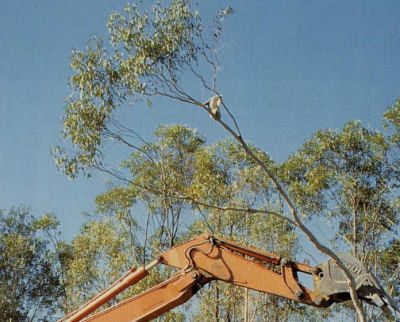 Federal documents obtained by the ABC unveiled on 13 February that the Federal government is endeavouring to make it even easier for miners and developers to avoid protecting koalas.

"The thousands of hectares of Leard State forest to be destroyed by the open cut coal mines are teeming with koalas, however they are offered absolutely no protection by the 2012 addition of the koala to the federal threatened species list," said Naomi Hogan of The Wilderness Society. 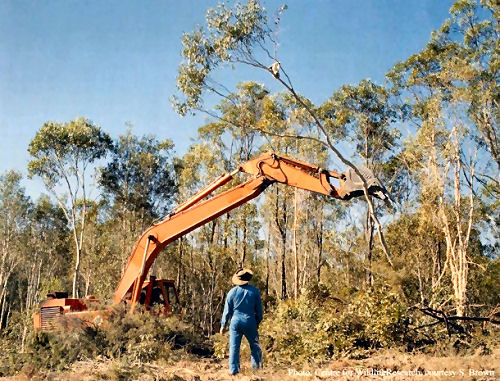 Tony Burke had no legal obligation to even consider the hundreds of Koalas that will certainly die as a result of the Boggabri and Maules Creek open cut coal mines in Leard forest. The Maules Creek and Boggabri open coal mining applications were lodged before the koala became a federally listed threatened species, so the Federal government isn't obliged to even consider the koala's plight. The koalas in Leard forest now face a slash and burn future. In essence, the federal koala protection law is useless to the koalas facing a forest wipe out by the Maules Creek and Boggabri open cut approvals."

This date discrepancy is just one of many loopholes in our Federal environmental protection law.

On 13 February it was revealed by the ABC that under the leaked draft federal guidelines, the applicant seeking to develop an area must establish for themselves if an area has koalas and if their proposed activity will have an impact on the habitat. The guidelines to not include any koala maps nor a requirement for long term koala surveys.

"No developer, no mining company can be trusted to undertake their own assessments of threatened species. Mining companies are driven by their legal requirement to make money, not to protect our threatened koalas. I have no doubt that many mining companies would rather see koalas dead than have them interrupting with their profits," said Ms Hogan.

Australia to be globalized - native animals are in the way!

Australia already has the biggest and appalling extinction rate of the modern world. The power of developers and miners means that any guarantees or policies to protect wildlife are simply over-ridden by profits. Koalas are simply impediments to progress and be ploughed into the ground, or full under the path of bulldozers! It' s heartbreaking, and Australia is being destroyed as a unique continent of mega-diversity. It's being transformed into a generic open quarry for mining, and globalized as a common resource for big businesses and global corporations. Future generations will be likely to see native animals such as koalas only in nature reserves and zoos. Tony Burke is masquerading as an "Environment" minister but should be in the position of Minerals and Energy!