For all you depressed wildlife battlers out there, here is a truly 'good news' koala story about a wildlife warrior hero, James Fitzgerald, who has placed nearly 800ha of what looks like good sub-alpine land in trust for koalas. Even better, the koala population there turns out to have strong new genetic properties and is chlamydia free! 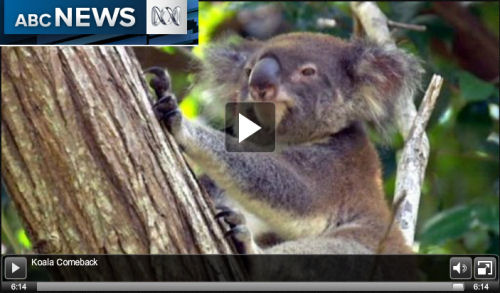 The ABC has done a great job in this news report, giving good background and great photography and letting the world know about this wonderful public servant who, in his private time, has made such a difference for one group of koalas. 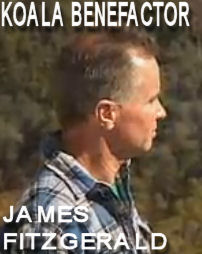 Contrast this with the position of Queensland koalas, made so tragic by a succession of vandalistic governments, of which the most recent Newman government really seems to be officially in favour of pack-raping this land. (See "KoalaTracker Design Competition to help save koalas" 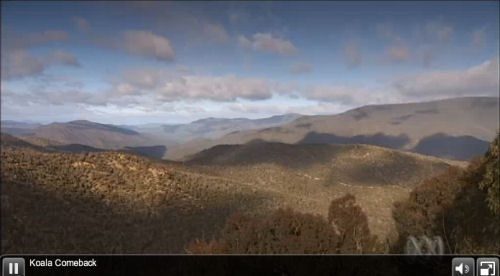 Then again, these 800 ha set aside by James Fitzgerald are not a government initiative. If wildlife protection were left to governments, we would have no reserves. It is a fight, a continual fight, but James Fitzgerald has made a big advance on the enemy in the ACT. Good on him!