Antonia Juhasz, an oil industry expert and author, will visit Ecuador to see the contamination that Texaco, now Chevron, left behind in the Ecuadorian Amazon rainforest, and to meet with members of the local communities that were affected by the massive environmental contamination.

Juhasz is visiting the South American nation in response to an invitation made by the National Secretariat of Communications of Ecuador to join the international campaign launched by President Rafael Correa in September to raise international awareness about the environmental disaster caused by the oil giant when it operated in the country between 1964 and 1990. 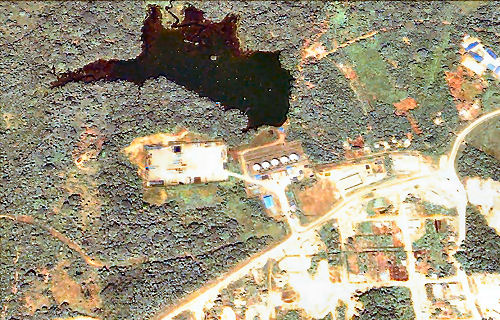 Antonia Juhasz is an oil and energy expert, author and investigative journalist. She is the author of three books related to the oil industry and the influence of multinational oil companies in international politics. Juhasz is a well-known critic of Chevron, having conducted years of extensive investigations into its operations, and writing about Chevron in each of her three books and in dozens of articles. In one of her earlier books, The Bush Agenda: Invading the World, One Economy at a Time, Juhasz exposed the use of corporate globalization policy as a weapon of war during the Bush administration, and the role that major corporations, like Chevron, played in the creation of this agenda. 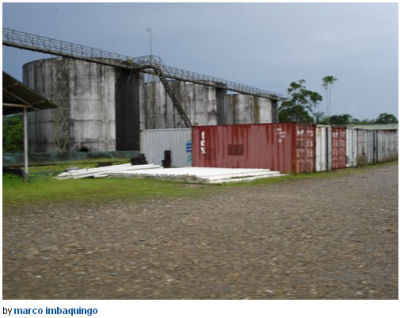 Juhasz will visit one of the contaminated areas in the province of Sucumbios, where actor Danny Glover, visiting last week said that “Chevron must be held accountable” for the damages. Many of these oil pits were operated exclusively by Chevron-Texaco. Juhasz will be able to confirm first-hand a fact that Chevron fails to admit in its press releases, that during its operations in Ecuador, Chevron’s predecessor, Texaco, used substandard and outdated methods to handle the toxic wastes, and systematically dumped over 18 billion gallons of wastewater and oil by-products into unlined pits, that subsequently caused the contamination of the soil, rivers, streams and groundwater in the areas where the company operated.

In February of 2011, Ecuador’s Superior Court of Nueva Loja issued a judgment (Aguinda v. Chevron No. 2003-0002), ordering Chevron to pay $18.3 billion for damages to the environment and the health of the local communities. Chevron refuses to pay the award claiming that the ruling is illegitimate, and instead has filed a lawsuit in a federal court in New York against the Ecuadorians and their lawyers based on the Racketeering Influenced and Corrupt Organizations Act. 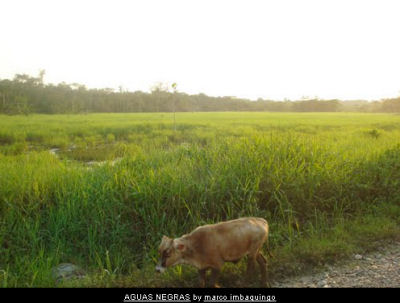 The trial began on October 15 in New York. The judge overseeing the trial, Lewis Kaplan, has been accused by the plaintiffs of bias in favor of Chevron through a petition for Writ of Mandamus, which was filed at the U.S. Court of Appeals. (11-2259) The case is Chevron Corp. v. Donziger et al., case number 2:11-cv-00691, in the U.S. District Court for the Southern District of New York.

Antonia Juhasz is promoted by her PR agency as a regular guest commentator on issues related to the energy industry, appearing on major U.S. TV networks and national radio. They add that "Her writings have appeared in many publications, including The Atlantic, Harper’s Magazine, The New York Times, Washington Post, The Huffington Post, International Herald Tribune, Rolling Stone Magazine, and others.

Images here were trawled for from Google Earth. The photos are by Marco Imbaguingo. They do not necessarily relate to the companies mentioned above, but give an idea of the terrain and of the size of some old explorations.