A few days ago wildlife biologist, Hans Brunner, came to see me to ask me to publish the following report on the continuing failure of Victorian government to responsibly protect bandicoots. He also reported his personal experience on a recent visit to the Department of Environment and Primary Industries (accompanied by Gillian Collins, Michelle Thomas, and David Nichols). 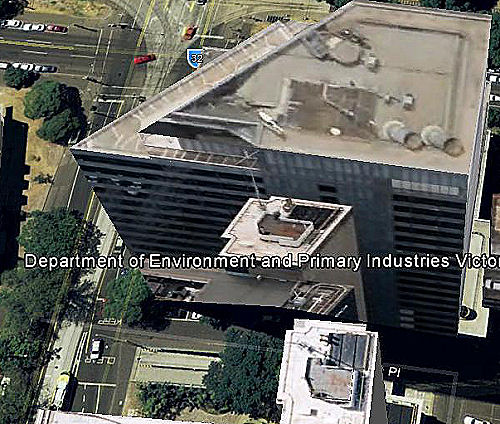 He described what I have experienced myself in two past visits to the Department several years ago. What seems to happen is that citizens concerned about wildlife ask for a meeting with those responsible in the Department. A meeting is granted but in the manner of an audience with a dignitary. For years now the people in the department have worked in a high building in the city where the entrances to actual offices are guarded by security guards. This gives the impression that they know that they are not doing what they are supposed to be doing (actively protecting fauna under the Fauna Guarantee act) and fear public anger. Visitors must sign a book and wait under the eye of the guards until more staff come to escort them. Meetings are brief and conducted in barren, isolated offices that do not look as if they have any permanent occupants. There are no cosy couches, no friendly and understanding ears, citizen to citizen, just a distant official taking notes. Criticism is fielded with statements implying that the matter is in more qualified hands than yours. Maybe they will put you on some marginal email list for a while. Numbly, you walk back out through a large foyer where glossy posters give the impression that all is well with our fauna, and public servants sell and distribute glossy pamphlets on the same note. You leave feeling that you have had a conversation with a disapproving brick wall and drive back through the city and back into the areas of bushland you are trying to defend with a deep sensation of wasted energy and disempowerment.

After such a visit, Hans Brunner writes:

The Southern Brown Bandicoot scenario is so extremely frustrating and full of contradictions!

1. Department of Environment and Primary Industries (DEPI) argues that because there are possibly no more bandicoots in the Pines, where there were hundreds before, that they will not re-introduce them into the Pines anymore. Yet, they introduced the Eastern Barred Bandicoot on at least four occasions into areas where there were none in existence before. What is the difference?

2. Department of Environment and Primary Industries and Parks Victoria accepted the conditions of the Environment Protection and Biodiversity Donservation Act’s (EPBC) request to install a predator proof fence around the Pines at the completion of the freeway. Yet, they suddenly decided not to do so. Is this honourable ?

3. Department of Environment and Primary Industries and Parks Victoria stated that the Eastern Barred Bandicoots could not be protected by fox control alone and that they had to be enclosed within predator proof fencing. Yet, in one of their recent strategies they recommended that the Southern Brown Bandicoots’ protection will depend on fox control alone and even scrap connective corridors. What has changed?

4. Parks Victoria elaborately explained why dog-walking at the Devilbend Reserve is totally unacceptable form many reasons but they recommend dog walking in the Nature Conservation Reserve in the Pines with prime habitat for the nationally endangered SBB. Hypocritical!

5. Parks Victoria used a 17 page report, with lots of irrelevant and ridiculous arguments to explain why a predator proof fence does not work to keep out foxes. Yet, predator proof fences have recently been constructed for the protection for the EBB’S. So, what is behind this?

6. The number of recent strategies recommended by DEPI for the so-called protection of the Southern Brown Bandicoots are constantly changing, each contradicting the previous one. This is total incompetence.

In contrast, our own people, concerned with the ultimate protection of the Southern Brown Bandicoots have, right from beginning, lobbied without changes to our plan to put the Southern Brown Bandicoots back into the Pines where they belong, within a predator proof fence and to make use of the $ 20.000.000 of underpasses already spent and provided for them. When do Department of Environment and Primary Industry and Parks Victoria finally come to their senses and accept their responsibilities?

[1] The reference to Kafka and to DEPI's castle relates to Franz Kafka's novel of this name. Here is a description, from Wikipedia: "The Castle (German: Das Schloss, later also Das Schloß) is a novel by Franz Kafka. In it a protagonist, known only as K., struggles to gain access to the mysterious authorities of a castle who govern the village for unknown reasons. Kafka died before finishing the work, but suggested it would end with K. dying in the village; the castle notifying him on his death bed that his "legal claim to live in the village was not valid, yet, taking certain auxiliary circumstances into account, he was permitted to live and work there". Dark and at times surreal, The Castle is often understood to be about alienation, bureaucracy, the seemingly endless frustrations of man's attempts to stand against the system, and the futile and hopeless pursuit of an unobtainable goal."

"(DEPI) argues that because there are possibly no more bandicoots in the Pines, where there were hundreds before, that they will not re-introduce them into the Pines anymore". The Pines bandicoots are already assessed as "gone", and it's a foregone conclusion that some species must go, and perhaps funding will go to only those that can be protected. Urbanisation and roads do not mix with bandicoots or many native species and the former has a much higher priority than the latter. Bandicoots are not considered economic assets, and therefore can slip through their fingers and given scant regard. Consulting DEPI is like speaking with an undertaker about a medical diagnosis, when the patient is already considered next to dead and buried! It's an incremental effect. Once the roller-coaster of deadly impacts mounts up, without protection for biodiversity, it give the green light for more economic activities because the species have already gone! It seems that our mega-diverse nation is to be thinned out conveniently, and treated as inevitable!