ABC at it again!

Since when did our taxes go to fund the ABC as a national real-estate agent or an arm of the PCA?

Ross Solly
ABC Radio 666 Breakfast Show host, Ross Solly, gave Catherine Carter, the A.C.T. Executive Director of the peak lobby group for developers, financiers, builders and engineers, more than 20 minutes between 8.30 and 9am, April 28 to beat the drum for growing Canberra's population by 500,000 over the next 20 years.

Why was there no counter-argument?

These publicly privileged views come from a professional lobby-group which markets population growth on behalf of commercial property developers, yet they were put without any counter argument, as if they emanated from a disinterested scientific or analytic body, like the Australian Bureau of Statistics.

"Ms Carter says the Territory's sluggish population growth is also a threat to economic well being." "A good size for a medium size city, we think that kind of population target is one to aim for," she said.

Ms Carter opined, on behalf of the PCA, that Canberra's economic fortunes should be pinned on population growth at "1.75 per cent" or "5,200 people per annum."

In fact there are many reasons, not just to question such a promotion of population growth for Canberra, but to severely filter it out of the national public medium, because Canberra's land, water, housing, schools, hospitals, roads and transport are not coping with the current population and neither are similar services all over Australia.

To advocate artificially increasing population growth anywhere, when the world faces a petroleum supply and price wall, and widespread famine related to the unwise diversion of agriculture for biofuels seems like arrogant and dangerous folly.

The percentile growth rate of 1.75% per annum is the same one promoted by the Scanlon Report (written by the populationist Australian Academy of Technology and Engineering (ATSE), which is part of Australia's development lobby). [See also Scanlon Report on this site.] 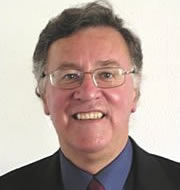 The rationale for this figure was to prolong and expand the population of working age as if our economy will continue forever in the mass production factory mode of last century, for the benefit of big business. If you read between the lines of the Property Council's press release, you will realise that their concern is labour for construction sites. Their agenda is to get the local, state and federal governments to grow populations through immigration and higher birth rates. Thus it is hoped to continue to stimulate the already over-stimulated demand for building materials, new houses, roads, water technology, and raise, not only interest rates, but the price of land-holdings, agricultural produce and water itself.

Among other methods, Ms Carter is pushing for the integration of "programs like the ‘Live in Canberra’ campaign and the Skilled and Business Migration Program." Growthist lobby groups seem undeterred by the fact that,according to Dr Bob Birrell of the Monash Centre for Population Research, less than one third of skilled immigrants are working in their field; most are merely cogs in the engineering of population pressure and housing demand.

Of little or no concern to big-population-lobbyists, apparently, is the increase in the cost of living which results from this aggressive promotion of land-speculation, the rising numbers of homeless and indebted, and the short-term nature of this kind of employment and industrial activity. The risk for Australians of starvation and disease from population pressure on food supply and water, present already in many parts of the world, is never mentioned.

For those of you who may resent the spending of public funds to promote commercial ventures which will rely on increasing Australia's population and who fear the resultant social and environmental stresses, you may make your complaint to the ABC

Ask the property council members if they would like to make lots of money, and they will say: Yes. Population growth underpins the economic wellbeing.... of the property council members. If a company can happily make money from landmines, is it any surprise that an organization can also happily profit from the destruction of Australia ? Of course endless population growth is unsustainable and ultimately impossible. But if we can make a quick buck by; increasing density, destroying state forests, decimating species, and squeezing in more consumers for every commodity; land, water, road space, food, then we'll do it.. It's so easy; we call it economic growth, when it is actually, high immigration and baby bonuses, the economy of idiots. The day the property council members go out of business, will be the day Australia transitions to a modern economy, a sustainable future, and a stable population,.. a great day for Australia. [email protected] Peter Verwer, Chief Executive [email protected] Arthur Vlahos, National Accountant [email protected] Catherine Carter, Executive Director - ACT