Debate on funding retirement in France

Wednesday 21 May, News from France. 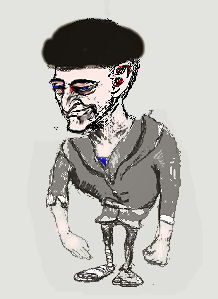 In France at the moment there are national strikes over government proposals to make people work for 41 years instead of 40 years in order to obtain full pensions. In 2015 there will be around 14m workers to 18m retirees, according to demographic trends.

For some time France has been preparing for this eventuality, whilst noting that there will be more employment for young people, currently suffering relatively high unemployment.

On the France2 television 8pm news two economists were interviewed for responses to the question of how to fund retirement.

Michel Godet, an economics lecturer at the National Conservatory of Arts and Trades, (CNAM) said, "People will have to work longer so that they can save for longer."

Liem Hoang-ngoc – University Paris 1 economist said, "Just by asking people to save for longer does not mean that they can save for longer, since employers are forcibly retiring people at younger and younger ages." He said that there were many other ways of tackling the situation. He proposed a stock options tax and a tax on corporate profits.

Michel Godet responded by saying, "Taxes on big business profits are anti-competitive… we live in an open market … taxing big business will make it go overseas."

Liem Hoang-ngoc didn't get a chance to respond.

My thought was that, if corporations went off-shore, France could then refuse to import goods from corporations that refused to pay tax. Another good reason for national economies - to have control over predacious big business.

Liem Hoang-ngoc's papers are on-line (in French) at http://matisse.univ-paris1.fr/ One is called, "Long live taxes!"

(Note that the French youth to age 'discrepancy' is quite a deal more severe than in Australia, but that, as with all thing, it will pass in its own time, like the proverbial goat through a boa-constrictor. It is the result of a baby-boom in the 1950s and 1960s. In 2050, the French population will begin to slim down to relatively equal age cohorts. )