The grotesque consequences of 'puppy-farming' humans for profit

The Australian Financial Review seems these days only to speak for the corporate land speculators and financiers. Bugger small or medium business which must pay the cost of mass immigration in high rents and reduced profit margins, making its products globally uncompetitive and underpinning the very high rate of business failure in Australia. Predictably, in its support of corporate business interests, the AFR is again trotting out the 'mass immigration keeps us young line' again. (See Jacob Greber,"Immigration supports ageing population, RBA says." June 19, 2018.) If we were to apply logic, however, immigration keeps us older. It's not just because, when immigrants arrive, they are always older than Australians who are born here, aged zero - although that is true. The fact is that Australia never had a big problem with an aging population and what problem anyone has with 'aging populations' is self-solving, through death - as long as we do not keep artificially adding new people. Even in Europe, the baby-boomer bump will pass away around 2050, giving Europe a more natural demographic. If you want to see real aging population problems before they happen in Australia, consider the 'developing world' as its swollen youth cohort ages. 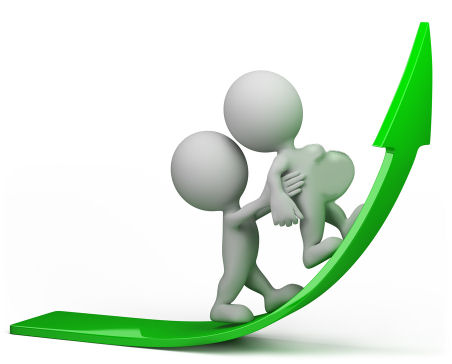 When you have a lot of young people, then you have a huge increased fertility. If those young people also live long lives, then both the population total and the population inertia are huge. You start to get problems of scale, scarcity and resource inflation (not to mention loss of natural spaces and increases in regulation and surveillance). You then get policy conflict between those who benefit from the resource inflation and those who have to pay for it. This is what we have now in Australia.

The 2nd world war baby boom followed mass access to cheap petroleum, which permitted the rise of the car and many marriages that would not have been possible without access to the new suburbia that cars serviced. This was a once-only event.

Although the conditions of available land, and cheap petroleum and consumption per capita have changed, there has been a tendency, in governments that subscribe to growth economics, to try to prolong this situation by artificially extending the baby-boom as if it should or could be a demographic norm. They try to do this through mass immigration and by policies to stimulate fertility.

But, imagine if most people were young and only few people were old. That would require a continuous feed of babies, accelerating faster and faster, because the minute those babies were born, they would start aging! And, if you imported immigrants, well, all of those immigrants would be older than babies, since they would already be born, so you would have to import immigrants even faster in order to combat their higher age cohort.

Impossible to imagine! Come to think of it, though, something like that has already happened in places like Africa, India and in some parts of Asia and the Pacific. And the same situation is being created in any country that has persistent mass immigration and or persistent high fertility - including in developed countries that are supposed to have had the ‘demographic transition’. (The demographic transition 'theory' never counts immigration.)

So, in my opinion, it is important to have only a small proportion of the population of fertile age. And I think that is what happens when you allow a population to self-govern, rather than imposing population growth somehow. After the 1789 French Revolution the French had a ‘demographic transition’ without any industrialisation (not supposed to happen). They did this by using contraception, even though there were more marriages and even though life expectancy increased and infant mortality decreased. This probably occurred, in part, because the power of the church waned and couples chose their family size according to what they wanted, rather than according to what the church had to say.

Today it is the power of the growth lobby over government that has replaced the church in 'developed countries' where mass immigration is imposed.

In Australia, America, and Canada, were it not for mass immigration, those populations would probably be a lot smaller, maybe close to stable numbers. In Continental Europe population growth has been much smaller than in the Anglosphere since the 1973 oil shocks - because immigration was greatly reduced in continental Europe whilst it was increased in the Anglosphere.

Continental Europe does not have the Anglosphere's growth lobby, although the European Union is trying to impose one by endorsing waves of informal migration from the countries where US-NATO bombing has destroyed large sectors of their economies.

These sociopathic policies appear to be the result of a gambling-like addiction to huge transactions in money and power in people of enormous wealth. If we the people do not bring these human behaviour abberations to heel, our suffering will be immense, as will the damage to our natural world and all things bright and beautiful.