Dan Andrews’ attempt to extend Victoria’s State of Emergency in order to manage COVID-19 has been portrayed by some in parliament as a power grab and as an attack on human rights. But Victoria is the only state in Australia where you have to apply to parliament to extend the state of emergency. Enforcing laws about masks, geographical limits to movement, and curfews could not be done under normal health legislation. That is why, without a state of emergency, State Premiers only ask people to take these precautions. We have obtained information about laws in other states and their history of using these for COVID-19, which you can read at "Law & history on State of Emergency other five states - COVID-19 & Andrews stouch".

According to The Age:

"The Premier has said an extension would also bring Victoria into line with other states. “Other states are able to extend and extend and extend further. They don’t have any limits. We, under these arrangements, will simply continue the existing set of tools, if you like.”
Each state and territory has different periods of time that a state of emergency can operate for but no limits on how many times it can be extended." (The Age, What is the state of emergency and why is there controversy over extending it?) 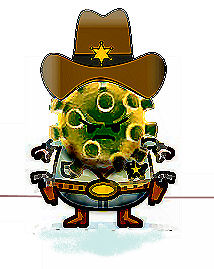 For me, Dan Andrews' explanation of why he is seeking to extend Victoria's state of emergency seems reasonable, in light of the grave threat I see in COVID-19. I have assumed that enforcing laws about masks, geographical limits to movement, and curfews could not be done under normal health legislation. That that is why, without a state of emergency, State Premiers only ask people to take these precautions. We have obtained information about laws in other states and their history of using these for COVID-19, which you can read at "Law & history on State of Emergency other five states - COVID-19 & Andrews stouch"

The perspective of a power-grab conspiracy has received a lot of media coverage and fits into a big-business, ‘conservative’ or ‘right-wing’ view that the dangers of COVID-19 are vastly overestimated. Obviously that also suits their immediate bottom-line.

To be convincing, they would have to prove that there really is no virus, no related chronic health impairment, no cascade of hospital admissions, infected staff, or deaths, to logically persuade that a state of emergency was purely a grab for power, in the presence of a world-wide conspiracy to hoodwink the public.

In the absence of a convincing argument, it would remain that, although a state of emergency prolongation might conceal a naked grab for power, in the circumstances, in Victoria, it seems to have an infection control basis. And we will find that all the other states will be happy for any measures to contain Victorian contagion. And we cannot blame them.

The ‘conservative’ power-grab accusation also partly dovetails into a more ‘progressive’ legalistic human-rights point of view about freedom denied. This view, while sometimes conceding that the virus may be quite dangerous, nonetheless insists that it can be dealt with in a softer way, that people can be trusted to wash their hands, wear masks and keep social distance.

This perspective has been proved wrong, however, in the state in question. Victoria has had widespread community sourced infection, most of it where the source has not been tracked down, and these infections only started to decline after Stage 4 lockdown.

Lockdowns are the only effective way to pinpoint and freeze infection sources. You can lock down activity to 5km, as Victoria has done, then follow it up by contact and genome tracing. It is impossible to follow up large dispersed outbreaks via contact tracing and genetic linage. They spread too quickly and widely.

Although 'most' (we don't really know how many) may abide by recommendations, it only takes one (and there are many more as we see by the number of infringements) to spread a highly infectious disease. Industry will and does flout every safety-regulation and law and so we need powers to prevent that.

That leaves the problem that if the demands for ‘freedom’ were granted, that would take away the rights of people who want strong infection control, which cannot be achieved without state administration.

In the arguments against extension of state emergency powers of lockdown about human rights to freedom or the power-grab scenario, are Western Australians, Tasmanians, and South Australians, enslaved? They maintain restrictions on freedom of movement in order to protect their populations and their populations want this to continue, because – it protects them! Other states want Victoria to maintain lockdowns for as long as is needed.

There is nothing free about being stalked by a virus. Lockdown is a result of the virus, not politics.

We have to choose our battles. If we let the virus infect the bulk of the population, and remain among us, we would have a long term lowering of life expectancy and much suffering, with quite a lot of immediate death, and our hospital system would suffer long-term. Several things would contribute to lowering of general life expectancy: One would be the increased vulnerability to any illness among people who have suffered chronic damage, particularly to heart and lungs, from COVID-19. Those people can have had apparently mild forms of the illness. (See German study finds heart inflammation in large percentage of mild COVID-19 cases.) Another would be that, if more young people became infected, a larger proportion of them would die or be long-term affected. The fact that it seems true that you can get COVID-19 more than once, and get sicker each time, increases the potential severity of the problem. Risk would also increase due to people moving up into the aging cohorts, thus becoming more vulnerable to COVID-19. Hospitals would become centres of infection, rather than beneficial, their knowledge base and function would deplete as staff succumbed to death, chronic illness, and fear. Their services would no longer be available to surgical and medical cases unrelated to COVID-19.

You do not need to apply to parliament to extend Emergency Powers - they can can be extended by the Government up until the maximum period of 6 months. Under current legislation, there is no extension beyond this. This is not an extension, it is new legislation. It is quite possible that if we are going to introduce new legislation, we could instead simply authorise enforcement of quarantine and mask wearing - those are the only powers needed. That is all that is needed to stop the spread. There is no need for curfews or travel restrictions - certainly not after our recent 6 week lock down - as long as quarantine and contact tracing is done properly - that should be the government's focus.