A national emergency? - you bet it is, partner 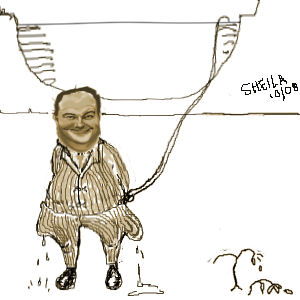 At the conclusion of the program, any independent observer of the Four Corners report, aired by our national broadcaster last night, 20 October, would have risen somewhat unsteadily from the couch, staggered by the degree of ignorance and/or greed displayed by many of those at the heart of the Murray-Darling crisis: politicians and water-users alike.

We are now at the mercy of Queensland's water minister

The future for the Darling itself can only be grim as long as the apparently myopic Queensland Minister for Natural Resources and Water continues with the Queensland Government’s hasty application of absurd dollar-values to water licences virtually donated to their agribusiness cronies, including previous parliamentary colleagues, not so very long ago; valuations curiously based, not on projected volumes of available water, but on the size of the dams constructed, and still being built, by these agribusinesses and other water-speculators, anywhere where the natural flow of surface-water can be impeded.

Privatisation of Murray-Darling water by stealth?

These individuals are not driven by any desire to tend for the land, toiling for a well-earned crust; they are simply committed to the privatisation-by-stealth of Murray-Darling water - and the vast profits that they will be able to reap from their investment in the water-scarce future which we are all facing. This has been their underlying agenda for some time, but last night on national television they stepped out of the closet and admitted the fact – such is their disdain for the true farming communities of the region.

As an apolitical organisation, Fair Water Use has been a more than occasional critic of Senator Wong, but it can scarcely be a surprise that the Minister appeared phased during her interview when you consider the pressure that these individuals, groups and governments are applying - attempting to derail the initial efforts of the Federal Government to counter the endemic abuse of the resources of the Murray-Darling.

It is evident that these corporate cowboys, active throughout the entire Murray –Darling Basin, will continue to leech its life-blood, as long as their State Governments are also riding high in the saddle, assisting them in their activities. Sadly, despite the COAG rhetoric, it is becomingly increasingly clear that the States have little if any intention of dismounting to cede their control of Murray-Darling water. 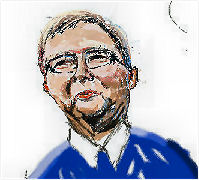 - Unless our elected representatives in Canberra rise to the occasion and show true leadership.

Article by Dr Ian Douglas of Fair Water Use Australia

Fair Water Use repeats its call for the declaration of a State of Emergency and the establishment of a Royal Commission of Enquiry into the management of the Basin.