The Russian military says that the United States' missile strike on Idlib, August 31, has jeopardized further implementation of the ceasefire in the Idlib de-escalation zone, as well as disrupting it in a number of areas.

MOSCOW, September 1. A US airstrike on Syria’s Idlib province has left numerous casualties and a major destruction, the Russian Center for Reconciliation of Opposing Sides in Syria (part of Russia’s Defense Ministry) said in a statement on Sunday.

The US carried out the airstrike at 3 p.m. on August 31 on an area between Ma’arrat Misrin and Kafr Haya, the center reported. 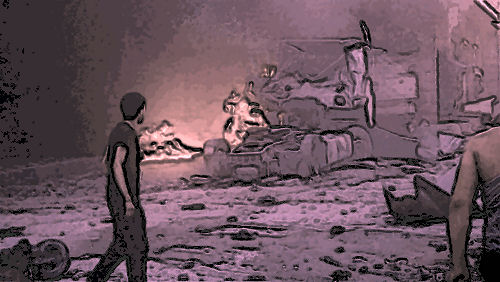 "There are numerous casualties and a major destruction in the settlements targeted by the US airstrike," the center said, stressing that this strike came in violation of the earlier reached agreements because Washington had not notified Russia and Turkey about its plans.

"Despite the shellings carried out by militants, provoked by the US strike, the Syrian forces are currently observing a moratorium on carrying out combat actions in the interests of achieving peaceful settlement in the Idlib de-escalation zone as soon as possible," the statement reads.

According to the Russian military, at 6 a.m. on August 31 at the initiative of Russia and Turkey the Syrian army unilaterally declared a ceasefire across the Idlib de-escalation zone, and notified all parties to the conflict. "Over the past day the government forces have strictly complied with their undertaken commitments. Flights of combat aviation of Russia’s Aerospace Defense Forces and the Syrian Air Force have been fully suspended," the centre said.