Poverty, unemployment, homelessness, and overcrowding stalk more and more Hong Kong citizens. The United States is pushing for regime change, but that won't change anything for the better. In this half-hour video about the Hong Kong riots, and more about the US attempts at regime-change there than you will hear elsewhere, Michelle Greenstein gives a rundown on the social problems that have made the Hong Kong poor ready to riot. Although Greenstein talks about wealth inequality and the need for better distribution, she fails to identify what it is about Hong Kong's system that has caused these massive social disparities and housing shortfalls. The Hong Kong inheritance system is probably a major contributor to Hong Kong's wealth disparity and homelessness, however. Hong Kong's system is similar to Australia's and that of most American states. Inherited from Britain, it allows parents to disinherit their children and to leave property to anyone they choose.[1] This permits the alienation of property from families and its aggregation within corporations, other families or individuals, in fewer and fewer hands. The people lose control of the place. It is in this way that property speculation has come to rule over democracy in Hong Kong. The Hong Kong population and property growth lobby has taken over by engineering Hong Kong's population growth, with immigration numbers about three times as high as natural replacement numbers since 2014. A pretext, as in Australia, is that immigrants are needed to combat 'population aging'. We can see that Hong Kong citizens have been trying to control things from their side by having lower and lower birth rates, but the ruling classes have simply overruled them by pushing high immigration, to push up housing prices, despite the homelessness this creates. The rules for immigration are similar to Australia's, especially in the encouragement of foreign students to apply for permanent status.[2] Foreign domestic workers make up 4% of Hong Kong's population! [3]

The same thing is happening to Australia, which has similar inheritance laws and has been saddled with malignant growth by the property development lobby, which has taken over all the main political parties and governments, and pushes mass immigration.

Some may be surprised to know that the Republic of China does not allow the dispossession of children except in extraordinary cases. It has similar laws to France. These laws, which make parents financially loyal to their children also have a wealth-equalising principle. Whilst it is true that people can be come very rich in China and France (although less so), Australian or Hong Kong inheritance laws would make things much much worse. 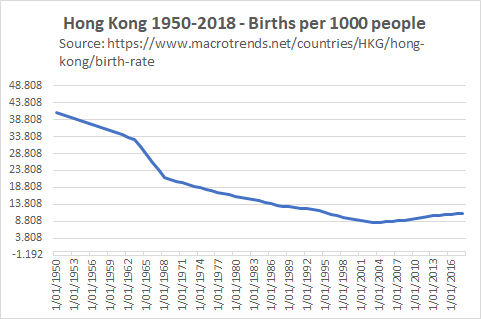 Lawyers love this kind of law, for obvious reasons - it gives rise to so many disputes. See this comment from "Testamentary freedom and disinheritance in Hong Kong.">

"[...] unexpected exclusions in a loved one’s will can cause untold pain, and bitter dispute that can divide families for years to come.

Many countries choose to pre-empt such issues with strict laws covering succession and inheritance. One such example is France, where the estate of the deceased is automatically divided equally between their surviving spouse and children. [...]