Daniel Ziffer's journalistic effort for the ABC Saturday May 9th, "Calls to cut immigration often ignore Australia's economic and social reality," was sparked off by Shadow Minister for Immigration and Home Affairs, Senator Kristina Keneally's week old article, calling for a review of the numbers of skilled temporary workers. The purpose of the review she was calling for was to give Australians who have lost their jobs due to coronavirus lock-down, first preference in the job market when "normality" returns. This mild and reasonable suggestion has met with a frenzy of opposing articles in the mainstream media, and this ABC concoction is yet another of these. 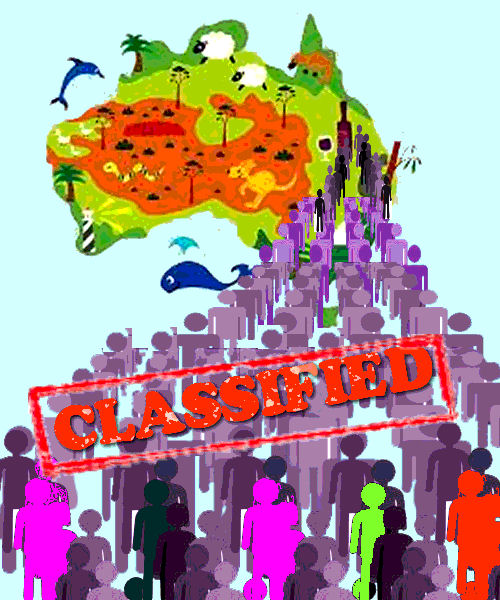 In summary, the article is making the points that our social reality is multi-ethnic, as indicated in a photograph; and that senator Keneally, because she is an immigrant, has no moral right to suggest lowering the numbers of skilled temporary overseas workers following the Covid 19 crisis. Ziffer wrote (in the article) that Australia's important money-earners include "opportunity and growth". He uses the example of a successful migrant who is making money from population growth, which in turn is meant to illustrate the need for ongoing immigration and population growth (!).

Ziffer also notes that GDP per capita is actually falling, wages are "stagnant", and that people feel they are going backwards. Yet he later says that "We've become vastly rich — economically as well as a society — because of our diverse make-up." (!) Which is it? Are we feeling left behind or are we vastly rich? Does it depend who we are?

His closing comments relate to his earlier criticism of Senator Keneally for having the temerity, as a migrant, to make a public statement on immigration settings, even though she is the Opposition spokesperson on Immigration and Home Affairs!

He finishes up lurching to the extreme of calling this, "closing the door" to immigration (which was not suggested by Ms Keneally nor any other published commentator in the news this week), saying this cannot be done, because it would mean all of us - apart from the just over 3% of us who are of Aboriginal or Torres Strait Islander heritage - would be denying our ancestors, since they were all migrants.

So, from the Ziffer perspective, Australia is locked into perpetual immigration, at a rate that cannot be questioned, by those who live here, those who come here, and even by the the Shadow Minster for Immigration and Home Affairs!